Guy Lancaster is the editor of the online Encyclopedia of Arkansas, a project of the Central Arkansas Library System, and is the author of Racial Cleansing in Arkansas, 1883–1924: Politics, Land, Labor, and Criminality, editor of Bullets and Fire: Lynching and Authority in Arkansas, 1840–1950, and co-author of the revised edition of Blood in Their Eyes: The Elaine Massacre of 1919. 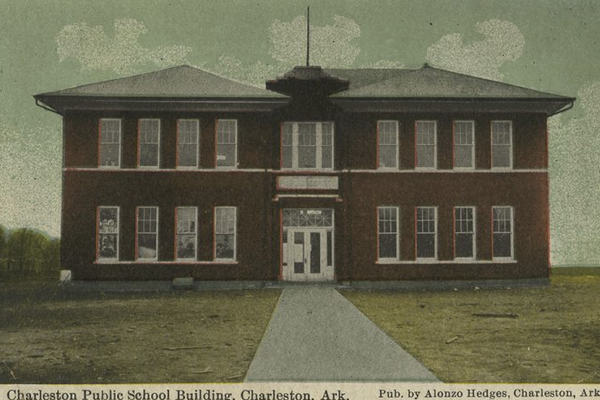 If you watched the Republican National Convention at all, you were probably struck by the expressions of fear that permeated the proceedings—namely, the fear that any failure to re-elect Donald Trump as president of the United States would result in the collapse of the American experiment, if not the dissolution of civilization itself. Words to that effect were spoken many times over; Trump himself, accepting the nomination, said, “This election will decide whether we SAVE the American Dream, or whether we allow a socialist agenda to DEMOLISH our cherished destiny.” (The capitalization is original to the transcript.) But can we take their expressions of concern at face value, or does the Republican Party’s rhetoric conceal another fear entirely?

If we roll back several decades, we find that those who opposed school desegregation similarly warned of the collapse of civilization if black and white students were allowed (or “forced”) to study in the same buildings. But reality proved them wrong. The very first school district in the former Confederacy to desegregate following the 1954 Brown v. Boarddecision was that of Charleston, Arkansas, although it did so rather secretly. This small school district in the western part of the state had been paying to bus black students to Fort Smith for their education, and so the decision to desegregate was as much economic as it was moral. Local leaders did not seek to attract national attention to the fact that eleven African American students were admitted on the first day of classes on August 23, 1954, and desegregation went off with very little opposition.

The first reported school desegregation in the former Confederacy occurred in Fayetteville in the northwestern corner of Arkansas. Seven black students entered Fayetteville High School in September 1954. The only opposition was one lone woman with a placard, despite the district having announced publicly their intentions. And although black students did report instances of harassment and the use of racial slurs during the school year, a certain camaraderie seem to have formed between black and white students. Many local schools refused to play the integrated Fayetteville football team, and when Coach Harry Vandergriff gave his players the option of benching black players or forfeiting the games, they chose the latter.

By the following year, however, segregationists had apparently had enough with the success of school desegregation efforts, drawing a line in the sand at Hoxie, a small town in northeastern Arkansas. As at Charleston, school district officials pursued desegregation to save the money of having to bus black students to the city of Jonesboro, but also because such an act was, in the words of Superintendent Kunkel Edward Vance, “right in the sight of God.” And so on July 11, 1955, all school facilities at the local white school were opened up to black children. Everything seemed to be going okay for the next weeks, but later that month, Life magazine published a pictorial essay highlighting the success of desegregation and showing white and black children playing and studying together. Soon, outsiders began flooding into the town, raising the threat of violence. Although they were not successful in rolling back desegregation at Hoxie, they developed the techniques of harassment and intimidation that would come into play two years later in the much-publicized desegregation of Little Rock Central High School, when the federal government was forced to call out the National Guard to restore order after nine black students attempted to enter the school. Finally, segregationists could point at the violence they created and assert, with much more confidence, that letting black and white students study together would disrupt civilization as we know it.

Segregationists insisted that difference between black and white was unalterable and would necessarily produce violence conflict if the proper hierarchy were not maintained. Interestingly, as the battles over school desegregation were raging in America, the study of primatology was coming into its own, giving us a glimpse into the deeper realities of human nature. The first overview of the subject was Irven DeVore’s 1965 Primate Behavior: Field Studies of Monkeys and Apes. In this book, DeVore insisted that aggression in savannah baboons “is an integral part of the monkeys’ personalities, so deeply rooted that it makes them potential aggressors in every situation.” But later studies called this “fact” into question. In the 1980s, Robert M. Sapolsky was studying a particular baboon troop when a neighboring troop began foraging at the garbage pit of a nearby tourist lodge, which provided a wealth of high-energy foods, such as discarded beef and chicken and sweets. Soon, certain members of Sapolsky’s troop began going over to this garbage pit every morning to fight over these new resources. As Sapolsky writes in Behave: The Biology of Humans at Our Best and Worst, these baboons typically “were male, big, and aggressive. And morning is when baboons do much of their socializing—sitting in contact, grooming, playing—so going for garbage meant forgoing the socializing. The males who went each morning were the most aggressive, least affiliative members of the group.”

However, some of the meat over which these baboons were fighting came from tubercular cows, and soon TB wiped out not only most of the troop that had found the garbage pit, but also those males from Sapolsky’s troop who were going there. He returned to his troop some years later and discovered that the culture had changed radically. Not only were levels of aggression lower across the board, but “there was minimal displacement of aggression onto innocent bystanders—when number three lost a fight, he’d rarely terrorize number ten or a female.” And the social culture was being transmitted. Adolescent males typically leave their own troop, and those who entered this one were greeted with affiliative overtures by the less-stressed females, such as grooming or sexual solicitation, much earlier than in other troops, and soon assimilated to this new culture themselves.

What does all of this talk of school desegregation and primatology have to do with the rhetoric coming out of the RNC? Simply this—that our culture can change in egalitarian ways without threatening our survival. The previously thinkable can become simply an everyday reality for us, and quickly, too. Black and white children can attend school together without conflict, even in some godforsaken corner of a state not known for its progressive worldview. Those appealing to the power of tradition must create conflict in order to prove their point. Natural hierarchies are anything but; they are not written in our DNA. The study of more “primitive” species illustrates that fact.