Noah Shusterman is Associate Professor of History at the Chinese University of Hong Kong, and is the author of Armed Citizens: The Road from Ancient Rome to the Second Amendment. Follow him at @ncshusterman 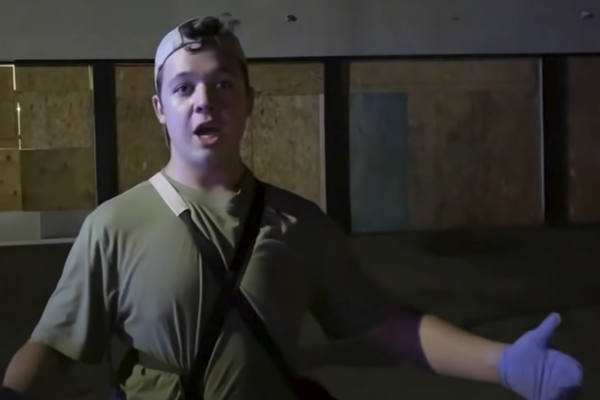 Kenosha shooter Kyle Rittenhouse’s lawyer made headlines recently when he claimed that his client’s gun possession fell under the “well regulated militia” clause of the Second Amendment. The claim was novel, at best; the Supreme Court rulings striking down some gun control laws have made a point to not strike down the very idea of gun control. Even for those eager to see both some level of sanity in US gun laws and some measure of justice for the men killed in Kenosha, the proposed defense was enough to raise questions about the lawyer who made them – John Pierce, whose past clients include Rudy Giuliani – and about the competence of Rittenhouse’s representation. Experts in modern case law have already made clear that Mr. Pierce’s claims about a member of the militia having the right to carry any weapon anywhere lack any legal validity.

Those claims also lack historical merit, and that they could get as far as they have is one more sign of the general ignorance in today’s America about what the militia was when the Bill of Rights was written and, therefore, what the Second Amendment was supposed to accomplish. So first things first: Rittenhouse was not part of the militia. Not in the way that the Second Amendment intended, in any case, nor by any eighteenth-century definition of “militia.” If anyone in Kenosha could claim to be part of the militia, it was the National Guardsmen there (more on that below).

The eighteenth-century militia was an official institution which answered to the state government and, before that, to the colonial governments. To the extent that the militia ever was “well regulated,” one could not simply declare oneself a member; nor, for that matter, could the men whom Rittenhouse shot declare that they were not members. The militia as it existed in the eighteenth century was the backbone of a system of citizen military institutions that died a long time ago. There were scores of old militia laws, from both the colonial era and from the early state constitutions. Those regulations made a few things clear – which, though common knowledge at the time, seem unknown by most Americans today, including those who insist on their status as “Second Amendment supporters.”

In the eighteenth century, militia membership and participation was not a choice. The men in it were legally required to participate. To put this in more concrete terms, the colonial regulations would state that all men “16 to 60,” or “above seventeen years and under sixty,” or “21 to 60,” etc., would be members of the militia. There were often qualifiers to this, such as “all able-bodied men,” or “all free male persons.” Most of the adult men not in it were prohibited from participating, or even from owning weapons. As one might expect, this division was racial – white men were required to be part of the militia and non-whites were either excluded or limited to specific positions like drummer or scout. There was some variation with these lines; poor white men were in most but not all of the militias, and Catholics were occasionally excluded, but as a general rule of thumb white men served in the militia, women and men of color did not. This was no accident, nor was it just symbolic – with little to no professional police or military forces, the militia was how whites maintained their domination. The militia was also how whites in slave states prevented enslaved people from rising up, and it was how communities along the frontier were able to take land away from Native American tribes. Rather than relying on full-time professionals, the citizens – a status limited at the time to white men – participated part-time in their local units, in which anyone eligible was required to register, and the officers in that unit kept registers of those men. The militia also trained together several times a year. Men who were required to participate but who chose not to were subject to fines and other penalties.

It is fair to note, though, while that militia was a key institution in Colonial society and in the first decades of the republic, it never was never as well regulated as its advocates hoped. The regulations themselves often mentioned the sorry state into which the militia had fallen. Virginia’s 1755 militia act, for instance, noted that the previous acts "hath proved very ineffectual,” and as a result “the colony is deprived of its proper defence in time of danger." So in Pierce’s defense – although this is hardly sufficient – the militia rarely lived up to its goals, or acted as its regulators expected it to. It was also not unknown for the men who made up the militia to reject their government and rise up in arms against it, and even claim to be the militia while doing so. Shays’s Rebellion and the Whiskey Rebellion are the two most famous examples of this. When that happened, there was relatively little that a governor could do. And while those rebellions were always put down eventually, the punishments on the men who participated were fairly mild (especially if compared to the punishments meted out against enslaved people who participated in any sort of rebellion). There were also occasions like the 1782 Gnadenhutten Massacre, when local militia men took it upon themselves to execute unarmed Native Americans who were not at war with the US, leading to widespread condemnation, but not to any criminal charges against the militiamen. Still, the constitution’s militia clause made it clear that the role of the militia was to suppress insurrections, not to participate in them.

The militia, then – that “palladium of liberty” – was a messy and unstable institution whose members often resented having to participate, and which at times rose up and left the government in desperate straits. It was also only really effective at maintaining racial divisions and inflicting violence on non-whites. So it’s not surprising that as the United States grew, the militia became less popular. During the first years of the Republic, there were several plans to revitalize the militia, all of which died on vine – both under Washington, who was skeptical of the militia’s potential on the battlefield, and under Jefferson, who was more enthusiastic about its possibilities. Over the course of the nineteenth century professional forces began to take over many of the militia’s duties, both as an internal police force and as an external army. The Militia Act of 1903 provided a long overdue acknowledgment that the militia of the founders’ generation was dead; in its place came the “organized militia,” which consisted of “the regularly enlisted, organized, and uniformed active militia” – henceforth to be known as the National Guard (as it was already known in much of the US). The “unorganized militia,” meanwhile, consists of all remaining “able-bodied males” aged seventeen to forty-five – a fact unknown by most of the members of that unorganized militia, as it brings with it no obligation to train, register, or do anything else whatsoever.

Replacing the citizens’ militia with paid professionals has hardly been a perfect solution, as the Black Lives Matter movement has shown (following in the footsteps of a long tradition of civil rights’ groups criticisms of police violence and racism). The uneasy overlap between professional police and racist vigilantism has also been a recurring problem, as shown by the presence of someone like Rittenhouse – an admirer of the police – taking part in vigilantism.

So Rittenhouse does have his historical precedents – and if his lawyer wants to argue that, by attempting to repress the Black Lives Movement, Rittenhouse was acting in the spirit of those eighteenth-century militias which went outside the law and defied their state government, and especially those who did so in the interest of promoting white supremacy – his case would be fairly solid. It would not, however, be an exoneration. Far from it. What Rittenhouse and his lawyers cannot argue is that he was part of the well-regulated militia. Unlike the National Guard, which is under government authority, Rittenhouse was not acting as that militia had been legally required to act. Beyond that, though, the militia which the Second Amendment declared “necessary for the security of a free state” died a long time ago.