Steven P. Millies is Associate Professor of Public Theology and Director of The Bernardin Center at the Catholic Theological Union. 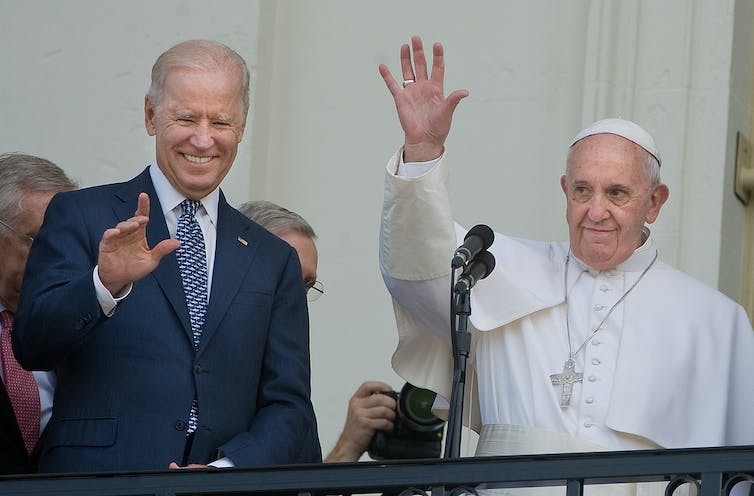 Running to become the first Catholic president of the United States in 1960, Sen. John F. Kennedy told an audience of wary Protestant ministers that “if the time should come … when my office would require me to violate my conscience or violate the national interest, then I would resign the office.”

Sixty years later, Joe Biden has become the second Roman Catholic to win the White House, and some prominent Catholics and bishops now appear to believe that the only way a Catholic should hold office is by putting conscience before what the law says about culture war issues like abortion. Five decades of abortion politics have taken a toll.

The Roman Catholic Church is more diverse and more divided than it was 60 years ago. American Catholics have just been through an election season that brought accusations of “Catholic in name only” against Catholic Democrats like Biden and a bitter debate about the best way for a “good Catholic” to vote.

Having observed and written about Catholics and American politics for 30 years, I believe this moment provides an opportunity to promote the diversity of Catholic social teaching rather than seeing it through the preeminent, singular lens of abortion. In Joe Biden, Americans have a president who seemingly views policy through his Catholic faith, but in a less divisive way. American Catholics have a chance to follow this example into a new engagement with American politics.

For five decades, conservative Catholics and Republican leaders in the U.S. have tried to win over Catholic voters to an agenda that serves the interests of the GOP, especially on abortion.

Despite these overtures in our national politics, that agenda never really has found any success at the federal level. Roe v. Wade is the law today as much as it was in 1973. 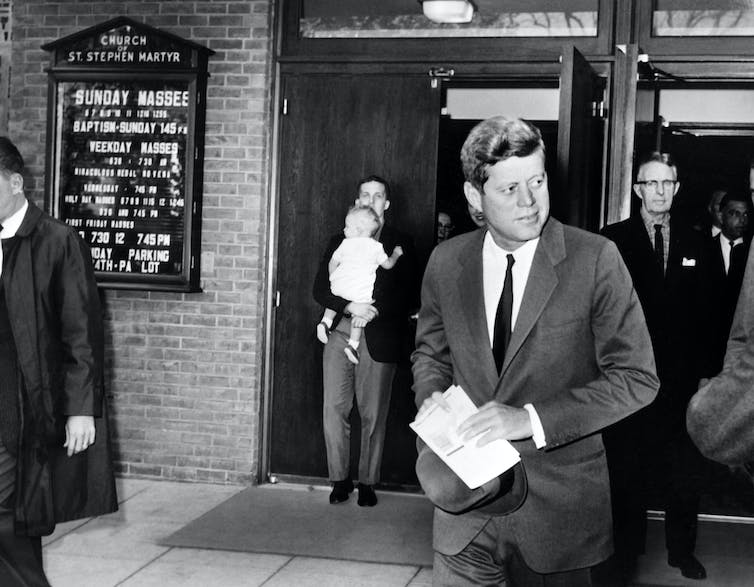 The Catholic Church of JFK is a far cry from what it is today. STF/AFP via Getty Images

The Catholic Church today is very different from the one to which JFK belonged. The church is more diverse, but it is also shrinking rapidly. And, increasingly, the Catholic Church is a body at war with itself. Biden is a different sort of Catholic for this moment.

Biden has worn his Catholicism on his sleeve throughout his career – but especially during this campaign. In September, he quoted Pope John Paul II when he when he called on Americans to “be not afraid.” And quoting from a familiar Catholic hymn in his first address as president-elect, Biden has sent strong signals he sees his faith as a way to heal, and to lead.

From FDR to Pope Francis

A week before Election Day, Biden went to Warm Springs, Georgia, a place best known for its association with Franklin D. Roosevelt, who returned many times to recuperate from illness before dying there in 1945. In that sense, the appearance by Biden signaled an administration that hopes for New Deal-level reform and transformation. Yet Biden’s inspiration was not limited to FDR. He quoted at length in Warm Springs from the most recent papal encyclical, “Fratelli Tutti.”

An encyclical letter is an authoritative way that popes teach Catholic doctrine, and Pope Francis released a new encyclical in October. In part, “Fratelli Tutti” said, “Politics is something more noble than posturing, marketing and media spin.”

Overall, the passages Biden chose to quote suggest that he may be thinking about how his own Catholic faith should guide his approach to leading a nation made up of Catholics and even more non-Catholics.

“For those who seek to lead,” Biden said, quoting Pope Francis, “we do well to ask ourselves, why am I doing this? What is my real aim?”

The message of “Fratelli Tutti” can be summed up in the phrase “we are all in the same boat.”

The social teachings of the Catholic Church offer a place to begin crafting a policy agenda that could enjoy broad support among Democrats while also enlarging Catholic political engagement in a way that goes beyond the abortion question.

For example, in “Fratelli Tutti” Pope Francis described how Catholics believe in a just distribution of wealth. He quotes John Paul II, who said, “God gave the Earth to the whole human race for the sustenance of all its members, without excluding or favoring anyone.”

“Fratelli Tutti” called for “defense of the environment,” attention to unemployment and the creation of jobs that help people “earn a living by their own efforts and creativity.” Pope Francis said he hopes society can learn from the pandemic and reverse the “dismantling” of health care systems.

Meanwhile, the Catholic Church condemns racism in the same terms as it condemns abortion – it is an intrinsic evil. Pope Francis does not name police violence in “Fratelli Tutti,” but he speaks passionately for racial justice, and he calls for “solidarity” against “new forms of violence threatening the fabric of society.”

Hundreds of thousands of young people demonstrated in American streets during this past summer. Whether Catholic or not, they share these values with Pope Francis and Joe Biden.

That agreement holds potential for a new sort of moment in the Democratic Party, in the Catholic Church and in the United States.

Besides President-elect Biden, there are other rising leaders in the Democratic Party who are Catholics – such as Julián Castro, Ted Lieu and Alexandria Ocasio-Cortez. Leadership that summons Americans to recognize “we are all in the same boat” could heal divisions by bringing voices together over an agenda Catholics and non-Catholics can embrace.

Catholics have been prominent in American politics for almost a century. Since abortion came to dominate our politics in the 1970s, the choice between Catholic conscience and public service has been framed as a one-way street toward just one destination.

There is great diversity within Catholicism. A Biden administration offers a chance to unleash that diversity both as an expression of faith and by embracing all Americans, Catholic or not.

The ATS is a funding partner of The Conversation US.