The Plague in Ancient Athens: A Cautionary Tale for America

Contributing editor Fred Zilian is an adjunct professor of history and politics at Salve Regina University, Newport, Rhode Island. He is the author of From Confrontation to Cooperation: The Takeover of the National People’s (East German) Army by the Bundeswehr. Tweets @FredZilian. 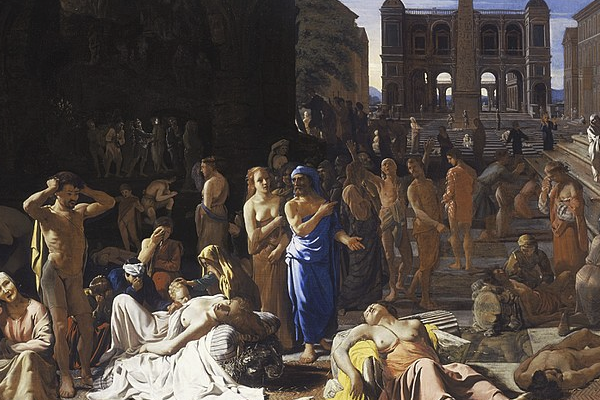 The Plague of Athens depicted in Plague in an Ancient City, Michiel Sweerts, c. 1652–1654

Twenty-four hundred fifty years ago the ancient Greek city-state of Athens—Western civilization’s first democracy and one of the political systems our founding fathers studied—came under great stress. In 430 BCE, in the second year of a war, it was hit by a plague. As Athens was challenged, so the U.S.—under stress from the COVID-19 pandemic, from a fraught, polarized political class and citizenry, and from a sitting president who will probably never concede the election—faces great challenges. While our health experts and political leaders draw lessons from the current pandemic and plan for future ones, Athens’ experience should serve as a cautionary tale for our democracy.