William Lambers is an author who partnered with the UN World Food Program, the 2020 Nobel Prize Winner, on the book Ending World Hunger. His writings have been published by the Washington Post, USA Today, Baltimore Sun, History News Network and many other news outlets. 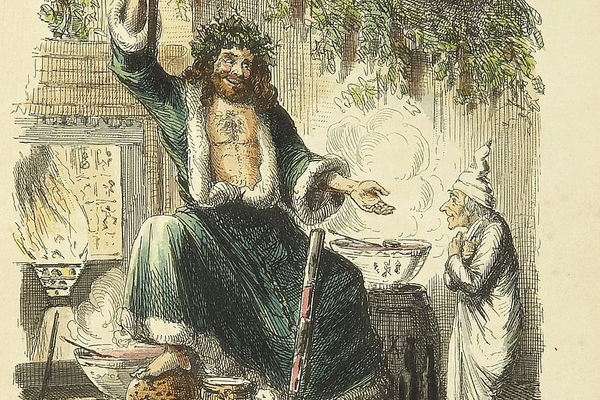 A Christmas Carol to Feed the Hungry

Imagine if the ghosts from the Charles Dickens classic A Christmas Carol were to visit us today. Those spirits would surely remind us to do the right thing this holiday: feed the hungry.  This takes on even more urgency as we face the biggest global hunger crisis since World War II.

When Dickens wrote A Christmas Carol in 1843 he wanted to raise awareness about hunger and poverty. Dickens had seen hungry and suffering children in England, and had personally experienced the hardship of being poor while growing up.

His story about the selfish Ebenezer Scrooge and his transformation, after being visited by the ghosts of Christmas, shared a message of charity.  Dickens wanted to make Christmas a heartfelt time of helping the poor and extend it year round.  He would surely delight in seeing the ghosts of Christmas Past, Present and Future in action again today.

The Ghost of Christmas Present would show how desperate the hunger crisis is both at home and abroad. Families are struggling to put food on the table and long lines have been forming at America’s foodbanks.  The Ghost would also show scenes in other countries of families impacted by war and drought. They are struggling to find any food to survive.

Charities are short on funding to feed the hungry. Needs keep rising but food aid budgets are not. The Ghost of Christmas Present would show families depending entirely on food from the WFP and other relief agencies. You would also see scenes of reduced rations for families because funding has been low. WFP and other charities are appealing for more funds to feed the hungry, otherwise more victims will be without food.

The WFP director David Beasley warns that 270 million people may be facing starvation worldwide unless we take action.

The Ghost of Christmas Future would show us the horrible scenes of famine and people starving to death in 2021. By next Christmas we will have witnessed “famines of biblical proportions” unless we take action now.

In A Christmas Carol Ebenezer Scrooge gets a second chance after his visit with the ghosts. Scrooge changes his ways and becomes filled with the Christmas Spirit. His new giving ways help save Tiny Tim, the sick child of his employee Bob Cratchit.

We all have a chance this Christmas to open up our hearts and rescue the hungry. You can make a donation to a local foodbank and charities like WFP, Catholic Relief Services, Save the Children, CARE or UNICEF. Even playing the online trivia game FreeRice raises donations for WFP. Writing a letter to Congress about supporting aid can bring gifts of food to the hungry year round.

At the end of A Christmas Carol Tiny Tim says “God Bless us, Everyone.” Truly, everyone deserves that basic right of food and to live free from the fear of starvation.