Not the First Mob Attack on the Government in D.C.

Stan M. Haynes, a Baltimore attorney and historian, is currently working on a book of historical fiction set during the Tyler presidency. 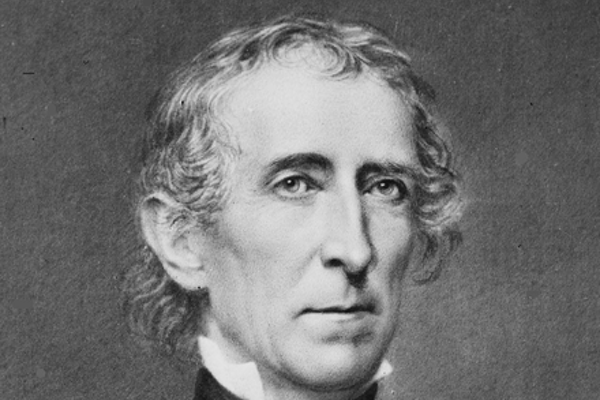 An angry mob marches up Pennsylvania Avenue intent on attacking the building housing a branch of the federal government.  Security barriers are breached and there is violence. The occupants inside quake in fear for their lives. Sound familiar?

January 6, 2021, was not the first time such a scene played out in the nation's capital. It also happened on August 17, 1841. Then, the mob's fury was not directed against Congress and the Capitol Building, but against the president and the White House.

Five months earlier, in April 1841, Vice President John Tyler had assumed the presidency upon the death of President William Henry Harrison. The sixty-eight-year-old Harrison, the first president of the Whig Party, had given a longwinded inaugural address in cold weather. He developed pneumonia and was dead a month into his term. Tyler, a former Democrat and a state's rights Virginian, was only nominally a Whig, having been placed on the ticket at the party's convention to attract southern voters to Harrison, who then resided in Ohio.

The Whig Party’s agenda called for a federal role in the financing of roads and canals, infrastructure to build the economy of the still-young country. The key bill of the Whigs in Congress, which they passed in early August, provided for the reestablishment of a national bank to help promote economic development. Eight years earlier, President Andrew Jackson, a Democrat, had killed the prior national bank, attacking it as a tool of the elite and as an enemy of the common man.

On August 16, President Tyler’s son, an aide on the White House staff, delivered his father’s veto message to a crowded Senate chamber. The bank was unconstitutional, wrote Tyler, a federal infringement on the rights of the states. Whig senators sat dumbfounded in their seats. There was hissing in the gallery. A Whig president had just vetoed the signature item of the party’s economic agenda. Democrats were delighted.

The next evening, August 17, and into the early morning hours of August 18, a mob descended on the White House, carrying torches and blaring horns. Many of those in the crowd were inebriated. They went through the gates and assembled near the North Portico. “Down with the veto!” they shouted, and “Huzzah for Clay!,” a reference to Senator Henry Clay of Kentucky, the leader of the Whig Party and the main proponent of the vetoed bank legislation. The vocal protest became more threatening. Stones were thrown at the White House and rifles were raised skyward and fired. Later, a scarecrow-like figure was raised high into the air and set ablaze. The president of the United States was burned in effigy steps away from his own front door.

Tyler and his family were inside, including the first lady, Letitia, who was virtually an invalid, having suffered a debilitating stroke a couple of years earlier. In the evenings, there were no police nor other security personnel at the White House, leading to a realistic fear by the family that the mob could break through the doors or windows and assault the president. The Tylers roused some of the servants in the house and, as candlelight appeared in the windows of several rooms, the mob, apparently afraid of shots being fired in its direction from inside, or having lost its nerve, departed.

The District of Columbia government quickly adopted a resolution condemning the attack on the president and his family by “worthless individuals” and some arrests were made. Within days, Tyler was burned in effigy at protests in St. Louis, Nashville, Louisville, and other cities. In Ohio, a demonstration against the veto of the bank bill featured a gallows, specially made for the occasion. At the time, Tyler downplayed the protests and took the high road. He wrote that “the light reflected by burning effigies has only served to render the path of duty more plain.”

When those arrested came to trial, the president delivered to the court a letter requesting leniency. The demonstration, he wrote, “was one of those outbreaks of popular feeling incident, in some degree, to our form of government, and entirely evanescent and harmless in character.” Given this, the prosecutor asked that the charges not be further pursued, which the court granted. The attorney for the defendants expressed the regret of his clients for their actions, and their gratitude for the president’s magnanimity.

Tyler won the political battle that generated the protest against him. Congress failed to override his veto of the bank bill and, when a second bill was passed a couple of weeks later addressing some of his concerns, he also vetoed that one and his veto was sustained. After the second veto, the frustrated Whigs in Congress officially ejected him from the party.

The 1841 mob attack on the White House led to a needed reform. The next year, Congress appropriated, and the District of Columbia established, a nighttime police force, known as the Auxiliary Guard, to patrol the city in the evenings, including the White House grounds and surrounding areas.