Reverberations of the Photography of Jazz

Jeffrey Mifflin is a retired archivist, historian, and jazz aficionado.  His articles and book reviews have appeared in over 25 journals and magazines. 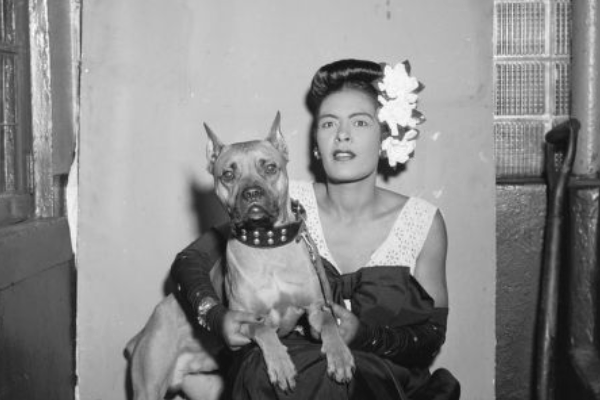 “Jazz and photography, art forms whose only similarity may be that of improvisation, have developed a magnificent synergism.” – Lee Tanner, The Jazz Image: Masters of Jazz Photography (New York: Abrams, 2006), 8.

Much has been written about the association of jazz with race and racial identity. This article looks at the photography of jazz over time and suggests ways in which jazz photographs served as a vehicle for African American expression and self-assertion; acceptance of jazz and recognition of its largely African American content; and arguments for racial equality. Noteworthy among the photographers who have gained recognition for their striking images of jazz musicians and jazz scenes are Milt Hinton, William Gottlieb, Gjon Mili, Charles Peterson, Ray Avery, Ole Brask, Herman Leonard, Francis Wolff, Herb Snitzer, Lee Tanner, Lee DeCarava, and William Claxton. The canon of jazz imagery formed by the work of these photographers has in recent decades been collected, exhibited, reformatted, and redistributed. The recorded music industry, advertising agencies, jazz connoisseurs, museum curators, and archival repositories have collected these images as a part of a revival in classic jazz that gained traction in the 1980s. 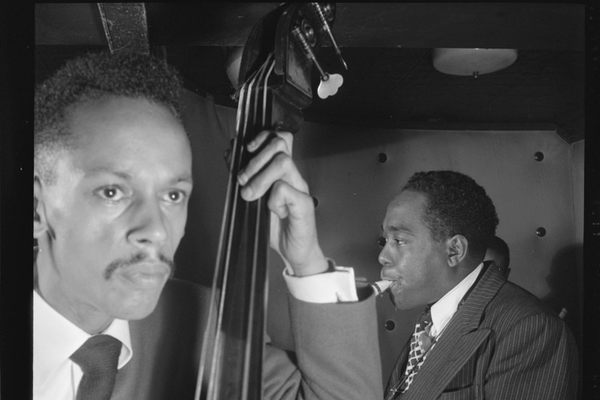 Jazz began in the early twentieth century, and photography was, by that time, a widespread and relatively inexpensive practice. But indoor shots before then required the artificial lighting produced by igniting flash powder, a risky, smelly, and intrusive procedure. Spontaneous photography of jazz scenes was nearly impossible before the invention of the flash bulb in 1931. Major advances were also made in available-light photography from the late 1930s to the mid-1940s, opening a new range of possibilities for capturing performance and back-stage situations, predicated on better lens design and the development of faster films.

A major stylistic breakthrough occurred during William Gottlieb’s relatively short career (1938 to 1948) as a jazz photographer. Gottlieb’s candid shots exhibit a kind of collective improvisation linking the photographer on the scene and the musicians depicted. We see how they dress and how they hold their instruments, what their stance and their faces reveal, and the settings in which they worked and lived. His images capture the immediacy of performance and hint at the mindset of the performers. Relationships of mutual trust between performers and photographers lead to less guarded demeanors and more natural jazz scenes. 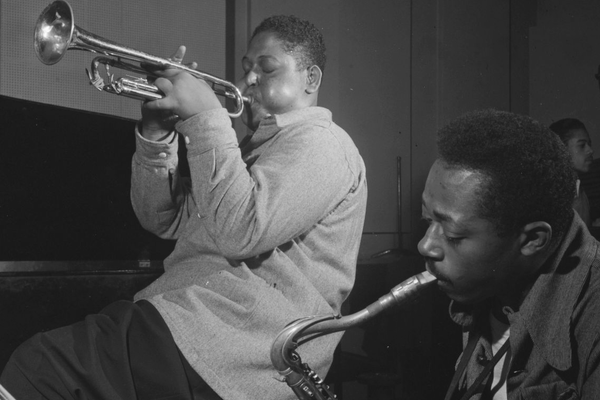 The best jazz photographers often find ways to see behind public presentations and personae. Anthropologists distinguish carefully between “back-stage material” and “front-stage material.” Back-stage observations are accorded more weight as valid insights into what really transpires in a culture. But in jazz photography, the performance and the scene behind the scenes are equally important. “If you don't live it, it won't come out your horn,” Charlie Parker declared (as quoted in Nat Shapiro and Nat Hentoff, Hear Me Talkin’ to Ya, New York: Dover, 1966). And as historian Ben Cawthra suggests, “In the dark rooms and open spaces where jazz has been heard, there has always been a light, just enough for a camera to help tell the tale” (Benjamin Cawthra, Blue Notes in Black and White: Jazz and Photography, Chicago: University of Chicago Press, 2011).

Jazz music and jazz photographs have much to say about the relationship of jazz culture to the larger society and the complexities of race relations in America at different periods. The music has often been considered a voice for African Americans, an outlet for feelings rooted in oppression and determination to overcome such oppression. Photographic documents can flesh out and enhance appreciation of a performer, a band, a concert, a jam session, or a jazz club. Jazz performances are visual as well as aural. And the insights gleaned from looking at jazz photographs can often be supplemented by recourse to the autobiographical reflections of musicians and photographers. Billie Holiday, her hands gesturing to emphasize a line, her eyes tilted upward, inhabits a song in ways that transcend the music and lyrics. Photographs of Lady Day behind scenes can be telling and evocative. An image of her in a strapless white gown backstage in 1953 (Herman Leonard, Jazz, New York: Bloomsbury, 2010, 80) calls to mind her embittered pronouncement that: "You can [have] gardenias in your hair and no sugar cane for miles, but you can still be working on a plantation" (Billie Holiday, with William Dufty, Lady Sings the Blues, London: Penguin, 1984). 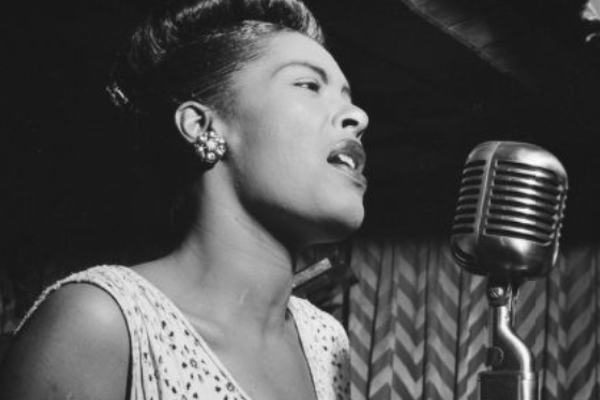 Affirmation of the quintessentially African American heritage in jazz, as Cawthra declared in Blue Notes in Black and White, “had to be constructed and was constructed over time by the enduring musical brilliance of jazz’s major innovators and by the curious interaction of the music with its visual representation.” The photography of jazz created a “visual rhetoric that argued for racial inclusiveness in the 1930s, racial equality in the 1940s and 1950s, and black cultural nationalism in the 1960s.” Through collaboration with jazz photographers, African American jazz musicians staked out a claim to dignity and respect as creative geniuses.

Jazz photography deserves more sustained attention than it has typically received. Jazz photographs are multilayered documents. On the surface, they capture a moment in time: jazz musicians performing or relaxing; the atmosphere of a club; the configuration of equipment at a session; the chaotic clutter of a jazzman’s pad; the reactions of an audience; the studied elegance of Duke Ellington; the odd way Prez (Lester Young) holds his horn; the loneliness of Lady Day (Billie Holiday); the offbeat demeanor and reclusive shades of Thelonious Monk; the cool disdain of Miles Davis; the unhinged genius of Bird (Charlie Parker); the mischief of Dizzy Gillespie; the meditative aura of Trane (John Coltrane); or the laughing-showman façade of Satchmo (Louis Armstrong). On a deeper level, jazz photographs are lodes of information waiting to be mined by those who have the curiosity and qualifications to dig. 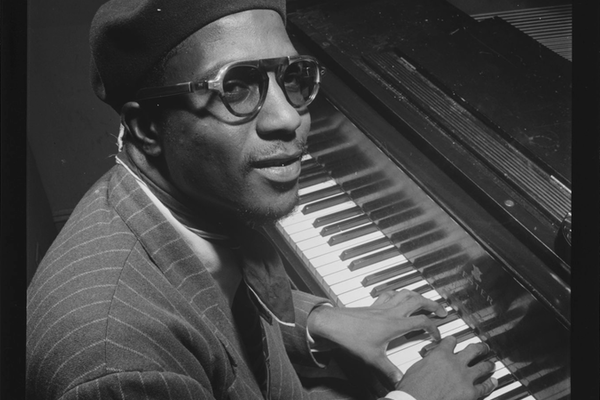 The basement-dwelling, African American narrator of Ralph Ellison’s groundbreaking 1952 novel, Invisible Man, proclaims, as if uttering a manifesto, “I am invisible, understand, simply because people refuse to see me.” Collaborations between jazz musicians and jazz photographers made jazz, its context, its genius, and its racial aspects visible. The visuals humanize and deepen our appreciation of the sounds; and the reverberations that jazz and jazz images have spread throughout the larger world will always be with us.