The Roots of the Politicization of the National Parks Service

Nick DeLuca is a Master's student in public history at the University of Massachusetts at Amherst, who is researching the history of the National Park Service, memory and heritage. 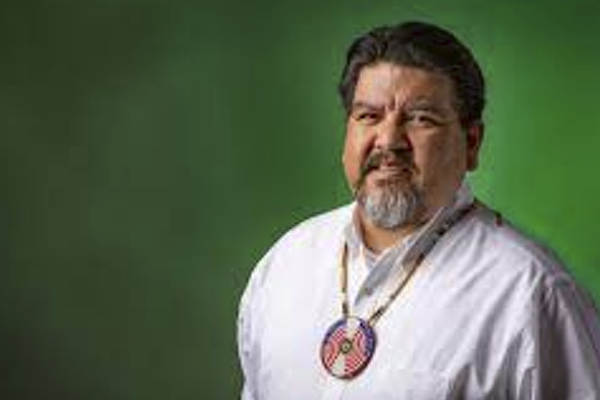 Charles F. "Chuck" Sams III is Joe Biden's nominee to serve as head of the National Park Service. Because Congressional Republicans required Senate confirmation for the post, and the Trump administration chose to appoint acting directors to avoid confirmation hearings, the NPS has been without confirmed leadership since the Obama administration.

On August 18, President Joe Biden nominated Charles F. “Chuck” Sams III to serve as National Park Service Director. The appointment is important for two reasons in particular: first, Sams III could be the first Native American to lead the National Park Service; second, Sams III could be the first person since the Obama administration to hold the position in an official capacity. Both are contingent on the Senate confirmation process, which is a relatively new prerequisite for the top parks job.

On the surface it seems arbitrary that Congress would decide one day in 1996 to throw out the old way of doing things and instead require the president to choose a director with consent of the Senate. Understanding how this came to be is important for understanding the current state of our national parks system and our most treasured landscapes and resources.

US national parks are supremely popular among the American people, and the National Park Service is one of the most favorably viewed of all government agencies. This might lead some to believe that the parks system sits above the political fray. However, America’s parks system has on more than one occasion served as an arena for political posturing and power dynamics, and continues to at present.

In the case of Yellowstone, park mismanagement and unsatisfactory protection of the environment by its first superintendents in the Department of the Interior convinced Congress in 1883 to authorize the Secretary of the Interior to call upon the Secretary of War for assistance if needed. This meant using the strength of the military to preserve the land, conserve wildlife and resources, and exclude, often violently, Native Americans from entering park boundaries. In 1886 the interior department called upon the war department. The Army would occupy and run Yellowstone until 1918.

The shape and administration of the park service has evolved since its creation in the early 20th century. It grew in size and scope, added and recategorized sites of national historic significance, and reached into dense urban centers. But the mid-1990s brought on a more divisive brand of politics.

The Republican Revolution and Our Parks System

In the 1994 midterm elections, the so-called “Republican Revolution” ushered in the first Republican majority in Congress since the 1950s.

The Republican victory was undergirded by the Contract with America, a conservative agenda inspired by Ronald Reagan’s 1985 State of the Union speech and supported by research from the conservative think tank The Heritage Foundation. This legislative roadmap was meant to reinstate the Reagan administration’s goals of reducing the government’s role in private sector regulation and social safety infrastructure. Reagan’s deregulation mandate seeped into the National Park Service.

Russell Dickinson was made director in 1980 under Jimmy Carter, having served the Carter and Nixon administrations as deputy director and Pacific Northwest regional director, overseeing increases in urban parks and national parks in Alaska.

Despite this record of expansion, Dickinson preferred to prioritize park stewardship over growth, a goal that would ebb and flow, after Dickinson’s retirement in 1985, for the Reagan, Bush, and Clinton administrations’ selections for director. Park expansion was anathema to the Reagan administration under Secretary of the Interior James G. Watt, but Dickinson’s knack for stewardship gave him a reputation as a steady hand, and thereby the administration the appearance of fiscal responsibility.

The party of the incumbent administration historically loses seats in American midterm elections. The Republicans therefore saw their 1994 election victory as a rebuke of the Clinton administration and a reinstatement of Reagan era politics. They saw their Contract with America as the deliverance of the federal government into the rightful hands of the people, an echo of Reagan’s notion that "government is not the solution to our problem, government is the problem."

To fulfill their promise to reinstate the Reagan administration’s priorities, Republicans turned in part to the park service. They pushed legislation that called for a reexamination of the criteria and processes for adding new parks to the roster, while also evaluating the state of existing parks. The goal was to slow park expansion to the kind of pace Dickenson had intended.

Clinton’s Secretary of the Interior Bruce Babbitt, along with the National Parks and Conservation Association and other opponents of the Republican measure, called out the legislation as a foul intention to emaciate the entire park system. Ultimately in 1995 the bill was defeated.

The Republicans responded by provoking a direct confrontation with the executive branch. They added to the Omnibus Parks and Public Lands Management Act of 1996 a stipulation that henceforward, the National Park Service Director would be chosen by the president but confirmed by the Senate. Of course, the Interior Department is housed within the executive branch, making this a significant power grab by the legislative branch as well as a partisan political move.

This posed no real issues for Clinton, however. His choice for National Park Service Director was Robert Stanton, a career-long veteran of the Park Service who held positions in parks ranging from Grand Teton to Virgin Islands National Park.

By climbing the National Park Service ladder and holding executive positions for various parks and regions, Stanton had developed strong working relationships with members of Congress on both sides of the aisle. Universally respected by lawmakers, he was confirmed unanimously and became the first Black National Park Service Director.

George W. Bush and Barack Obama’s nominees for director were all confirmed with ease. But the Trump administration flipped the script. Instead of appointing a director at the outset of his term in office, he chose instead to fill the role with a string of acting directors.

“I sort of like acting,” Trump said. “It gives me more flexibility.”

A 2020 article by Nina A. Mendelson, professor at the University of Michigan Law School, explicitly outlines reasons a president may choose to skirt the confirmation process while also calling into question the constitutionality of such a maneuver.

National Park Service Director was not the only Trump administration position held by someone in an acting capacity. Between 2019 and 2020, the Departments of Justice, Defense, Interior, and Homeland Security, along with the Environmental Protection Agency and the Social Security Administration, were all headed by acting officials.

Why? What kind of flexibility did this offer the Trump administration?

According to Mendelson, it could be because the president was unsure his appointee could weather the confirmation process. It could also be an attempt to politicize the agency in question, “in the non-pejorative sense of ensuring that agency leadership policy preferences closely resemble the President's,” she suggested. Not least of these policy preferences could be the ability to dole out political patronage and spoils to loyal supporters.

In his four years in office, the Trump administration named four acting National Park Service Directors, becoming the first president to not name a permanent director.

Evading Senate confirmation for a director evidently suited the administration, but not the National Park Service. Morale throughout the park service continues to be low, in part due to the 2019 government shutdown, the ongoing coronavirus pandemic, and the lack of a stalwart figure at the helm of the service.

By appointing Chuck Sams through the legal process, Biden could help restore confidence and enthusiasm in the park service. Like Clinton he has an opportunity to install an individual who is widely liked, has extensive experience in natural resource and conservation management, and is representative of the nation’s growing ethnic and racial diversity.

Along with Secretary of the Interior Deb Haaland, the first Native American to lead the interior department, Sams has an opportunity to lead and reshape an arm of the government that has historically and notoriously discriminated against Native Americans.

Haaland was confirmed mostly along party lines by a 51-40 margin. Only one Republican senator, Lindsey Graham of South Carolina, voted for Haaland, and of the nine senators absent that day, seven were Republicans. All Democratic senators, along with the two Independents voted in favor of Haaland. If Haaland’s own confirmation process is any indication, it’s likely to be a political slog for Sams.

But if he endures the confirmation process, he’ll make history.