The Fantasy of Hispanic Heritage Month 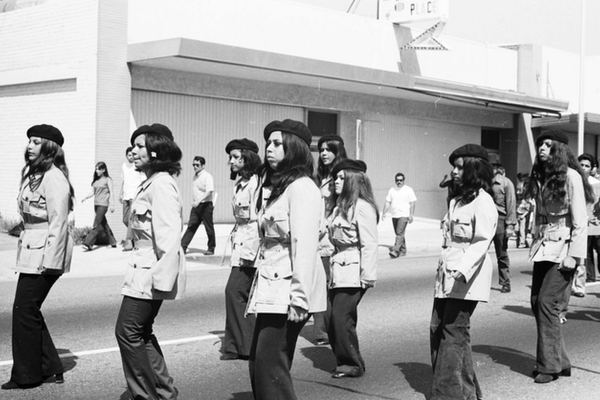 Hispanic Heritage Month officially ended on October 15, after a month of events commemorating the contributions of people from this demographic. It all started in June of 1968, when Southern California congressman George E. Brown nobly spearheaded a resolution to right the omission of the contributions of a significant part of his constituency, ethnic Mexicans. The decree garnered 19 western cosponsors for a week-long acknowledgment. Subsequently, the administrations of presidents from Lyndon Johnson to Ronald Reagan extended this fête to a month-long tribute as the electoral power of Spanish-surnamed citizens swelled in our nation’s politics.

The yearly launch of this homage aligns with the anniversaries of independence from the Spanish empire for Guatemala, Honduras, El Salvador, Mexico, Nicaragua, and Costa Rica in 1821.

But I don’t pay much attention to Hispanic Heritage Month, even though I stand in solidarity with the people of continental America who continue a 500-year struggle against new forms of settler colonialism.

Because I and most ethnic Mexicans in my circle do not identify with Spain’s legacy of violence and exploitation in the Americas. Oh sure, I have known people, family even, who exalt their Iberian lineage at the expense of their indigenous ancestry. Not me.

Ethnic Mexicans (citizens and migrants, the documented and undocumented) are people with a long history in America. In addition, self-identified Chicana/os like me are conscious of our culture being historically rooted in sexual violence that encompasses many ethnicities and races: indigenous first Americans of the Western Hemisphere, Iberians (a good number expelled Sephardic Jews), Africans, Asians, and a range of European nationalities.

The early twentieth-century Mexican philosopher-politician Jose Vasconcelos conferred upon his people the cognomen La Raza Cosmica. Many outsiders to my culture gauchely translate raza to mean race. Most Chicana/os don’t, as it suggests instead a yeasty, cross-cultural community of working-class people.

Other ethnic Mexicans adopt the Chicano epithet similarly. I recall how my politically moderate dad referenced with a gentle pride feisty ethnic Mexican crowds at Oxnard’s placita as la chicanada, the hoi polloi of which we belonged, as they enjoyed Cinco de Mayo and Mexican Independence fiestas or the city’s Salsa Festival.

As legendary journalist Ruben Salazar rhetorically asked in a February 6, 1970, Los Angeles Times op-ed titled, “Who Is a Chicano? And What Is It the Chicanos Want?,” I aver that I am a Mexican American, with a “non-Anglo image…who resents being told  Columbus ‘discovered’ America when…Mayans and the Aztecs, founded highly sophisticated civilizations centuries before Spain financed the Italian explorer's trip to the ‘New World.’”

Conscious of the cultural labyrinth of ethnic Mexicans, I also reject the “Hispanic” label, fabricated by strangers, as it eradicates the historical presence of my people in the Southwest.

The attorney-turned-historian Carey McWilliams aptly characterized fairy-tale functions like Hispanic Heritage Month as a fantasy heritage by which early twentieth century Anglo-American boosters glorified the Iberian as a hegemonic ploy. Santa Barbara Fiesta Days, the Ramona Pageant, and Columbus Day supported real estate promotions such as the multimillion-dollar development of Spanish Hills in the Ventura County city of Camarillo, when it was the Mexicans that settled California. Branding exclusive neighborhoods in historical fact did not promise retailers the attainment of their California dream of hand-over-fist profits; they understood that a Mexican Hills designation would not appeal to prospective deep-pockets buyers.

McWilliams also recognized the Spanish fantasy heritage as a lie that erased the reality that ethnic Mexicans in the U.S. were here before the Anglos. Hence, they are not foreigners. When he published North From Mexico: The Spanish-Speaking People in the United States in 1948, ostensibly the first Chicano studies book, he argued that our nation’s European origin was first conceived in the Spanish colony of New Spain in 1598, not the English Jamestown nine years later.

So, when ethnic Mexicans trek north from Mexico today, they follow a centuries-long migrant stream predating the Treaty of Guadalupe Hidalgo of 1848 that concluded a war instigated by the U.S. to acquire what are now the states of Texas, New Mexico, Arizona, Colorado, Nevada, and California.

And from different parts of Latin America and Haiti, refugees often flee repressive authoritarian regimes backed by our government to cross a synthetic U.S.-Mexico border born in nativism and brutality secured by guards on horseback, respectively, in the Johnson-Reed Immigration Act of 1924 and the Texas Rangers before the creation of the border patrol. Historian Monica Muñoz Martinez magisterially documents these truths in The Injustice Never Leaves You: Anti-Mexican Violence in Texas (2018).

During the Chicano Movement in Ventura County, intrepid activists such as Yvonne De Los Santos, Rachel Murguia Wong, and Roberto Flores teamed up with allies and peers in Los Angeles and Santa Barbara to insist that an inclusive curriculum that centered the history and culture of people of color be adopted in schools to make such a heritage month unnecessary. To publicize this demand along with others to redress the exploitation of farmworkers, challenge police brutality, dismantle school segregation, and end the war in Vietnam which Mexican American military troops experienced a casualty rate disproportionate to their numbers in the Southwest, Chicana/os embarked upon the La Marcha de la Reconquista in the spring of 1971 from Calexico to Sacramento.

With self-determination, they marched northward six hundred miles from town to town not as Hispanics but as Chicanas and Chicanos. And that I honor.