What if Hannibal Had Won?

Philip Freeman is the Fletcher Jones Chair of Humanities at Pepperdine University and the author of Hannibal: Rome's Greatest Enemy (Pegasus Books 2022). 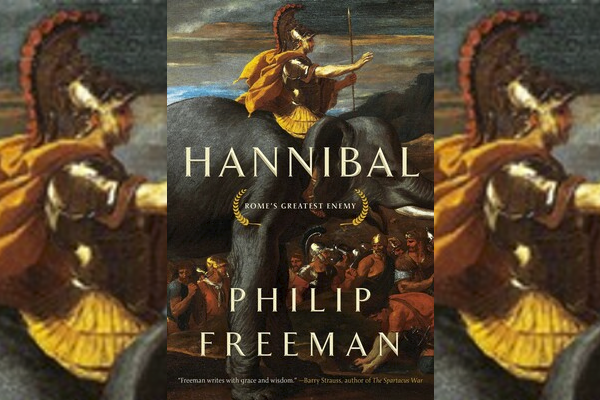 One day over two thousand years ago, a young African boy and his father walked up the cold stone steps of a temple in the great merchant city of Carthage in the hour just before dawn. The man, whose name was Hamilcar of the Barca clan, was the greatest general Carthage had ever produced. He had watched in silent rage several years earlier as the Carthaginian senate had abandoned the ancient Punic colonies in nearby Sicily to the rising power of an aggressive empire named Rome. Carthage had even agreed to pay the Romans a crushing indemnity in silver to buy peace. After the morning sacrifice, Hamilcar would be on his way to Spain to take over the rich mines of Iberia to help pay the heavy burden imposed on his city by Rome.

When the sacrifice was done, Hamilcar asked the priests to withdraw so that he might speak to his son alone. He made his son, named Hannibal, vow before the gods eternal hatred towards Rome, to which the boy gladly assented. No matter what the gods held in store for him in the years ahead, he would dedicate his life, his very soul, to fighting against the most powerful and relentless enemy of Carthage.

The story of Hannibal that began with a young boy in a Carthaginian temple has gripped the imagination of readers for over two thousand years, beginning with the Romans who delighted in seeing the African leader as the embodiment of the supposed barbaric, uncivilized enemies they faced on all sides and whom they felt it their duty and destiny to conquer. But the fact that Hannibal was one of the most brilliant and daring generals in world history—and the man who almost destroyed Rome—was impossible even for the Romans to ignore. What kind of person would dare to lead his struggling homeland in a war against the greatest military power the ancient world would ever know? How could he conceive and then actually carry out his audacious plan to march his army over the towering Alps to carry his war into the very heartland of Italy? And how could Hannibal, consistently outnumbered and always deep in enemy territory, defeat Roman army after Roman army that was sent against him until he held the very fate of Rome within his grasp?

Hannibal appeals to many as the ultimate underdog—a Carthaginian David against the Goliath of Rome—but it wasn't just his genius on the battlefield that set him apart. As a boy and then a man, his self-discipline and determination were legendary. As a military leader, like Alexander the Great before him and Julius Caesar after, he understood the hearts of men and had an uncanny ability to read the unseen weaknesses of his enemy. As a commander in war, Hannibal has few equals in history and has long been held as a model of strategic and tactical genius, studied in military academies even today. But Hannibal was much more than just a great general. He was a practiced statesman, a skilled diplomat, and a man deeply devoted to his family and country.

Like so many others, I remember as a boy reading with fascination the story of Hannibal leading his battle elephants over the Alps and taking on the unbeatable Romans in a seemingly hopeless war to save his country. But I long wondered: who was the man behind the legend? What can the stories we have of him—almost all from hostile Roman sources—tell us about the real Hannibal?

How does the story change if we look at Hannibal from the Carthaginian and not the Roman point of view? Can we search beneath the accounts of Roman historians who were eager to portray Hannibal as a barbarian monster and find a more human figure? Can we use the life of Hannibal to look at the Romans themselves in an unfamiliar way, not as the noble defenders of civilization familiar from modern history books but as voracious, ruthless conquerors motivated by greed and imperialism?

We are so accustomed to viewing the Romans as the bearers of light and progress to the world that it's hard to see them in this unfamiliar way. But like any imperial power in world history, their collective motivation was ultimately self-interest and profit, not love for the people they conquered. The Carthaginians were hardly without blame, but they presented a different model for the future of more peaceful relations with other nations based on trade and commerce rather than relentless war. It was a model Rome utterly rejected. But if Hannibal had won and Rome had vanished from history, it might have become the framework to shape a very different world over the next two thousand years.

If Hannibal had destroyed Rome, the rest of Italy would have prospered without harsh rule, military conscriptions, and heavy taxes. In the wider Mediterranean, the Hellenistic revolution begun by Alexander the Great would have continued even without Rome. Greek art, language, literature, philosophy, and culture would have formed a unifying bond between people from Egypt to Spain and far beyond.

And what of Carthage? The city was a nation of tradesmen and sailors, not conquerors, and would have become a beacon of civilization. Its magnificent temples would have overflowed with offerings and its libraries would have amazed visitors who could have read works of literature, science, and religion imported into the city from many lands. Carthage would have become the cosmopolitan center of the world.

Without Roman interference, Carthage might have been able to expand its reach to include the whole of the ancient world. Carthaginian trading posts established in Europe and Africa in earlier centuries would have just been the beginning. The opening of the Mediterranean world to direct trade with Asia would have occurred centuries before the Portuguese and Dutch expeditions we remember today. It's not hard to imagine Carthaginian merchant colonies scattered along the coasts of Europe, Africa, India, China, and the Americas within a few centuries of Hannibal's destruction of Rome, uniting cultures across the globe.

A world without Rome would not have been idyllic by any means. There would still have been slavery and war and—since history is just human nature played out on a grand scale—there would always have been the oppression of the weak by the strong. But if Hannibal had conquered Rome two thousand years ago, he might have set the world on a very different path than the one we are on today.