Why Does St. Brigid Get So Much Less Attention than Patrick?

Lisa Bitel is Professor of History & Religion in the Dornsife College of Letters, Arts and Sciences at the University of Southern California. 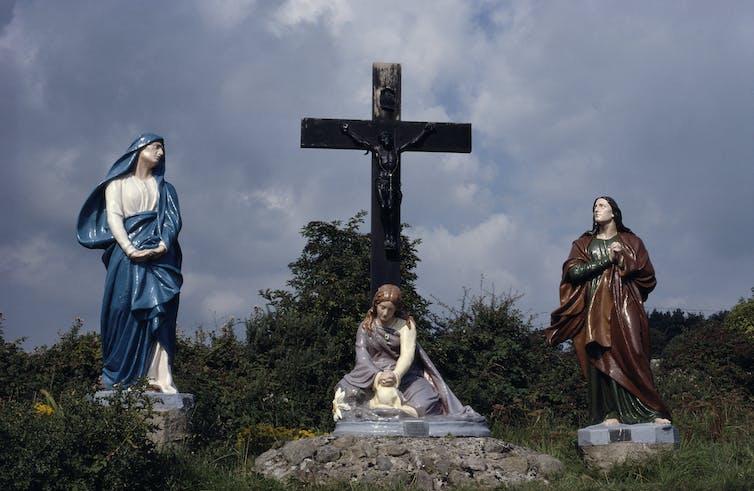 On March 17, the world celebrates the feast day of St. Patrick, a zealous British bishop of the fifth century who became famous for spreading Christianity in Ireland. Patrick is Ireland’s main patron saint.

But as a medieval historian, I suggest that we also pause to remember another of Ireland’s patron saints, the nurturing, compassionate St. Brigid.

This year, following a three-year campaign by a feminist organization, herstory.ie, the Irish government finally acknowledged Brigid’s importance by declaring a new national holiday on her feast day of Feb. 1. Until now, Ireland counted her among their official three patrons, along with St. Patrick and St. Columcille, or Columba, but gave workers a day off only on St. Patrick’s Day.

So who is St. Brigid?

Unlike Patrick, who came from Britain, Brigid was born in Ireland, sometime around A.D. 450, the child of a slave and a king in the province of Leinster.

Unfortunately, Brigid left no historical record of her missionary work. Patrick wrote two letters that still exist: one a defense of his missionary career and the other a rebuke to a slave-raiding British king. All information about Brigid comes from biographies of saints written long after she lived. A churchman named Cogitosus was the first to write about Brigid, in about A.D. 650, or approximately 200 years after her birth. 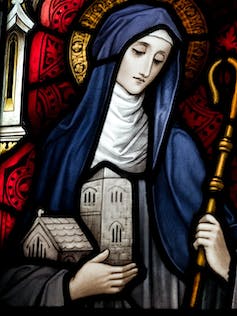 Cogitosus recounted Brigid’s many purported miracles: As a girl, she gave away the household’s butter and bacon to hungry beggars and dogs, then miraculously replaced the food for her family. Later in life, she turned a wooden column into a living tree with one touch and hung her cloak on a sunbeam. After she founded her monastic community at Kildare and became its abbess, she also traveled, preached and was said to have cured Christians of serious debilities such as blindness and muteness, all in imitation of Christ. While many early female saints have miracles attributed to them, few of them actively proselytized.

Cogitosus tells us that Brigid worked some other unique marvels. She miraculously ended the unwanted pregnancy of one of her fellow sisters, “causing the foetus to disappear without coming to birth and without pain,” as Cogitosus put it. She tamed both domestic and wild animals, which was handy when her cows went astray. She could also, according to Cogitosus, manipulate the landscape. Once when her kinsmen were building a plank trackway through the bogs, Brigid moved a river to make it easier for them.

Instead of battling wrongdoers, she found peaceful resolutions to violent situations. Once, for example, she deterred a band of bloodthirsty murderers by making it appear as if they had committed a killing that never even happened.

Even after her death, miracles supposedly continued to occur at her shrine. In fact, Brigid’s intervention from beyond the grave helped builders gather materials to build a new and magnificent shrine for her at Kildare, or so wrote Cogitosus. She guided an immovable boulder down a hill to her community for their new millstone. She caused a problematic door to hang correctly. These were minor but useful miracles – typical, I would argue, of the sensible saint.

By comparison, Patrick’s earliest hagiographers, writing only decades after Cogitosus, depicted their saint in constant conflict with the “heathens” he tried to convert to Christianity.

When Patrick arrived in Ireland in the mid-fifth century, he seems to have bullied Ireland’s most powerful king into baptism, but only after dueling and then miraculously killing the king’s chief druids. In hagiography, druids were the Irish and British version of pagan wizards. After watching the druids perish, King Loegaire Mac Néill decided “It is better to believe than die,” wrote Patrick’s hagiographer, Muirchú around A.D. 700.

Also according to Muirchú, Patrick routinely cursed unbelievers. When one evildoer tried to lure Patrick into an ambush by pretending to be ill, Patrick supposedly caused the patient to drop dead. Patrick was always larger than life in these early accounts, baptizing hundreds of souls at a time.

Around the same time that these hagiographers worked, Brigid’s cult center at Kildare became one of the wealthiest and most powerful religious communities in Ireland. Cogitosus wrote that Kildare was “the head of virtually all the Irish churches and occupies the first place, excelling all the monasteries of the Irish. Its jurisdiction extends over the whole land of Ireland from sea to sea.”

Throughout the Middle Ages, Leinster elites continued to donate land and goods to Kildare. They vied to place their female kinfolk as abbess of Kildare until the community closed during the 16th-century dissolution, when the occupying English Protestant government of Ireland shut down all monasteries.

Kildare, however, could never match the status of Armagh, Patrick’s chief church, which had the advantage of even greater royal patronage and grander donations by mightier kings.

Similarly, within the church hierarchy of medieval Europe, as in Catholicism today, Brigid could never outrank Patrick, because she was not a priest. Only priests could baptize, ordain, perform the sacrament of the Eucharist and give last rites. Women were not, and still are not, allowed to become ordained priests in Roman Catholicism.

In the 19th century, when Irish nationalists sought a symbol of their Catholicism and country in the budding fight for independence, they chose the missionary bishop and founder of Armagh. A national holiday was declared in 1903 to honor St. Patrick. 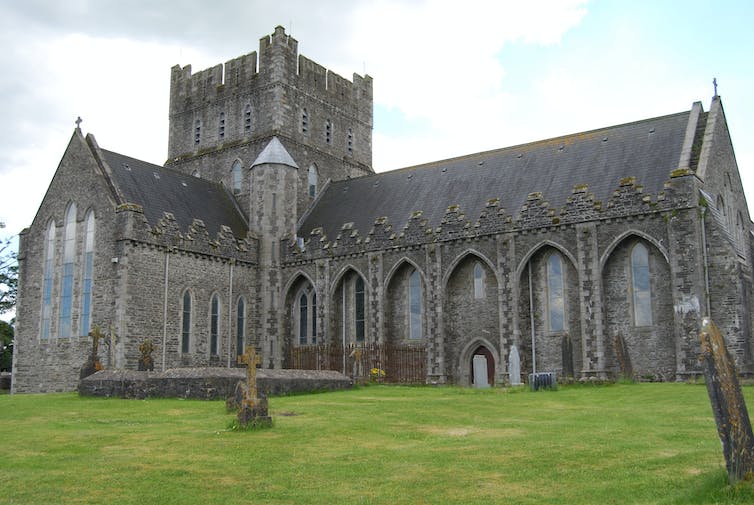 In the meantime, Brigid’s church at Kildare had fallen into ruin. It was only in 1875 that it was rebuilt by the Protestant Church of Ireland.

Brigid’s devotees resigned themselves to Kildare’s secondary status as “one of the two pillars of the Kingdom, along with Patrick the pre-eminent,” as one medieval hymnist put it.

This is despite a tale, circulated by a ninth-century hagiographer, that Brigid was accidentally ordained as a bishop – apparently, Bishop Mel was so “intoxicated with the grace of God” as he prepared to veil Brigid that he read the wrong prayers over her. “This virgin alone in Ireland … will hold the episcopal ordination,” Mel declared, and a column of fire shot from the saint’s head. Unfortunately, other clerics refused to take the story seriously.

Brigid was venerated as “Mary of the Gael,” a saint for women, shepherds, beggars, refugees and those in childbirth. Her feast day, Feb. 1, is the same day as Imbolc, an ancient holiday celebrating the start of spring, season of fertility. Indeed, her associations with Imbolc have long raised suspicions about the possible pre-Christian origins of her cult at Kildare.

Today, some people keep St. Brigid’s Day by weaving a special reed cross or visiting a holy well whose waters, blessed by Brigid, are believed to heal illness. The Brigidine Sisters of Kildare attend their ever-burning flame for Brigid, as nuns did in the Middle Ages. These seem like modest observances compared with the massive parades that flood the main streets of towns around the globe in annual celebration of Patrick.

This year on March 17, when you’re wearing the green and singing “Dirty Ol’ Town,” take a moment to whisper thanks to St. Brigid, the compassionate, sensible, native-born patron saint of Ireland, and ask if Ireland’s premier patron saint should be a woman.

[The most interesting religion stories from three major news organizations. Get This Week in Religion.]