As an Island, Britain Became a Stage for Roman Politicians

Richard Hingley is Professor of Roman Archaeology at Durham University (UK). His latest book, Conquering the Ocean: The Roman Invasion of Britain is now available from Oxford University Press. 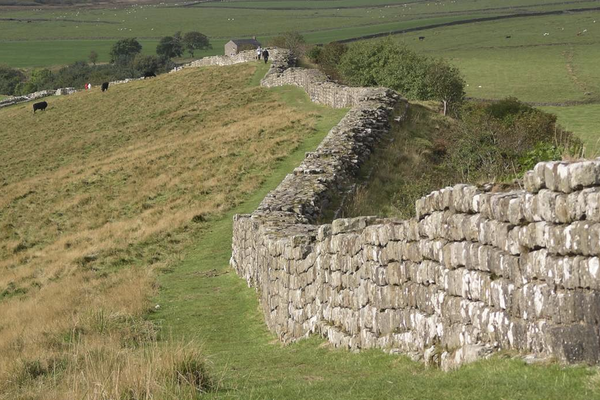 In my new book I explore the idea that classical conceptions of the nature of the Ocean were the prime motivation of senior Romans to conquer the mainland of Britain. The Romans inherited an Ancient Greek belief in the divinity of the Ocean. Oceanus was one of the first gods, a Titan who ruled the Ocean, and was believed to be the father of all water sources, including springs, fountains and waterways. In the classical world these sources were considered sacred. When Britain was brought into the Roman political sphere at the time of Julius Caesar, it was given a special status as an unknown island lying in the uncontrolled waters of Ocean. The Romans also thought that Britain was a likely source of minerals and pearls, a valuable gift from Ocean. Most significantly, campaigning in Britain would also supply many captives for the immense slave market of Rome and across the Mediterranean. Britain was, however, most unusual in Roman terms – a large island set in an unexplored and stormy sea. The Romans were used to the relatively calm waters of the Mediterranean, and navigating the Atlantic seemed a daunting challenge. The exploration of the Atlantic coast of Western Europe and the conquest of Britain therefore appeared to be an almost godlike undertaking.

By the time they turned their military attention towards Britain, under Julius Caesar, the Romans had established full control of the lands around the Mediterranean Sea. Famously, Caesar directed his military aggression against Gaul, conquering vast territories and many peoples during eight years of war. Caesar also led his soldiers northwards across the River Rhine to campaign against Germanic peoples, and then could not resist the temptation of invading southeastern Britain on two occasions, in 55 and 54 BC. He sought more information about Britain and its people, but he also wanted the fame of being the first Roman commander to campaign in Britain which, he tells us in his war diaries, The Gallic Wars, was a land almost unknown to his peers in Rome. Germany lay beyond the wide and challenging River Rhine, but campaigning in Britain was an even greater endeavour, since it required crossing Ocean. Among the booty that Caesar took back to Rome were British pearls as well as many captives. Britain was no longer unknown in the city of Rome.

Caesar withdrew from Britain after he had forced the leaders of various British peoples to submit, though he also established the idea that a Roman commander could achieve considerable political capital by conquering these little-known lands set in the supposedly endless waters of Ocean. A successful conquest of Britain would require a Roman commander who could subdue the stormy waters lying off the coast of Britain, the barbarian islanders, and also the divine spirit of Oceanus. The emperor Claudius, whose position in Rome was insecure, saw an opportunity for a propaganda victory by commanding a campaign to Britain in AD 43. He took part in the invasion himself, receiving the submission of several kings, although he spent only a few weeks in Britain before delegating leadership in combat to his general, Aulus Plautius. Following this successful invasion of much of southeastern Britain, Claudius was awarded a triumphal arch at the City of Rome, constructed by order of the Senate. This monumental arch bore an inscription referring to the emperor’s conquest of the lands of Britain across the Ocean. The arch also carried the waters of one the major aqueducts in Rome across the main road entering the city from the north, a symbol of the emperor’s mastery over water in all its forms and also over the ancient divinity Oceanus. The Romans believed that all the waters from springs and streams that fed their aqueducts were the divine offspring of this ancient Titan.

The location of Britain as an island in a previously unknown sea off the northwest coast of Europe elevated its status to a theatre for imperial triumph. My book narrates this tale of conquering Ocean, emphasizing the role of successive emperors, from Claudius to Hadrian, in conquering this land and controlling the surrounding seas. The great victory arch at Richborough in Kent was built to commemorate the conquest of the island, probably in the 80s CE, after Agricola’s victory against the Caledonians in northern Britain. This arch was even more closely related with water, built at a significant port on a small island off the southeast coast, constructed at the entry point to the province of Britannia from the Continent. Its location was close to where both Caesar and Claudius had landed, symbolizing the Roman attitude that the conquest of Britain had been completed.

This, however, proved not to be the case. Rome abandoned the north of Britain, present-day Scotland, a few years after Agricola was recalled to Rome in AD 85. The northern frontier of the Roman province of Britannia became focused around what is now northern England. During the AD 120s the emperor Hadrian commanded the construction of massive stone frontier works on a line that extends from the present-day city of Newcastle upon Tyne in the east to Carlisle in the west. Another event of Roman conquest that called upon Britain’s Oceanic status, this monumental frontier structure was built to supplement the River Tyne and the Solway Firth in establishing the edge of Roman-controlled space. By this time the Romans had abandoned their idea of conquering the land further to the north, and these extensive territories and their peoples remained at least partly independent of Rome until the early fifth century, when Roman rule in Britain finally came to an end.