Considering the Automobile's Influence on Society—Before the Next Influence Takes Over?

Bryan Appleyard has been Feature Writer of the Year three times at the British Press Awards. In 2019, he was appointed Commander of the British Empire for services to the arts and journalism. He is the author of The Car: The Rise and Fall of the Machine that Made the Modern World (September 6, 2022). 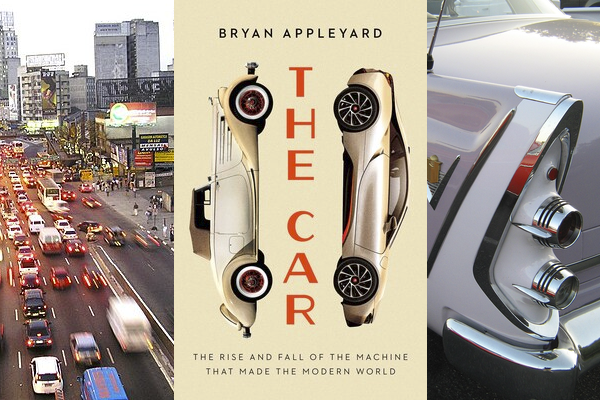 Cars, as an influence on society and culture, are underrated. Lists of such things usually include the stirrup and the mobile phone but never the internal combustion engine (ICE). The car is so prevalent, so commonplace, that we seldom notice how thoroughly it has remade the world. But now the very existence of the ICE machine is threatened.

The successor to the horse and, for a very short time, the bicycle, the car arrived, by common, though often disputed, consent in 1885 when Karl Benz constructed his Patent-Motorwagen. The following year he drove it through the streets of Mannheim, Germany. It was a sensation and a proof of principle - that a viable automobile could be made - but it was to be 23 years before the revolution began.

Of course, there were many signs of what was to come. Most gloriously and most casually—he did it for a $50 bet—in 1903 Horatio Nelson Jackson drove his 2 cylinder, 20 horsepower Winton from San Francisco to New York in less than the 90 days specified by the wager. He did it in 63 days. It was the first sign of the way the car could conquer the wilderness and transform our sense of time and distance.

But it was to remain a curiosity, a rich man’s toy. People, in irritation, would cry “Get a horse!” as the clattering machines passed. Then, in 1908, Henry Ford produced his Model T. Cheap and manufactured on a colossal scale in his Highland Park plants in Detroit, the T signified that the car was no longer a toy, it was a useable tool available to nearly everybody. Ford had simultaneously perfected mass production—a development eyed with envy by both Hitler and Stalin—and a global market.

The global success of the T and its production system signaled to the two dictators and to theorists like the Marxist philosopher Antonio Gramsci that Ford had invented a new form of human organization. They were right.

Hitler, when he came to power, pursued the idea of a “people’s car.” This turned out to be the Volkswagen Beetle, but the war intervened and the German people were denied their personal transport system. Having been intended as a Nazi achievement, the postwar Beetle became an emblem of the rebellion of youth against the power of Detroit.

But Hitler achieved something more than just a car, because he began the building of the autobahn system—the precursor of the American interstates and the British motorways. The Model T had been designed by Ford as a car that could go anywhere because, in 1908, there were few decent roads in America. But Hitler correctly saw that there were two sides to people’s transport—the cars and the roads.

This vast project was woven into Nazi magical thinking. The autobahns were to become “the pyramids of the Third Reich”—to be rediscovered a thousand years later as evidence of a glorious civilization. And two of the great makers of the system—Fritz Todt and Alwin Seifert—adhered to curious, magical beliefs. They both believed in dowsing and the latter claimed to be able to sense the geology of the land beneath his feet.

The idea of the limited or controlled access highway—the technical terms for these roads—transformed much of the surface of the planet and, by clearing an easy pathway for the car, they created a new way of life. Since you could only get on or off these roads at specified locations, filling stations became little villages with shops and, often, motels attached.

This process whereby the car fundamentally alters the landscape had begun much earlier. The first drive-in filling station—as opposed to the curbside pumps—opened in 1905, 1907 or 1913, depending on whom you believe. And the first motel opened in 1926 in San Luis Obispo, California. But the new roads anchored the necessities and aspirations of the car into the public imagination. It had become a way of life.

After Ford’s tough practicality came Alfred Sloan’s pursuit of desire. At General Motors—he ran GM as president, CEO and chairman between 1923 and 1956. A grey, secretive man of forbidding seriousness, he produced, nevertheless, some of the most flamboyant, ludicrously over-styled machines of the postwar period. He also introduced the annual model change, a brilliant, though cynical, marketing device that put customers on the now-familiar treadmill of the eternal upgrade.

Sloan, assisted by his chief designer Harley Earl, took the car into a dreamland of consumer aspiration. Engineering gave way to aesthetics as the cars grew lower, longer and wider and even sprouted fins. And, in the fifties, as Joni Mitchell pointed out to me, the kids got the cars. Teenagers embraced the carnival floats coming out of Detroit as emblems of postwar and primarily sexual freedom. The “youthquake” ran on rubber and steel and it had fins.

It all went too far; there had to be a reckoning. There was. Ralph Nader started a consumer revolt by pointing out that these machines were “unsafe at any speed.” Sloan’s empire of desire was built on poor handling and cornering.

And then came the Japanese. Taiichi Ohno came up with the Toyota Production System, a superb refinement of Ford’s mass production system, which cut costs and increased quality. Consumers, now made more discerning by the backlash against American cars, spotted the difference and Detroit was humbled.

There was one wild automotive eccentricity left. Nobody really needs a Sport Utility Vehicle, but everybody buys them. Choking cities and guzzling gas, they were a suicidal act for the industry—a one-car argument for environmental action.

But the fact remains that the world is still made by the car. This story of genius and folly in equal measure is, in truth, an epic tale of the making of the modern world.

As the earth warms, electric cars now threaten the ICE machine and that, combined with ever-increasing self-driving capabilities, has moved the center of the industry from Detroit to Silicon Valley. There, they know only information, not corners well taken, not the glory of the open road, not the unfolding landscape, not freedom. A new world is on the way and it will not be as good as the old one made by the car.