Elena Conis is a writer and historian of medicine, public health, and the environment. She teaches at the Berkeley Graduate School of Journalism and the Media Studies Program, and directs the graduate program in Public Journalism. Her latest book is How to Sell a Poison: The Rise, Fall, and Toxic Return of DDT. 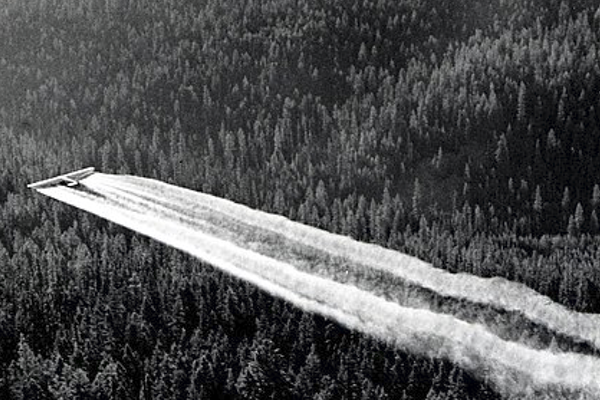 BERKELEY ­– This year marks the 60th anniversary of Rachel Carson’s Silent Spring, which highlighted the negative effects of DDT and other pesticides on wildlife and helped spur the rise of the environmental movement. Unfortunately, the commemoration comes at a time when Americans are becoming more skeptical of scientific institutions. Looking at DDT’s story, it is clear that some of this doubt was sowed by corporate actors such as Phillip Morris in the 1990s. Still, our public health institutions must also repair the damage they have done to their reputations and rebuild trust with the American public. It is their responsibility to free themselves from the “economic poisons” that threaten to discredit their work.

In my book, How to Sell a Poison: The Rise, Fall and Toxic Return of DDT, I delve into the story of the toxic chemical. Back in the 1940s, when DDT was first developed, “economic poisons” were chemicals designed to kill pests that otherwise caused high-cost damage. In the broader sense, however, the term “economic poisons” can describe how the Invisible Hand often steers scientists, medical professionals and governments away from reasoning and toward profit. In America, this phenomenon intensified as a rising world superpower clamored for post-war profit at any cost. Today, our government institutions, and especially our scientific ones, have a duty to rebuild the public trust that this process eroded over the last half century.

In the late 1940s, Lester Petrie came face-to-face with these economic poisons. Petrie was head of the Georgia Division of Industrial Hygiene, responsible for investigating the problems posed by chemical encounters in workplaces. Yet ever since the war, his division’s work had become more complicated. Before, the job largely involved making sure that people working in factories didn’t come in contact with chemicals or equipment in ways that harmed them. Now he was hearing more and more about chemical poisonings in people’s homes and farms. Most of them were caused by what those in his line of work called “economic poisons,” newly developed synthetic chemicals that killed insects ranging from the annoying to the deadly. DDT was one of them.

Before long, Petrie had compiled a harrowing collection of poisoning cases. Most were crop-dusting pilots choked to death by their own cargo. One was a woman who died after eating blackberries grown nearby a sprayed cotton field. A group of small farmers wrote him to say DDT sprayed on neighboring farms was killing their bees and chicks and making them sick. People used to kill insects on crops, when necessary, using compounds that contained the well-known poisons arsenic and lead. It troubled Petrie that the economic poisons seemed as deadly as the older poisons, and that people clearly didn’t know.

Petrie himself, after all, had been sure DDT in particular was safe, because of reports and assurances from the U.S. government during the Second World War. Now he wondered whether he ought to create a warning for it, as he had just done for another economic poison, tetraethyl pyrophosphate or TEPP. He reached out to FDA pharmacology chief Arnold Lehman, who had so helpfully reviewed the TEPP warning he had drafted for farmers in his state. “A few days ago,” he wrote, “I noticed a news item in the paper cautioning against the spraying of barns with DDT. I would appreciate very much your sending me all of the new information you may have available concerning the toxicity of DDT.” This time, Lehman didn’t reply.

Instead, Petrie received a form letter from the FDA’s Division of State Cooperation. “I regret that we are unable to send you literature dealing in a detailed way with the toxicity of DDT,” it read. Enclosed was a list of articles on DDT poisoning published in medical journals, and an official statement issued by the FDA, PHS, USDA, Army, Navy, and Pan American Sanitary Bureau. Recent news had “misled and alarmed the public concerning the hazards of DDT,” the statement read. “DDT is a very valuable insecticide which has contributed materially to the general welfare of the world.” It was a “poison” like any other insecticide, but any harm it seemed to cause was a result of “errors” in its use.

Then Petrie got word of a young boy who died minutes after taking a swig from a bottle he found resting in the crotch of a tree. Petrie felt certain the bottle must have contained TEPP. He also knew that no one, not even the most advanced forensics lab in the state, had the means to identify it. He forwarded details of the case to the Toxicology Branch at the CDC. Then he wrote to the list of manufacturers his staff had compiled, asking them to add tracers to their products so state health officers like him could figure out which products were causing illnesses and deaths. He received one polite reply, from the medical director at Monsanto, which made parathion and DDT. The company would not be able to do this, he said, because it would cost too much.

Petrie had tried to raise the alarm on the new chemicals that were being produced at an unprecedented scale after the war—and that were now seeping inside every American household. Instead, he was met with skepticism from government officials and indifference from corporations, who knew it was dangerous but that warning the public would hurt their bottom line. His job, it became clear, was to protect production over public health.

The responsibility to disclose such dangers doesn’t just fall on scientists and government officials. Journalists who have knowledge that could save the public from deadly viruses or dangerous chemicals have a duty to shine light on those issues, too. The Los Angeles Times accomplished this with their groundbreaking story on dozens of barrels of DDT waste dumped into the Southern California Bight.

The response to that reporting was swift. California Senator Dianne Feinstein demanded that the EPA take action. Other lawmakers called hearings in the House of Representatives in Washington and the State Assembly in Sacramento. Foundations reached out with grant funds. Scientists convened meetings and conference panels. A team from the Scripps Institution of Oceanography and NOAA pulled together an expedition in record time to go down to the seafloor and map the dump site in the spring of 2021. They didn’t see dozens of barrels; they saw more than 27,000. Recently released memos from the EPA’s investigation indicate that the actual amount of ocean-dumped DDT may be far, far higher.

It’s not too late for these institutions to repair the damage they have done. But it will take years of effort beginning at the grassroots level. It will mean scientists who consistently push back on industry, even when it is the unpopular, or in the short term, more costly decision. It will take brave policymakers and politicians willing to back up scientists, even when it is not politically convenient. It will mean journalists taking the time to build trust in Black and Hispanic communities, places where they have ignored their stories and their calls for environmental justice. These previous pollutants and pandemics are but a dress rehearsal for the growing climate crisis, a global emergency that will once again pit big business against sound science.

Scientific proof of environmental harm has only ever shifted policy when government and business interests have aligned. We must remember that there’s no greater shared interest than our very survival.