Beyond Diversity: The Cosmopolitan Dilemma

Mr. Cullen teaches at the Ethical Culture Fieldston School in New York. His most recent book is Essaying the Past: How to Read, Write and Think about History. He blogs at American History Now. 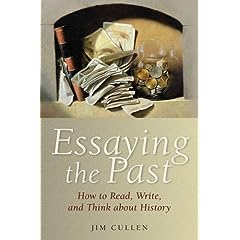 After a long period of struggle, and amid ongoing resistance, the concept of diversity appears to have gained a relatively secure footing in American life. Elite institutions ranging from schools to banks have institutionalized it in their recruitment policies and daily practices; as a practical matter one can no more be opposed to diversity than one can democracy or even fairness. There is, of course, an enormous difference between diversity as an idea and diversity as a reality. Moreover, many of those who profess to support the ideal harbor doubts and hostility toward it, doubts and hostility that typically focus less on attacking diversity itself than what it is interpreted to mean (like quotas or political correctness, to cite two frequently cited examples).

Actually, the concept of diversity may be under the most strain from those who are actually trying to implement it, something that became clear to me earlier this year when I was involved in a group effort to craft a new diversity statement for my school. The time has long since passed that diversity can simply be considered synonymous with racial preference, or that racial preference itself can be considered a black-and-white affair. Most diversity statements I've seen now amount to a laundry list of categories -- the former trinity of race, class and gender now supplemented with ethnicity, sexual orientation, religion, and disability, among others -- that only seem to invite consideration of further objections and omissions. (The same might be said of a commonly invoked synonym, inclusion, which is always relative and always involves some kind of exclusion, if nothing else than those who deny the value of inclusion.) The more one tries to pin down a definition of diversity, the more elusive it becomes. I was interested to hear a member of my school community observe recently that a decision was made to admit a German student to the school in the interests of diversity -- and then to admit a second in an effort to avoid the kind of isolation and tokenism that sometimes afflicts minorities. (Minority: That's another word that's losing meaning amid the ongoing demographic transformation of the United States.)

Such counter-intuitive developments point toward a reality that defenders of diversity often cite when trying to reconcile them, namely that the point is not so much to right old wrongs than to create environments that advance the interests of specific institutions and society in general as they evolve. This is, in fact, the legal basis of that procedural pillar of diversity, Affirmative Action, as upheld in the Supreme Court's Bakke v. Regents case of 1977. There has long been a suspicion among some on the political Right that admissions offices, for example, have used Bakke as cover to fashion de facto racial quotas.

Whether or not this is true, it has become increasingly evident in recent years that even those institutions with an avowed embrace of racial diversity actively pursue other kinds as well. We've all heard proverbial stories about the SAT-deficient cello player from Indiana or semi-literate goalie from Phoenix who gained acceptance to Ivy League schools because they fit into the pointillistic portrait of a class the admissions office paints every year, a portrait whose exquisite fluidity defies any attempt at generalization on the part of those who lack access to the committee's studio. Such developments have been limned in a series of recent books, perhaps the best of which is Mitchell Stevens's Creating a Class: College Admissions and the Education of Elites(2007).

Amid this growing sense of confusion and contradiction, there is a word that does describe what value in fact these people are both affirming and making a reality: cosmopolitanism. In a sense, cosmopolitanism is synonymous with diversity as described here: both terms regard difference as a positive good, and one to be actively sought and promoted. Cosmopolitanism has the great advantage, though, of being avowedly kaleidoscopic: it not only savors variety, but also variation in that variety. It attends less to the features of a minority culture than a desire to blend many different kinds of experience in the hope that the resulting mixture will engender a sense of personal as well as collective improvement. The people produced from this process create a pool of leaders, broadly construed, who can be counted on to promote cosmopolitan values in societies where their opponents may pose challenges that range from the distasteful to the immoral. The process may vary, but the capacity of any society to reproduce such people comes close to describing what it means to sustain what we would call a civilization.

I'm describing what might be called the bright side of cosmopolitanism. There are others. Cosmopolitanism is avowedly elitist. It doesn't necessarily deny the particularism of local cultures -- they represent the spice of life -- but it finally does demand those who attain or inherit it surrender much of the local in the name of the global, as the very name "university" implies. To assert or pretend otherwise is worse than naive: it is dishonest to the point of oppressive, as an artistic tradition that stretches from F. Scott Fitzgerald's The Great Gatsby to Kanye West's The College Dropout attests. Cosmopolitans typically display appealing traits of tolerance, good manners, and a willingness to innovate. But values like loyalty, egalitarianism, and a skepticism about the efficacy of social engineering are harder to embrace and maintain.

In theory, at least, the difference between cosmopolitanism and diversity is that the latter has a more avowed commitment to meritocracy, of creating avenues of opportunity for upward mobility. There is some truth to this. But not much. We all know that it is the African American child New Rochelle lawyers who tend to gain admission to Harvard, not the child of Tennessee Baptists. (And the child of WASP legacies that is more likely than either, a truth that makes all the quibbling over the unfairness of Affirmative Action seem ridiculous.) Moreover, the concept of meritocracy itself is problematic. For one thing, the definition of merit itself is elusive when it's not avowedly discriminatory. For another, the very premise of meritocracy involves the awarding of hierarchical advantage to beneficiaries in ways that undercut its presumably democratic aims, one reason why beneficiaries of meritocracy so often act entitled (i.e. with a title, in the aristocratic sense of the term). In early 21st century America, where the foam of affluence has washed up on the edge of many a campus, meritocracy itself is an imperial construct.

Where does this leave us? In short, with a dilemma. It's hard not to conclude at this point that the only truly non-discriminatory way to award privilege in this society would be on a random basis. Actually, I'd bet that if you were to replace the students at my elite independent school with a random collection of students, the latter would do surprisingly well once they had the advantages the presumably talented survivors of the admissions process did. But this is largely a moot point, because too many people have a literal and figurative investment in the status quo, a status quo in which private schools of any kind are not required to justify their otherwise problematic existence (beyond a commitment to the concept of diversity, that is).

One alternative is to drop diversity in favor of the more accurate term of cosmopolitanism as the governing paradigm for the distribution of privilege in American life. As I've been at some pains to make clear, cosmopolitanism has real problems. But then, so does diversity. Unlike diversity, however, the virtues of cosmopolitanism are clear and attainable, and there is at least some measure of amelioration built into it (there's room for a Tennessee Baptist in a cosmopolitan cosmos, after all). If nothing else, recognizing the reality of cosmopolitanism would be a constructive first step in fashioning an alternative. Honesty may not be the best policy. But it's probably the best place to start over.

For some additional thoughts on the role of race in questions of diversity, see my post "Navigating Color without a Line" atAmerican History Now.
comments powered by Disqus

It is easier to admit students that lack academic qualification, but fill some niche than it is to accept that what has passed as teaching and policy has created a bunch of uneducated, unprepared scholars.

If the pool of potential students lacks certain types, instead of lowering standards and admitting unqualified students, why not exam the root cause and go back and try to fix it. As I read Ward Connerly's biography I was impressed with how he felt after the proposition was passed ending racial quota's for college admissions. As he wrote the real work begins because programs need to be created that help students prepare for admission to college.

I know this causes more thinking and work, but it is the right thing to do and not the easy way out.

Thanks for the tip. I just ordered it, along with Henry Louis Gates and Kwame Anthony Appiah's book on cosmopolitanism. --JC

I highly recommend Peter Wood's book "Diversity: The Invention of a Concept."

I appreciate the practical difficulties laid out by Mr. Cullen, but he is apparently not aware of the intellectual history behind the conception of cosmopolitanism and diversity. See http://hnn.us/articles/4533.html for a genealogy of the subject addressed in this article.