Galileo and the Church

John Heilbron is a historian of science and Professor Emeritus of History at the University of California, Berkeley. His latest book is "Galileo" (Oxford, 2010). 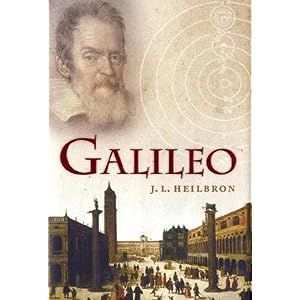 What Galileo believed about providence, miracles, and salvation, is hard to say.  It may not matter.  Throughout his life he functioned as the good Catholic he claimed to be, and he received many benefits from the church before and after the affair that brought him to his knees before the Holy Inquisition in 1633.

First among these benefits was education.  Galileo studied for a few years at the convent of Vallombrosa (a Benedictine order) near Florence.  He loved the place and had entered his novitiate when his father removed him from the temptation.  Later the Vallombrosans gave him his first important job teaching mathematics.  He probably lived briefly at the Benedictine convent of Santa Giustina in Padua just after taking up a professorship at Venice’s university there in 1592.  He may have taught at Santa Giustina and from its ranks recruited his most faithful disciple, Dom Benedetto Castelli.

The largest and ablest collection of mathematicians in Italy belonged to the Society of Jesus.  When he started serious study of mathematics, Galileo sought and obtained the advice and approval of their leader, Father Christopher Clavius.  He had to break off relations in 1606, when the Venetian state expelled the Jesuits from its territories.  Galileo restored the connection soon after returning to Florence in 1610 as “Mathematician and Philosopher to the Grand Duke of Tuscany.”  Again he had an urgent need for Clavius’s endorsement.  The astonishing discoveries he had made in 1609/10 by turning his telescope on the heavens challenged credulity.  By the end of 1610 he had the confirmation he wanted.  Clavius’s group of mathematicians invited him to their headquarters in Rome to celebrate the “message from the stars,” as Galileo had entitled the book in which he had announced his discoveries, and to toast the messenger.

Galileo’s other benefits from the Church included the large salary he enjoyed as court mathematician and philosopher, which came from ecclesiastical revenues, and a papal pension for his son.  The son declined on discovering that its beneficiary had to wear a tonsure, and Galileo, having no such reservation, took it himself.  In the hope of relieving his chronic illnesses, he made pilgrimages to Loreto.  To relieve himself of his two illegitimate daughters, he put them in a nunnery.  When old and blind and confined to his villa, members of religious orders comforted and read to him.  And throughout his life he had many friends, disciples, and patrons among ecclesiastics.

His late-in-life comforters were not Jesuits.  Obliged to teach the physics of Aristotle, in which the earth stands still at the center of the world, they could not endorse the Copernican system, which Galileo believed his discoveries proved.  That did not stop them from becoming experts in telescopic astronomy.  Galileo did not like the competition and attacked the Jesuits unfairly.  That was a mistake.  They did not help him when he ran into an order of priests who did not like mathematics.  These were the Dominicans, who ran the machinery of the Inquisition.

Some of their firebrands preached that since Copernican notions conflicted with Joshua’s order to the sun to stand still, they might be heretical.  Galileo hurried to Rome in 1615 to clear himself and Copernicanism.  Early in 1616 the Inquisition found that Copernicanism was contrary to scripture and philosophically absurd; the Congregation of the Index thereupon banned Copernicus’s masterpiece pending correction and other works altogether; but it did not mention Galileo.  Instead, on papal orders, the chief theologian of the Inquisition, the Jesuit Cardinal (now Saint) Robert Bellarmine, summoned Galileo to hear the decree of the Index and to receive, in private, a personal injunction not to teach or hold the Copernican theory in any way whatsoever.

Galileo obeyed this instruction until the election in 1623 of his old friend Maffeo Barberini as Pope Urban VIII.  As a member of the Congregation of the Index in 1616, Barberini had opposed the condemnation of sun-centered astronomy, not because he believed it, but because he held that no astronomical system could be known to be true.  An omniscent omnipotent God could contrive to produce astronomical appearances in ways different from the one preferred by astronomers.  Condemning any astronomical system would give all of them a status they did not deserve.

Galileo now argued that to counter the sneers of Protestants, Catholics should make clear that they had understood the astronomical arguments at stake in 1616.  Urban liked the idea.  Apparently he agreed that Galileo could develop the strongest arguments he could for a moving earth and stationary sun, provided that he flanked them with a preface containing the motivation (we reopen the question to show we are not ignorant) and a postscript containing Urban’s epistemology (nonetheless, we cannot affirm the truth of any astronomical system).

Galileo’s Dialogue on the two chief world systems (1632) takes place between two of his dead friends and a genial Aristotelian blockhead named Simplicio.  It begins with the stipulated preface, continues with the knockdown arguments, but stops without the postscript. It ends with Simplicio declaring Urban’s epistemology.  Instead of securing his prize—the endorsement by Italy’s greatest mathematician and philosopher of his prophylaxis against all assaults on scripture mounted from natural knowledge—Urban had the mortification of having his philosophy of science expressed by a fool.

Galileo was charged with “vehement suspicion of heresy” for defending a theory he knew contravened scripture and had been ordered not to teach.  He confessed, ascribed his error to excessive pride in his cleverness, and underwent, candle in hand, the prescribed procedure for abjuration ex vehementi.  Reading the prepared text, he said that he detested his Copernican ideas and “all other errors and heresies.”  (This seems to be the first official public indication that Copernicanism might be a heresy; if so, it became one by poor editing, not by official proclamation.)  Continuing with his text, Galileo gave himself over to the Inquisition to do with as it pleased.  Urban pleased to place his former friend under perpetual house arrest.  Customarily people who abjured ex vehementi obtained their freedom after a year or two.  Galileo and his friends petitioned for his release, but to no avail.  Urban continued to believe that Galileo needed quarantine, not because he taught that the earth moves, but because he thought that the human mind unaided by revelation could attain to truth.

In 1979, Urban’s successor several times removed, Pope John Paul II, appointed a committee to re-examine the merits of the case against Galileo.  Their report, issued a decade later, blamed and exonerated both parties:  the Inquisition had understood the scientific issues at stake, but not the principles of exegesis; Galileo had employed a sound hermeneutics, but not an acceptable standard of scientific proof.  Their no-fault collision arose from a “tragic mutual misunderstanding.”  People restricted to ordinary modes of thought may have trouble accepting this resolution and the associated assurance that there is no essential opposition between science and religion.