Blogs > Liberty and Power > The Aulaqi Killing and the Law

The Aulaqi Killing and the Law 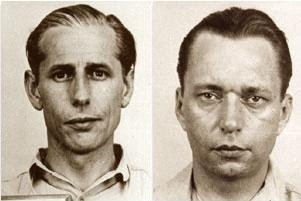 As I have said before (here and here), the process by which a liberal democracy decides to kill a particular combatant in the battlefield is very, very different from that in which it decides whether to execute someone accused of a crime. One process is very inaccurate and treats you as having no right to due process, the other is relatively very accurate and treats you as loaded with rights, including due process.
Previously, there were two reasons, that I know of, to be concerned about the US government's avowed intention to treat Aulaqi as an enemy in the field and not a criminal, both of which were debated last year when his father sued to get him taken off the kill-or-capture list: 1) his location in Yemen is not a battlefied, and 2) he is an American citizen (born in New Mexico) and thus entitled to due process.
This article raises a new concern. The administration has revealed that they determined that this killing is indeed legal, and issued a memorandum explaining exactly why it is, but refused to publish it. In other words, the legal justification for their action is a secret.
The concern here is that law and secrecy do not mix.

Lon Fuller wrote a great book, The Morality of Law, in which he argued (among a great many other things) that a secret law is not a law at all. His reasoning was that "law is the process of subjecting human conduct to the governance of rules," and a secret rule cannot be followed: thus it produces no governance. It is simply a means by which tyrants can inflict violence on the unsuspecting and the unoffending.Of course that argument cannot be applied here, at least not directly, since this is a case, not of a secret rule applied to the subject, but of a secret legal justification acted upon by the sovereign. Yet a case might be made for a broader version of Fuller's rule, which would apply to both.

Consider a third case, the secret legal hearing associated with the World War II era Supreme Court decision of ex parte Quirin. Eight German spies (including two American citizens) landed in the US on a mission to commit sabotage against military plants and facilities. Some were immediately spotted by a Coast Guard patrol, who sounded the alarm. This apparently had no effect whatsoever. Two of them, Ernest Burger and George Dasch (pictured above), turned themselves in and informed on the other six. They had considerable difficulty in doing so, however, as the still clueless FBI thought their story was some kink of hoax.
President Roosevelt convened a secret tribunal that, incredibly, sentenced all eight to death. Prompted by appeals from the Attorney General and the FBI Director, FDR commuted the sentences of Burger and Dasch, the two informers, to life and thirty years respectively. This was their reward for taking some trouble to spare the US from a potential disaster -- a result the American law enforcement and counterespionage aparatus probably would have been unable to achieve without their help. (To his credit, Harry Truman had the two men freed and deported after the war was over).

Surely, this tribunal's stunningly unjust treatment of two men who had probably delivered American lives and military resources from destruction had a lot to do with the fact that it was conducted in secret.

Part of the problem is that people tend to behave better when they think that they are being watched, or at least that outsiders will eventually find out what they did and how they did it.

But there is a deeper problem. The system in which Americans live was altered by Quirin the case and the killing of Aulaqi, both of which, as I understand it, were legal innovations. It is part of the democratic conception of justice that such changes be justified to these people.

Indeed, a secret justification has some of the inherent absurdity of a secret rule. The administration has justified killing this man -- to whom? It looks like the answer is: to the people who wanted to kill him. They are not the primary ones who are owed a justification.