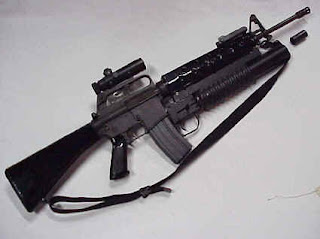 In the wake of mass shootings like the one in Aurora Colorado, there are always renewed calls for gun control. This familiar phenomenon is a testament to human imperviousness to facts and logic, as such shootings are. of all gun-related deaths, the least likely to be deterred by gun laws.
The worst such shooting, ever, happened in Norway (death toll 77) and the worst K-12 school shooting happened in Erfurt Germany (18 dead). Both countries have gun laws that are far more constraining than those of the USA. As John Lott points out here, four of the five worst school shootings ever happened in western Europe, within the boundaries of gun control heaven. The harsh, stringent gun laws of these countries failed to save the lives of the victims of these atrocities.
Possibly the oldest utilitarian argument against gun control was voiced by Cesare Beccaria in 1764
(HT to Charles C. W. Cooke):

The laws of this nature are those which forbid one to wear arms, disarming those only who are not disposed to commit the crime which the laws mean to prevent. Can it be suppose that those who have the courage to violate the most sacred laws of humanity, and the most important of the code, will respect the less considerable and more arbitry injunctions, the violation of which is so easy, and of so little comparative importance.

This argument applies best of all to mass shooters like James Holmes. Like most such people, Holmes did not suddenly "snap." He planned his atrocity well in advance, beginning at least four months ago, with great patience and determination, accumulating an arsenal of weapons as well as elaborate body armor, and elaborately booby-trapping his apartment. It is obvious that someone who will shoot seventy completely innocent and defenseless strangers in a darkened theater is not going to be deterred by "oh, I can't buy that weapon -- it's illegal," and it's also pretty clear to me that Holmes would have had the determination to get weapons from an illegal source. Like drug laws, gun bans do not make the banned item disappear, rather they drive it into the netherworld of criminal commerce.

If you are going to advocate a law based on a single horrific case, then that law has to be one that would have prevented that horror. Otherwise, that one case is, logically, completely irrelevant to whether that law was a good thing or not. And gun bans would nothing to prevent and atrocity like Aurora.

Having said this, I have to admit that the principle I have just place in italics, which makes perfect sense to me, seems to have no effect on most my fellow human beings. When Oswald murdered Kennedy with a gun purchased through mail order, Congress responded by passing a law that banned such purchases. Even at the time, as a teenager, it was obvious to me that, whatever the reasons for such a law might be, the Kennedy assassination was not one of them. Who could think that Oswald would not have killed Kennedy, or tried to kill General Walker, if he could not have gotten his cheap Mannlicher-Carcano through the mail?

Mass shootings like Aurora are not good reasons for weapons bans; they are emotionally powerful symbols of violence. Those who are moved to ban a weapon by such incidents are acting on emotion and not on the basis of reason. Especially in the realm of the law, that is a dangerous thing to do.*