Bad Wars and Their Consequences 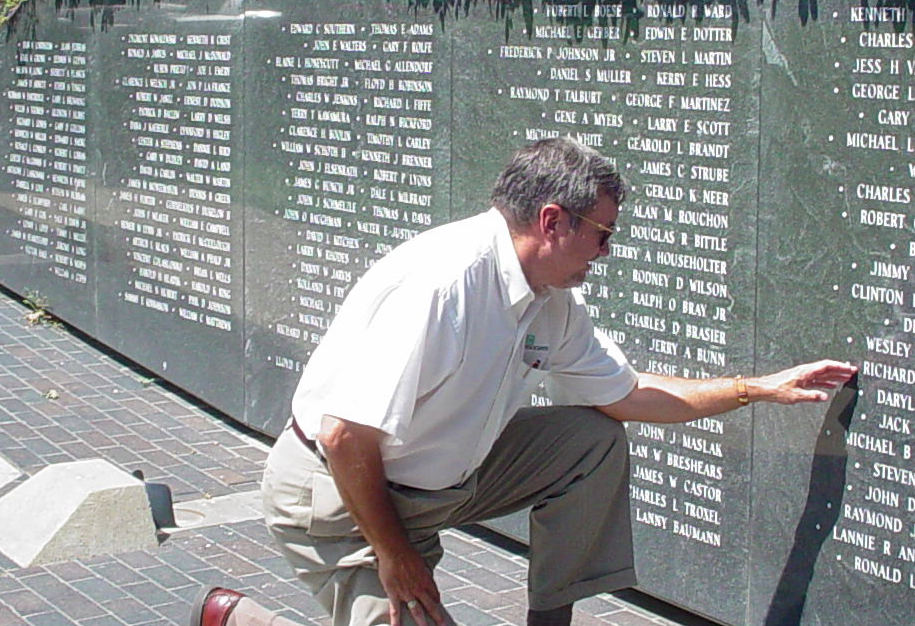 Steve Hochstadt is a writer and a professor of history at Illinois College.

I went to see the model of the Vietnam Veterans Memorial when it came to the center of Jacksonville. “The Wall That Heals” travels across the country, bringing the cathartic effect of the larger wall of names in Washington to the hometowns of veterans and casualties of that long war. I did not serve, but I assume that this traveling reminder of the 58,300 Americans who died in Vietnam helps those who still experience the war’s pain.

I was moved to think again of my friend, Paul Semplicino (1947-1971), who died on leave in Bangkok, while President Nixon claimed to search for “peace with honor”, but secretly escalated into Cambodia and Laos.

What balances the national pain of all those deaths, over 150,000 physically wounded and many more psychologically scarred? What good did our intervention in Vietnam do?

A few years later in 1980, Ronald Reagan, running for the presidency, claimed that “ours was, in truth, a noble cause.” Individual men and women served with honor and demonstrated personal nobility. W.D. Ehrhart, just my age, writes of the unpredictable mixture of boredom, bravery, foolishness, disdain for the Vietnamese and willingness to die to save their lives. But our country earned no honor in Vietnam, and our cause was not noble.

The war was part of the global power struggle, ignoring the interests of the Vietnamese people fighting for independence from colonial domination. Hundreds of thousands of civilians were killed, including more children than American soldiers. We sprayed 20 million gallons of herbicides, mostly Agent Orange containing dioxin, on 1/7 of South Vietnam’s surface. Both American veterans and Vietnamese civilians, including babies born long after the war’s end, have suffered from the effects of these chemicals.

That was a bad war in which America, represented by a succession of governments, acted badly.

There have been good wars. That phrase is misleading about war, but it expresses a truth about joining a war. American entry into World War II was almost a “noble cause”, composed of self-protection, a response to aggression, and a fight between good and evil. Everything we have learned about World War II in the 70 years since its end demonstrates that our reasons were good, our fighting was good, and the results have been good.

One story I just heard from a new friend shows that. In the 1950s, his father took the family to France, where he had fought in 1944, but about which he said little. He drove seemingly lost among small villages. Suddenly he pulled into a little farm and stopped in front of the house and barn. The farmer came out shouting about this violation of his property, the father gestured and raised his voice that he had been here before, and the family of mother and children, including my friend, watched with dismay. The father knelt down and drew in the dirt the number “116”. The farmer burst into tears.

As the Army had came through, my friend’s father with the 116th had set up a hospital behind the farmer’s barn. The farmer’s daughter got sick. She was saved in the hospital. As the Americans and British advanced, they met joyous celebrations by the French people.

The German response to the Normandy landing was different. Six days after D-Day, a Waffen-SS battalion killed everyone in the village of Oradour-sur-Glane by herding them into barns and the church and setting them on fire.

American fighting in World War II liberated people who desperately wanted to be liberated. We even helped liberate the Vietnamese from the Japanese, only to support the reimposition of French colonial domination.

Since then we have engaged in wars around the world where we were not attacked, we were as aggressive as those we designated as our enemy, and our government lied to convince us that we were on the good side.

But I’m not making a moral argument. My point is that the results of justifiable and unjustifiable wars are different. We could have destroyed Vietnam, but we could not prevent its independence. We easily got rid of a murderous dictator in Iraq and have not been able to prevent the country from sinking into anarchy, with less security than before. We thought we could fix Afghanistan in our own image and kill those who had attacked us on 9-11, ignoring the earlier failures of the British and the Russians. The Taliban is still there, Al Qaeda has spread further, and a more deadly virus of fanatic destruction has arisen in the Middle East.

In Vietnam, in Iraq, in Afghanistan, and in many other places, our leaders did not know what they were doing. The result has been disaster for our soldiers, for the countries where we intervened, for our global image and our image of ourselves.

The political leaders who now demand that we commit more people and money to these mistaken incursions into other people’s lands are the same ones who say we don’t have enough resources to pay for schools or poverty programs or museums. They don’t want to remember the lessons of the bad wars we have fought, perhaps because they sent us into them.

We need to learn those lessons.

This article was first published in the Jacksonville Journal-Courier, June 7, 2015