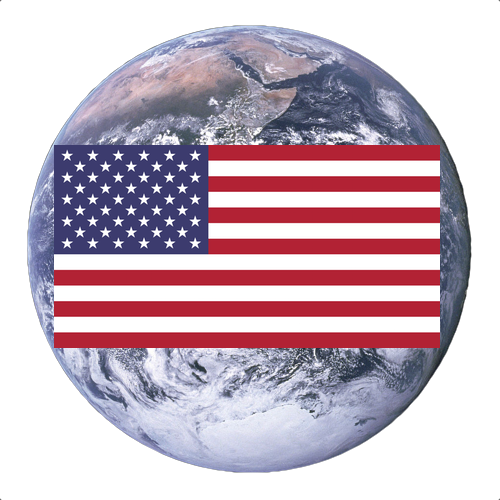 In 1947 Michigan’s Senator Arthur Vandenberg advised the ill-equipped President Harry Truman on the eve of the Cold War that the best way to convince the public to support cold and hot wars was “scaring the hell out of Americans.”  Truman “did just that,” wrote Robert Mann in  his first-rate A Grand Delusion: America’s Descent into Vietnam, by “painting a picture of a world teetering toward communist domination.” With an ample supply of “enemies” readily available it’s been the Holy Grail since then, leading directly to our valiant victories over the military behemoths of Grenada and Panama, and then on to Vietnam, Iraq, Afghanistan, and many more to come.

The New York Times recently featured an article which, for a newspaper that once served as Bush-Cheney’s echo when it initially backed the invasion of Iraq  — and later apologized because it claimed their sources got it wrong—was headlined, “Despite Cuts, Army Is Alert for Threats In Europe." An ominous sentence cited “an expanding effort to deter the latest threats [sic] from Russia with a fraction of the forces it had once deployed across the continent.” That’ll scare ‘em.

Undeterred, the paper followed up with another (leaked?) piece, claiming Putin’s Russia is militarily stronger than previously believed, both articles implying that we are short of more “defense” money, more weapons, more nukes and more contracts for our Merchants of Death. But since conventional journalism sometimes requires two sides to an argument someone happily inserted a brief protestation in the first article by quoting a rare critic, Rep. Jared Polis, a Colorado Democrat: “We should not continue to subsidize the defense of wealthy European nations against a Soviet threat that ceased to exist two decades ago.”

But who ever heard of Polis or even Jacob Hornberger, a libertarian editor, who wondered in his blog, “How can anyone still be an interventionist?”—especially after decades of military failures.

Easy. Never forget Arthur Vandenberg’s counsel and add in plenty of satanic foes and then spread the word in schools, mass media, and by opportunistic pundits, politicians and presidents.

Not to be outdone, a column in Rupert Murdoch’s Wall Street Journal, the flagship of American Capitalism & Exceptionalism, fretted about the Chinese danger arising in the mysterious East where “the credibility of America’s security guarantees to its Asian allies is on the line.” At least the writer had the good sense to warn that a war with China “would be unlike any America has faced since WWII.”

Still, with the possible exception of the Iran Agreement, regime change and reliance on military muscle remain the favored  solution in a Washington swarming with Chicken Hawks eager to send your soldier-kids to foreign lands armed with wonderfully innovative and sophisticated killing machines designed to tell the world that America’s “credibility” remains the last best hope of mankind, which Kevin Phillips once put down when he rejected talk of an invasion of Iraq in the American Conservative magazine  as “a war-policy recklessness that makes Barry Goldwater look like Mahatma Gandhi.”

David Brooks, the Times’s philosophical Burkean conservative, added his own mournful latter-day lament from on high about those glorious years when America owned the world. “The United States,” wrote Brooks in his Times column, “is no longer willing to occupy the commanding heights and oversee global order.” Not so fast, David. The US military is in Afghanistan, Iraq, Libya, Pakistan, Somalia, Syria and Yemen, not to mention Ukraine, the Baltic States and the waters close by Putin’s Russia, as well around the globe in hundreds of military bases.

But I like best the way the late Charley Reese, a Menckenesque iconoclast and longtime Orlando Sentinel columnist who asked, at the height of the Vietnam War, if his readers were willing to send their kids to their local recruiting station.

“There is an easy way to assess foreign policy initiatives such as making defense commitments or sending American troops on foreign missions,” wrote Reese. “First of all, determine the objective. Then ask yourself these two questions: Would you be willing to die to achieve this objective? Would you be willing to see my children die to achieve this objective? If the answers are no, then oppose it.”

So be wary of our many right, center and left hawks who are willing to send your son or daughter to war while their own dwell in safety. Ask our pugnacious home front warriors what, precisely, they and their family are prepared to sacrifice in our next war. But please don’t expect an answer.