2016 In Context: 10 Clinton Moments to Remember

Gil Troy, Professor of History at McGill University, is the author of The Age of Clinton: America in the 1990s, published by St. Martin’s Press. His next book will update Arthur Hertzberg’s The Zionist Idea. Follow on Twitter @GilTroy.

Click HERE for more installments of 2016 In Context:  Gil Troy's commentary on the closing days of the election.

Three weeks from today, Americans finally will have a chance to vote for president of the United States -- hundreds of other offices on ballots across the country. As a presidential historian who has written histories of presidential campaigning, of various presidents, of First Ladies, including Hillary Clinton when she was in that symbolic role, and, most recently, of the Clintons and the 1990s in The Age of Clinton: America in the 1990s, every day until Election Day I will post an article putting this election in historical context, trying to explain this wild and wacky race using history as our guide. So here it goes, with hashtag #2016incontext

As Hillary Clinton runs for president, I believe, as I argued in Time last week, that she should resurrect her husband’s centrism, trying to recreate some of the succeses of her husband’s presidency. The Nineties were a great decade of peace and prosperity, and Bill Clinton’s presidency had many highlights, as described in my book, The Age of Clinton: America in the 1990s .

I know we have reached the point in the campaign where partisans have no patience to read anything good about their opponents or bad about their hero/heroine -- so, buckle your seatbelts, tomorrow I look at why Hillary Clinton is so hated and distrusted. The day after I will look at the great highs and lows of Donald Trump's public service record.

1. Playing “your momma don’t dance” on the sax with Ben E. King at the 1993 Inaugural Ball

When Bill Clinton confronted blacks about crime – inviting them to work together on crime as a values challenge because blacks where disproportionately victimized by crime. Clinton’s candor and openness helped defuse the racial tensions around the problem and helped lead to the 1994 Crime Bill and today’s far lower crime rate.

When President Clinton and Governor Mike Huckabee, a Democrat and a Republican, greeted the Little Rock 9 at the Schoolhouse door, 40 years after they had been blocked from entering by segregationists. 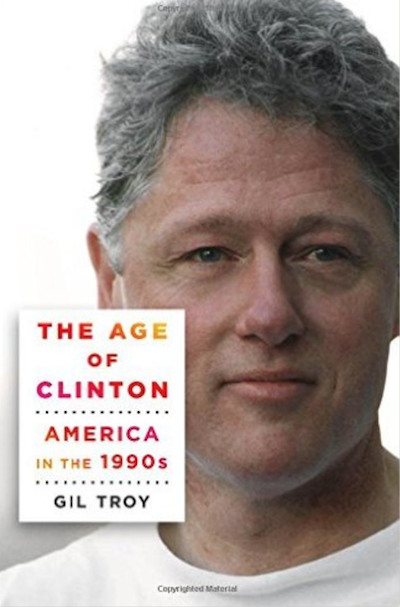 4. When President Clinton delivered his health care speech extemporaneously because the teleprompter scrolled the wrong text – wowing reporters and Republicans with his command of the facts. At the time, it looked like some version of Health Care Reform would be passed easily.

5. 1993 The Budget bill passing, building in fairness, on George H.W. Bush’s controversial tax cuts, the 1993 bill helped lead to the boom of the 1990s and the magical moment when the Federal Budget Deficit was projected to be 0 – after billions in deficits over the years.

6. Hosting Nelson Mandela in 1994 – helping the world heal from Apartheid and America do penance for being slow to defend South African blacks and colored and mixed races – and whites – all of whom suffered under the Apartheid regime.

7. After the Oklahoma City bombing, Clinton led the mourning, visiting the site on April 23, 1995, along with the First Lady, saying so eloquently,  “Their legacy must be our lives” – and proving that he was relevant as president, even after the 1994 loss of Congress.

8. When Bill Clinton presided at Yitzhak Rabin’s funeral and said “Shalom chaver” – doing his best to preserve the peace process – although note that in his memoirs, as much as he mourns Rabin’s murder, Clinton makes it clear that he blames Yasser Arafat and Hamas for rejecting peace negotiations and turning toward failure, remembering that in the last days of his presidency, when Arafat tried flattering him as a “very great man” Clinton yelled “I’m a failure .. .because of you.” Clinton and his people wanted Arafat to be the Mandela of the Middle East, instead, he was the Arafat of the Middle East.

10. When he and the First Lady visited the AIDS Quilt in October 1996. In this emerging Republic of Everything, society was becoming much more welcoming and pluralistic. Gays became increasingly accepted, demonstrated by the Clintons’ visit to the massive AIDS quilt unfurled on the National Mall.