How to Address Truth Denialism Effectively Over the Holidays 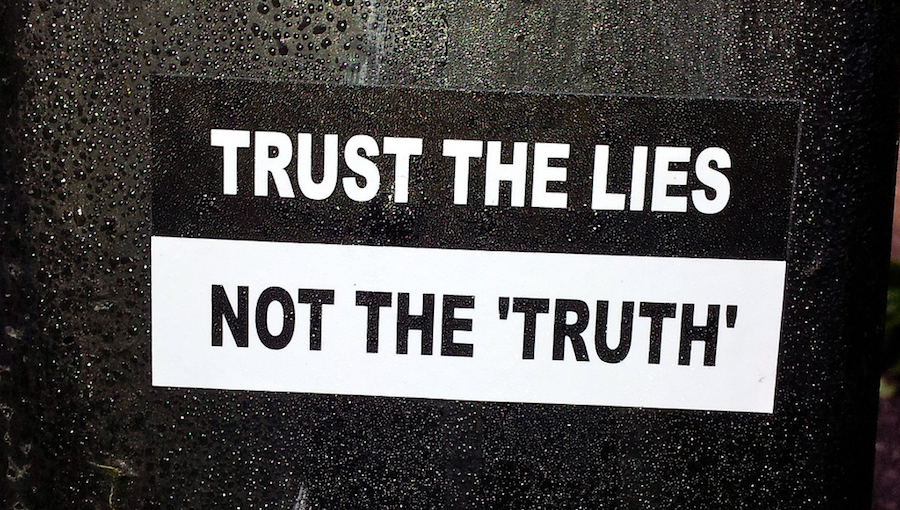 Dr. Gleb Tsipursky is the author of The Truth-Seeker’s Handbook: A Science-Based Guide. He is an Assistant Professor at The Ohio State University, President of the nonprofit Intentional Insights, and co-founder of the Pro-Truth Pledge.

It’s the holiday season, which means plenty of opportunities for uncomfortable interactions with friends and family who are truth deniers. For example, my close friend invited me to her holiday party recently, where I sat across the table from her brother Mike. We got to talking about Donald Trump’s recently-successful efforts to ban people from many majority-Muslim countries from entering the US and his retweeting of anti-Muslim videos.

Mike strongly supported Trump’s ban and rhetoric, and other anti-Muslim policies. By the end of that meal, he grew to be much more tolerant and inclusive of Muslims. To get him to update his beliefs  – something I do regularly during interviews with conservative talk show hosts –  I relied on my research on how to get people to accept the facts, specifically a strategy that can be summarized under the acronym EGRIP (Emotions, Goals, Rapport, Information, Positive Reinforcement).

The typical response to truth deniers of presenting facts and arguing is generally not effective in changing people’s minds on charged issues. Research on the confirmation bias shows that people tend to look for and interpret information in ways that conforms to their beliefs. Moreover, studies on the backfire effect reveal that when people are presented with facts that challenge their identity, they sometimes develop a stronger attachment to their incorrect belief as a defense mechanism.

If someone denies clear facts, you can safely assume that it’s their emotions that are leading them away from reality. You need to deploy the skill of empathy, meaning understanding other people’s emotions, to determine what emotional blocks might cause them to deny reality. In Mike’s case, it was relatively easy to figure out the emotions at play by making a guess based on what research shows about what conservatives value: security. I confirmed my suspicion through active listening and using curiosity to question Mike about his concerns about Muslims, and he shared extensively his fears about all Muslims being potential terrorists.

Next, establish shared goals for both of you, crucial for effective knowledge sharing. With Mike, I talked about how we both want security for our society. I also pointed out how sometimes our emotions lead us astray. We might want to eat all the Yule log on the table, but it would harm our health, so we should focus on our goals over our gut intuitions. We should also commit to the facts, as we want to avoid deceiving ourselves and thus undermining our safety and security. I told him that I - along with thousands of others - committed to the Pro-Truth Pledge and asked him to hold me accountable. He appreciated me sharing about this commitment, and it raised my credibility in his eyes.

Third, build rapport. Using the empathetic listening you did previously, a vital skill in promoting trusting relationships, echo their emotions and show you understand how they feel. In the case of Mike, I echoed his fear and validated his emotions, telling him it’s natural to feel afraid when we see Muslims committing terrorism, and it’s where my gut goes as well.

Fourth, move on to sharing information. Here is where you can give the facts that you held back in the beginning. There were eight terrorist acts in the US motivated in part by Islamic beliefs in 2016, with nine terrorists in total. Given that there are about 1.8 million Muslim adults in the US, you have a one-in-200,000 chance that any Muslim you see would commit a terrorist act in one year. That's like picking out a terrorist randomly from the number of people in several football stadiums, and focusing our efforts on surveilling Muslims will make us less secure by causing us to miss the actual terrorists.

Moreover, the FBI praises Muslims for reporting threats, and anti-Muslim policies will make Muslims less likely to report threats. Besides, we already see Trump’s anti-Muslim rhetoric used to recruit terrorists in the US, and more anti-Muslim policies will only result in more materials to recruit terrorists. The key here is to show your conversation partner, without arousing a defensive or aggressive response, how their current truth denialism will lead to them undermining the shared goals we established earlier.

Mike was surprised and moved by this information, presented in an emotionally-sensitive manner. He agreed that anti-Muslim policies seem unwise, and we should be more tolerant and inclusive for the sake of increasing our security, even if that’s not how we intuitively feel. I offered positive reinforcement for his orientation toward the facts, a research-based tactic of encouraging people to change their identity.

Think of how much better your holiday dinner could go if you use EGRIP instead of arguing!