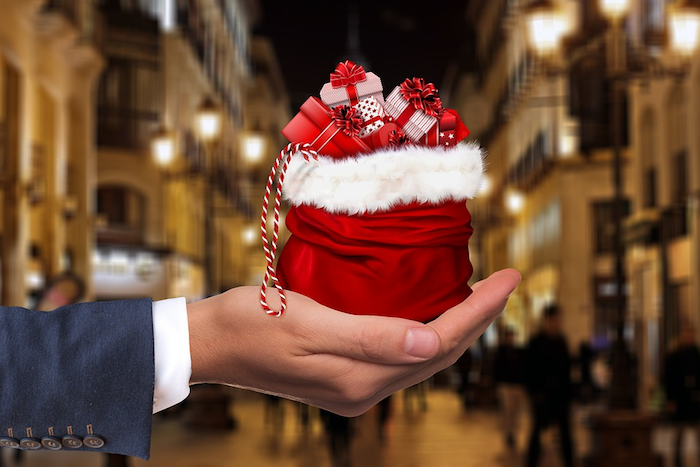 Dr. Gleb Tsipursky is the author of The Truth-Seeker’s Handbook: A Science-Based Guide. He is an Assistant Professor at The Ohio State University, President of the nonprofit Intentional Insights, and co-founder of the Pro-Truth Pledge.

With the new bill, the tax rate for corporations is reduced from 35 percent to 21 percent. That makes a total reduction of 40 percent from what they were paying earlier. Other benefits for corporations include doing away with the alternative minimum tax, along with many provisions that will reduce the taxes they do pay.

Unfortunately for individuals, the tax cuts they get are limited to 8 years, and expire after 2025. So without any changes, the same household making $50,000 to $75,000 would actually be paying $30 more in taxes after 2025. The wealthy would be much better off, with the average household making over a million getting a cut of more than $23,000 after 2025, along with a host of other benefits. Overall, after that date, households making over a million  –  approximately .6 percent of all taxpayers  –  would get 81.8 percent of the total benefit of this bill. By contrast, the corporate tax rate cuts are permanent, and will not expire.

This extremely disproportionate tax cut comes with a hefty price tag. The nonpartisan and authoritative congressional scorekeeper Joint Committee on Taxation found that the tax bill would cost approximately $1.4 trillion, which would be added to the existing $20 trillion national debt.

Who will now be responsible for paying the taxes to address this debt? Due to the extreme tax cut for corporations, individual American taxpayers will have a much bigger proportional tax burden in paying for the debt. Since the most wealthy had especially large tax breaks, and they tend to be the large shareholders in corporations that benefit from this law, middle-class Americans will be increasingly stuck with the tab for the debt. This is especially the case after 2025, when the tax breaks for individuals expire.

The Republican politicians who support the tax bill say it will pay for itself by creating jobs and improving the business climate, and thus in the end benefit the middle class. However, they are not experts at economics. The Joint Committee on Taxation, which is acknowledged as nonpartisan and expert by Democrats and Republicans alike, found that over 10 years the tax bill would produce $400 billion in revenue, leaving unpaid an additional $1 trillion. Likewise, a survey of top economists indicated that the vast majority believed the tax bill would not substantially improve the US economy, would substantially increase the debt burden, and would redistribute wealth from the middle class to corporations and the wealthy.

Deferring to expert analysis is a critical component of truthfulness. Any time we see someone  –  especially a politician  –  reject expert analysis, we should be very suspicious, and see whether they have hidden motivations to mislead us. After all, while politicians are not experts at economics, they are experts at getting elected. They have strong incentives to do what would get them elected and mislead the public if needed.

In the case of this tax bill, the hidden motives are quite obvious. For example, Representative Chris Collins, a New York Republican, told a reporter that “my donors are basically saying, ‘Get it done or don’t ever call me again’” regarding the tax bill. According to Senator Lindsey Graham, a Republican from South Carolina, if the tax bill is not passed, the “financial contributions will stop."

In order to ensure they get elected, Republicans had to pass the tax bill in order to keep getting donations from the wealthy and corporations, who really pay attention to and know what is going on. Now, President Donald Trump is calling on his Republican colleagues to sell the tax bill to everyday voters, who pay much less attention to the details of tax policies.

Republicans have been misrepresenting the essence of the tax bill all along. They presented it as all about tax cuts to the middle class, even though the biggest cut has been for corporations. Repeating this falsehood invokes the illusory truth effect, a psychological phenomenon where a false statement repeated often enough becomes seen as true. Indeed, most of the Republican base bought these falsehoods, with around 60 percent thinking the bill primarily favors the middle class.

In reality, the tax bill falls into the classic category of trickle-down economics. This policy approach involves taking money from the middle class and giving it to corporations via such tax cuts. Republicans justify trickle-down economics by saying that corporations will use such money better than middle-class Americans, despite experts disagreeing with them about the growth resulting from the tax bill.

Historically, trickle-down economics has been most strongly associated with Ronald Reagan. Unfortunately, Reagan’s economic policies had bad economic consequences. More recently, thorough analyses of trickle-down economics by such reputable organizations as the International Monetary Fund suggest that this approach does not stimulate economic growth. Instead giving money to the lowest income earners stimulates growth much more. However, that’s not what the tax bill does.

Will the misrepresentations of the tax bill succeed or will the American people recognize the truth about this tax bill as taking money from the pockets of middle-class Americans and giving it to corporations? You can make a difference by calling out any politicians and journalists who misrepresent the tax bill and calling on them to commit publicly to truthful behavior, as well as committing to truthful behaviors yourself by taking the Pro-Truth Pledge at ProTruthPledge.org.