Blogs > There's No There There > Canada's Advantage Over the USA

Canada's Advantage Over the USA 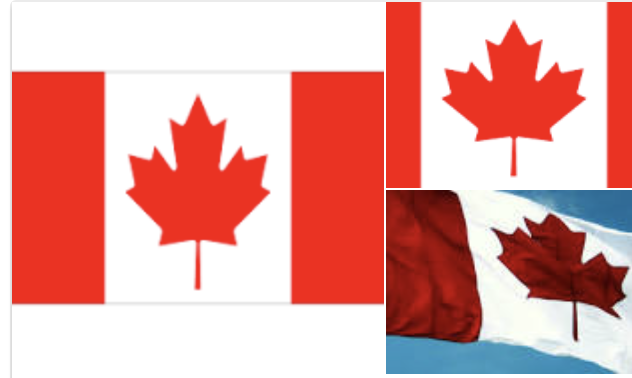 Murray Polner, formerly HNN's senior book review editor, blogs at There's No There There. He is the author of No Victory Parades: The Return of the Vietnam Veteran, Branch Rickey: A Biography, and co-editor of We Who Dared Say No To War.

It could very well have been my home country had my parents immigrated to Winnipeg in 1920 to join their cousins who, like my folks, had also fled Eastern Europe in 1921 and the bloodletting and savagery of a three-year civil war between Poles, Ukrainians, Russians, Reds, Whites, Brits, French and Americans , often with Jews as its main targets. Instead. they chose to live in Brooklyn, USA.

The Good 'ol USA. Home to the Land of the Free and Home of the Brave, Honor the Red, White and Blue, all empty slogans pundits later described as examples of American Exceptionalism, but only a catchphrase which is no more than a contrived PR term. In addition to the best features of American life such as freedom and liberty for its people, mainly the white ones, the USA has also been the home of racism, residential segregation, corporate domination, schoolroom murders, constant wars and threats of war fueled by our Merchants of Death.

At various times in our history, immigrants were barred entry, such as the Chinese in 1882, eastern and southern Europeans in 1924, and of course today, when "Keep 'em out" is now part of the system.

By comparison, how generous were most Canadians when they welcomed our men and women who refused to join in America's criminal war in Vietnam. At its best, Canada is a land of diversity and moderation ---save to its First Canadians and Roman Catholic indigenous children who were forced into boarding schools run by the Catholic Church and and where many were of the kids were victims of beatings, rape and other horrors, reported Canada's national Truth and Reconciliation Commission.

My favorite Canadians are novelist Mordechai Richler and his wonderful books about his Montreal Jewish neighborhoods and Pierre Trudeau senior, who welcomed thousands of American exiles during Vietnam and about whom I wrote in my book "When Can I Come Home?" When I decided to write and edit the book I interviewed men and often the women who had accompanied them into exile in Denmark, Sweden, France, the UK and of course Canada.

Now I ask myself how is it that Canada has not gone the way of Trumpism and his white working and lower middle class xenophobes.

So it was with delight that while the US was undergoing a nervous breakdown in the sixties, shooting black and white Americans at home and abroad, killing two Kennedys and King, and some 58,000 US soldiers and a million or so Vietnamese, I was offered a position as Visiting Professor of History at St. Dunstan's University, a small Catholic college in Charlottetown on Prince Edward Island, a somewhat remote and ignored maritime Canadian province.

All of us Polners  – Lou, Beth, Alex, Rob and of course Mottke Goniff, our mixed Collie-Shepherd  –  took off in our ancient, well-dented Dodge, roaring through New England and then into Maine (where I'd teach history the next year at the University of Maine) along the notorious Route 9 into New Brunswick and finally landing at the old farm we had rented, a few miles from the college.

Day One at St. Dunstan's University

Before I ever stepped into a classroom the faculty, all priests, asked me to lunch. The Vietnam War was very much on their minds and for two hours exhausting but fascinating hours --questions followed questions. For a while I wondered if they regretted hiring me even though the history chairman earlier told me he had prayed to God for a summer replacement since he had a free trip to France awaiting him.

After questioning me about the war and related subjects, the chairman concluded that though I was a bit too conservative for them I was very welcome. Actually, the priests had been worker priests in France, an effort by Church "liberals" who wanted priests to work in factories because they feared the French working classes were leaving the Church and uncritically turning toward left-wing and communist causes.

Looking and living like workers , the movement was terminated by the conservative church hierarchy. Remnants of the movement were found among the American Catholic Left during the sixties, among Liberation Theology followers in Latin America and now among my new colleagues at St. Dunstan's.

My students were well-informed and wrote well and critically. I asked lots of questions and challenged and/or praised them for their responses. The nuns were well-read and flirted. Alternative theories and nonconformist views never seemed to deter them. 0utside the classroom, Father Arsenault, a professor of English, became my friend and told me that I was the first Jewish faculty member the college had ever hired. Confidentially, he added, they want to hire me as a permanent faculty member, with free housing and a fair salary. Sadly, I would eventually say No to their offer since my widowed mother needed me and Louise and the kids needed, I believe, their home country.

Too bad. Charlottetown, the capital, was a small city, looking almost as it might have in the twenties and thirties. Often we'd wander about visiting a blanket factory and with no union to protect their employees' interests, their factory floor resembling the squalor of a Victorian-Dickensian industrial unit, the shreds of blankets gagging the workers. We used the invaluable Canadian national health plan. We were invited to weekend parties and their church dinners, and witnessed at first hand the bleak lives of local farm boys (girls rarely seen)

Meanwhile, our conversations continued here and there, my colleagues often testing my liberal views, which were turning left/libertarian but always anti-war.

When Al Campanis, who had played shortstop next to Jackie Robinson at second base for the Montreal Royals, the Brooklyn Dodger's major International League farm team, asked me to write his autobiography because I had written a bio of Branch Rickey (who brought Jackie Robinson into previously white baseball), I was thrilled at the possibility of returning to Canada to do interviewing and research but other things intervened later, especially for poor Al, who lost his job with the LA Dodgers (see my sad essay about him) and the book was never written.

We loved PEI, St. Dunstan's University and Canada. Years later Alex would take his family to this Goldene Medina. And in 1969, St. Dunstan's merged with a renamed entity called Prince Edward Island University. My guess is that they simply ran out of money or the passionate ex-worker priests grew old and simply retired.

Canadians, said George Woodcock, the Vancouver writer, "pride ourselves on our ironic modesty." No wonder then and now it has accepted so many refugees fleeing persecution and has so easily accepted multilateralism. The Trudeaus, father and son, reflected that sentiment when one of them said that Canada should never "lecture another country how they choose to govern themselves."