Blogs > Steve Hochstadt > How Much Do We Care About Our Grandchildren?

How Much Do We Care About Our Grandchildren? 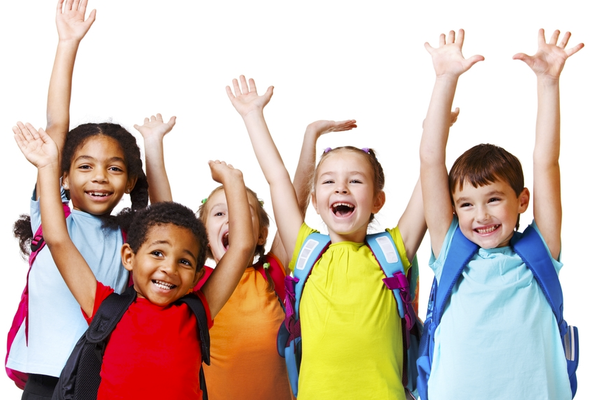 I have two one-year-old grandchildren. They are happy and healthy, learning to talk and feed themselves and make their desires known to the adults who control their world. I am lucky, but it wasn’t just luck. Their parents were thoughtful about changing their lifestyles to give the babies the best possible chances at healthy lives – less alcohol, less caffeine, heathy diets, paying attention to doctors’ advice. Good luck and good care.

In 2050, Vera and Leo will be 32. They may just be starting their own families. They might become great parents, but what if the world is collapsing around them?

By that time, unless we make great changes, the earth will be hotter. Where I live in central Illinois, summer temperatures will be 6 degrees warmer than in 2000, and 4 degrees warmer in winter. After 2050, the Central Plains states may suffer from droughts much worse and much longer than the 1930s Dust Bowl. Each year, Chicago will have a month of days when the heat index reaches 105 degrees, compared to four days in 2000. Peoria and St. Louis are among the 25 cities that have warmed up the fastest in recent decades.

Each region in the US will face different combinations of severe hazards due to the warming climate. The greatest hazard on our coasts will be rising sea levels. More and more powerful storms will especially threaten Florida. Some cities in Texas will see the heat index rise over 105 degrees for more than half the year. Droughts in the Southwest and in Indiana, insufficient rainfall in much of the Midwest, but heavier precipitation from Maine to Alabama represent the most significant dangers. Each region will suffer several simultaneous severe climate hazards by 2050.

Heat waves, floods, fires, droughts and storms also damage agricultural land. Warming oceans harm fisheries. In California, the source of over a third of the country’s vegetables and two-thirds of our fruits and nuts, the severity of summer drought will triple by 2050.

Wealth can protect some humans from the immediate effects of climate hazards. More expensive food, the need to purify water, increased medical attention, even moving away from storm-threatened coasts, dried out forests, or hot cities present little problem for those with extensive personal resources. Economic inequality within the US and across the world will translate even more forcefully into unequal life chances. The infrastructures of poorer countries in Asia, Africa and Latin America are much weaker, meaning that severe climate events have much greater impact. The World Bank predicts that more than 140 million people will be displaced in developing regions of the world by 2050, mostly in Africa. In wealthier countries whose populations will not suffer as much directly, heightened pressure will result from increased immigration, more expensive raw materials, and more violent conflicts.

Our planet is now nearly 2 degrees warmer than in the early 20th century. The economic effects thus far have been staggering: the number of extreme weather events that cost over $1 billion in economic losses has quadrupled since the 1980s. Continued burning of fossil fuels, contributing to warming and air pollution, will cost the US economy $360 billion a year in the 2020s.

My life will barely be affected by climate change. By the time the accumulated results of human activity create disastrous effects in America, I will probably be in a nursing home. But Vera and Leo will not be so lucky. Wherever they live, the climate will be unfriendlier, the infrastructure will be overburdened, the costs of coping with severe hazards will be higher, and the economic inequalities will be deadlier. The future for them and their children will be bleaker. People will be angry.

I am angry now. Angry at the professional liars who have claimed for years that nothing was happening. Angry at the politicians who pretend to believe them. Angry at the corporations who care only about this year’s bottom line.

I’m angry at the self-proclaimed Christians who say they are pro-life, but put the lives of all future generations in danger by denying climate change; who quote the Bible at every turn, but ignore those passages they violate every day: “You shall not defile the land in which you live.”

I am angry at those who want responsibility, but are irresponsible, who not only do nothing to preserve the earth for the future, but do everything to further pollute our planet.

We have already gone past the point of no return. More carbon dioxide was released into the atmosphere from burning fossil fuels in 2018 than ever before. Glaciers are melting, seas are rising, storms are getting stronger. It will take more than recycling, more than a few electric cars and wind turbines, more than the kind of minimal lifestyle changes recommended by trendy columnists.

In order to prevent climate catastrophes by 2050, the nations of the world must cut fossil fuel use in half within the next 15 years and nearly eliminate their use by 2050. That means no more gasoline engines, no more heating homes with oil, complete restructuring of manufacturing plants. No more throwaway economies.

We have to change our lifestyles now. That will be uncomfortable, even scary. Do we care about our grandchildren enough to do that?