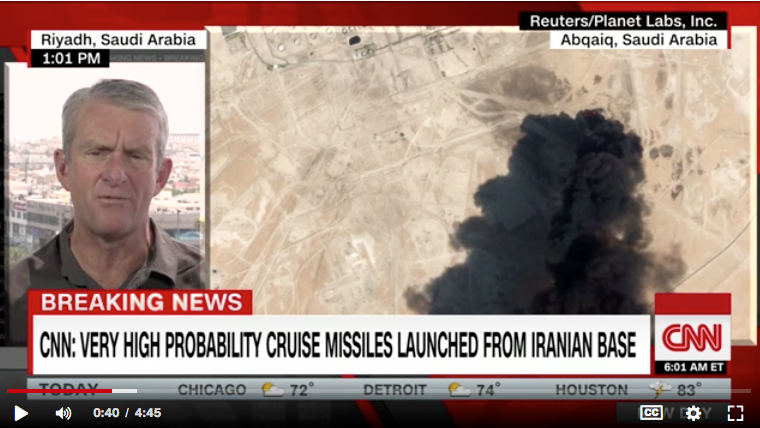 Stone Age Brain is the blog of Rick Shenkman, the founding editor of the History News Network. His newest book is Political Animals: How Our Stone-Age Brain Gets in the Way of Smart Politics (Basic Books, January 2016).

This is a blog post about Iran.  Which is why I want to talk about Pearl Harbor.  Let me explain.

In 2003, on a visit to Tokyo, I went to the Japanese War Museum.  It was a visit I've never forgotten.  The reason is the museum exhibit on Pearl Harbor, which I wrote about for HNN.

In the American telling, Pearl Harbor is the story of an imperial power attacking the United States out of the blue and for no good reason.  It's a story of treachery and connivance.  It's also a simple story of good guys and bad guys with the bad guys in the end getting their comeuppance.

This is not the story told in the museum.  Most importantly, their story doesn't begin with Pearl Harbor.  It begins with an earlier decision by the US to cut off the supply of oil to Japan, a decision that strangled the Japanese economy.  Pressed back on their heals the Japanese had little choice but to attack the US in retribution.  Hence, Pearl Harbor.

What is missing from the Japanese story was the reason the US under FDR stopped oil shipments to Japan.  It was because Japan was rampaging through Asia like a wild bully, as happened in Nanking, where 20,000 women were raped and 300,000 killed.

I have not been back to the museum since my 2003 visit. But here's the lesson I learned that day that's never left me.  If you push a country to the brink of bankruptcy, said country is bound to feel strongly it is in the right to retaliate, whatever the reasons were for your action in the first place.  Some six decades after the end of the war the people who put together that war exhibit were still of the opinion that the stoppage of oil was a legitimate casus belli.

So why bring this up now?

Iran today is acting in a way not too dissimilar from Japan.  The message Iran was sending a few weeks ago when it blew up a good part of one of Saudi Arabia's major oil refineries was that there's a limit to the amount of pain the Persian country is willing to take.  For a year it had waited patiently for relief from the sanctions the US was imposing but their patience had worn thin.  The US kept increasing the sanctions, crippling the Iranian economy.  Enough!

The Trump administration had its reasons for withdrawing from the nuclear agreement Barack Obama had cut with the Iranians.  But from the Iranian point of view what mattered was the pain their people felt from the sanctions.  At some point the Iranian regime was bound to react to that pain.  A few weeks ago it did.  And as Thomas Friedman points out in his New York Times column this week that single attack is now reshaping Middle East politics (and not for the good, I'd add).

On this blog I talk a lot about biases.  So I would be remiss if I didn't note that an obvious bias was at work in both Japan and Iran.  To preserve themselves regimes will dream up any excuse they can manufacture to justify the actions they take to survive.  The excuse need not be credible to outsiders.  It is for domestic consumption. Owing to a natural desire to justify their own country's behavior, people will readily accept said rationalization.  This is human nature.

When the Trump administration cavalierly withdrew from the nuclear agreement with Iran they were playing with fire. A Pearl Harbor response was almost inevitable.  When it came no one should have been taken by surprise.

I would guess that former National Security advisor John Bolton and President Donald Trump have never visited the Japanese War Museum.  Too bad.  There's plenty to be learned from a war exhibit, even one that's as badly biased as the one I saw back in 2003. (And apparently little has changed since then.  According to news stories the museum still presents a warped right-wing view of the events that led to war.)