"Never Trump" is Just the Beginning 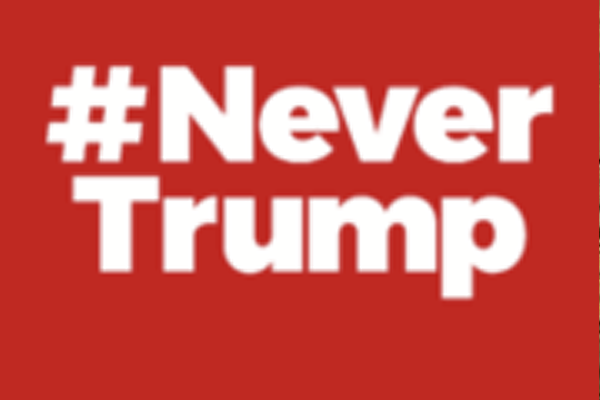 I am grateful to Never Trumpers, Republicans organized against Trump’s reelection, openly advocating for Joe Biden, representing the Democratic Party that Republicans have scorned for decades. They are not just talking, but making good political ads about why Trump must be defeated. They might be the margin of victory over their own Party.

But “Never Trump” or “Never Again Trump” is just the beginning of deciding where they will go. For Republicans who want to face up to their collective failure, it is not enough.

Trump represents character that nobody could wish for: greed, delusions that he is better at everything than everyone, disdain for all other humans, dishonesty, corruption. Is that all that these Republicans want to get rid of in their Party? To achieve “Never Again Trump”, Never Trumpers must admit to themselves why their Party fell on its knees before Trump.

What about Republican unwillingness to give up a scientifically ignorant, but politically useful reaction to the “global warming” threat of the 1980s? Thirty years later, as climate change actually threatens lives now, are they going to rethink that? Will that prompt more thought about their treatment of American science as a purely ideological construct of their enemies? Deliberate ignorance about unpleasant truths has made the Republican Party incapable of contributing to a better modern life. It won’t be easy to admit that Trump’s stupidities about low-flush toilets and wind turbines and modern light bulbs mushroomed out of standard Republican ideological fantasies.

Let’s go further, beyond science to social science and history. As soon as women and Blacks and Hispanics and Native Americans and immigrants and gay people began to enter the academic professions, Republicans decided that academia was a leftist plot to overthrow America. Will Never Trumpers reexamine the conservative tendency to equate “professor” with “traitor”?

How about racism? The leadership of the Republican Party called out the whole structure in 2012, demanding that the Party “demonstrate we care about” “Hispanic, black, Asian, and gay Americans.” Yet today’s Republicans have turned such broad thinking about who is an American voter into heresy on their journey to ever more explicit forms of public racism. Sending the “least racist person you will ever meet” back to his immensely privileged den won’t make the Republican Party “color blind,” any more than their ability to find a few exceptional black people to hide a white supremacist face.

White male privilege has served as Republican dogma nearly my whole life, propped up by the evangelical right wing, for whom white male supremacy is the foundation of their belief system. Rethinking Republican racism might annoy some fervent supporters, exactly those who claimed Trump was their savior.

There would be other costs to any questioning about how the worst President in history could take over the party of Lincoln. Of the 19% of the American public who are Republicans and watch FOX News, about half of self-identified Republicans, 78% believe that Trump has accomplished more than almost any other president in history. They won’t line up to vote for people who tell them the truth about Trump’s “accomplishments.”

Are Never Trumpers going to argue with their firm beliefs: the mainstream media promotes “fake news” to hurt Trump (89%); the FBI and US intelligence agencies are trying to sabotage Trump (79%); Trump was right to declare a national emergency in order to start building a border wall (84%)? This half of Republicans always votes for Republican Congressional candidates. If Never Trumpers alienate both FOX News and these viewers, they will become “Never Winners.”

Never Trumpers sorely lack introspection. Their media spokesmen, such as David Brooks, Ross Douthat, and George Will, can’t bring themselves to admit their role in bringing Trump to the White House and Trumpism into the Republican Party.

It won’t be easy to admit that the hypocrisy of political expediency is the soul of modern Republicanism. Those Republican Senators of 2016 pledged their allegiance to the principle that picking a Supreme Court justice eight months before a presidential election was wrong. Now they wish they could just delete those earnest speeches.

I wish the Never Trumpers success. Even if they don’t change the policy preferences that make it impossible for me to vote for them, perhaps they will be able to bring a whiff of truth to their politics. If they can’t stop suppressing votes, maybe they’ll admit why they do it. If they can’t bring themselves to do anything about climate change, at least they could explain that they just don’t want to spend money on saving the planet for future generations. If they aren’t willing to upset their evangelical base, they could be more forthright about why white Christian men should run the country.

Good luck with that.