Blogs > Ronald L. Feinman > Senators who Made an Impact, Despite First being Appointed (not Elected)

Senators who Made an Impact, Despite First being Appointed (not Elected) 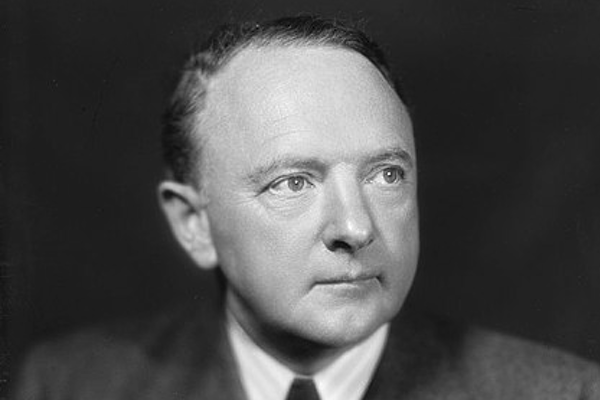 The US Senate, since the beginning of the 117th Congress this January, has seen a grand total of 1,994 members in its 232-year history.

Among those, there have been a total of 202 appointed Senators since the adoption of the 17th Amendment in 1913, which provided for direct popular election of Senators.

Therefore, it is common to think of appointed Senators as just temporary replacements, waiting for the next regularly scheduled election for that Senate seat, or until the next even-year election. This has often been true.

But several have ended up being major historical figures in Senate and political history.

This article is the first of two to examine the historical significance of twelve US Senators who, despite being originally appointed rather than elected, made a difference in American history.

Charles McNary (R-Oregon) was appointed in May 1917, and then was elected to the Senate in November 1918, serving until his death in February 1944.  He was chosen by the Oregon Governor for the vacancy due to his support of women’s suffrage and Prohibition, two policies that were established by constitutional amendments ratified before the 1920 national election.  He was Chair of the Senate Agriculture Committee from 1926-1933, and held the position of Senate Minority Leader during Franklin D. Roosevelt’s New Deal from 1933 until 1944, longer than any Republican has held that post.

He was perceived as a “progressive” Republican who supported much of the New Deal and defense measures as World War II came closer, including the Selective Service military conscription in 1940 and the Lend Lease Act in 1941. A westerner, he supported the development of hydroelectric power, including the Grand Coulee and Bonneville Dams, as public works projects.  He was the primary promoter of the proposed McNary-Haugen Farm Relief Bill, twice vetoed by Republican President Calvin Coolidge in the 1920s, which might have staved off or alleviated the effects of the Depression on agriculture.  McNary was the Vice Presidential running mate of Wendell Willkie in 1940. In an odd footnote, had the duo been elected over FDR and Henry Wallace, they might have become the first president and vice president to both die in office, as McNary did in February 1944 of a brain tumor, and Willkie of a heart attack in October 1944.  My book, Twilight of Progressivism: The Western Republican Senators and the New Deal (Johns Hopkins University Press, 1981), has McNary as a leading figure in that group, which cooperated with FDR on many New Deal initiatives.

Carter Glass (D-Virginia) was appointed in November 1919, and then was elected to the Senate in November 1920, serving until his death in May 1946.  Glass had earlier served in the House of Representatives from 1902-1918, chairing the House Banking Committee from 1913-1918, and was appointed by President Woodrow Wilson for 14 months as Secretary of the Treasury from December 1918 until his appointment to the Senate.

He served as Senate Appropriations Committee Chairman from 1933 until his death in 1946, and was also President Pro Tempore of the US Senate from 1941-1945.  He also helped to establish the Federal Reserve Banking System under Wilson, and was the author of the Glass-Steagall Act that set up the Federal Deposit Insurance Corporation under FDR’s New Deal in 1933.  However, as a staunch supporter of States Rights, he opposed much of the New Deal, and advocated disenfranchisement of African Americans in his state and nationally, and Jim Crow segregation laws.

Gerald Nye (R-North Dakota) was appointed to the Senate in November 1925, and was elected to three full terms before he was defeated in 1944.  He was termed a “progressive” Republican, and my book on the subject included an interview with Nye conducted in March 1971, his last interview with a historian before his death a few months later.

Nye became noted for his investigation of the Teapot Dome scandal, and helping to create Grand Teton National Park.  He supported much of the New Deal until later breaking with the President, but became most controversial as a leading isolationist spokesman. This included heading the Nye Committee in 1934-1935, which investigated the munitions industry, and promoting the view that America could have avoided entrance into World War I. He was a leading advocate of the neutrality laws passed by Congress in the mid-1930s.  Nye was accusatory toward Jews in the film industry, leading to charges of antisemitism, and was a major critic of both Great Britain and of the Republican Presidential nominee Wendell Willkie in 1940.  He was also an active speaker on radio at rallies of the America First Committee in 1940-1941, the leading organization attempting to keep America out of World War II. Nye told me, thirty years after Pearl Harbor, that he believed Roosevelt had plotted to get America into that war.  Nye was even ridiculed by Dr. Seuss for his isolationist views and his vehement rhetoric and oratorical manner.

Arthur Vandenberg (R-Michigan) was appointed to the senate in March 1928, after a career in journalism as an editor and publisher in Grand Rapids, and was then elected for four terms, dying in office in April, 1951.  Originally supportive of President Herbert Hoover, he would support much of the early New Deal of FDR, but then became part of the conservative coalition that opposed the 1937 Supreme Court “packing” plan and the pro-labor Wagner Act, and was an isolationist in foreign policy until after the Japanese attack on Pearl Harbor in December 1941.

His position on foreign policy changed radically as a result, and he became an internationalist, making a well-hailed transformation in a speech in the Senate in January, 1945.  He became a promoter of the United Nations, and cooperated in a bipartisan fashion with President Harry Truman on the Truman Doctrine, the Marshall Plan, and the formation of the North Atlantic Treaty Organization as chair of the Senate Foreign Relations Committee from 1947-1949.  Vandenberg was President Pro Tempore of the Senate during the 80th Congress (1947-1949), so two heartbeats away from the Presidency, and was a “favorite son” candidate for the White House in 1940 and 1948.  The Senate Reception Room has a portrait of Vandenberg, part of a very select group of seven legislators rated by the Senate as the most prominent in its history.

Harry F. Byrd, Sr. (D-Virginia) was appointed to the Senate in 1933, and served 32 years.  Previously, he had been Virginia Governor from 1926-1930 after a career as a newspaper publisher and two stints in the Virginia State Senate.  His state political machine dominated Virginia politics for a half century, enforcing literacy tests and poll taxes to deny the franchise to African Americans. He became a leader in the conservative coalition against the New Deal, and opposed as Governor and in the Senate against any racial desegregation, advocating “massive resistance” to the 1954 Supreme Court decision in Brown v. Board of Education.

But in foreign policy, Byrd was an internationalist and supported FDR’s foreign policy as a leader on the Senate Armed Services Committee after World War II. He later became the Chairman of the Senate Finance Committee.  Byrd refused to endorse President Truman in 1948 or Democratic nominee Adlai Stevenson in 1952, and was always a thorn in the side of Dwight D. Eisenhower—refusing to support the Interstate Highway System—and of Lyndon B. Johnson—opposing the Civil Rights Act of 1964.  Byrd received 15 electoral votes in 1960, from Mississippi, Alabama, and Oklahoma, in the election that made John F. Kennedy President.  His greatest legacy was the creation of the Shenandoah National Park, Skyline Drive, the Blue Ridge Parkway, and the Virginia state park system.

Ralph Flanders (R-Vermont) was appointed to the Senate in November 1946, and then was elected to two full terms, serving until the first days of 1959.  He had a career as a mechanical engineer and industrialist, and was President of the Boston Federal Reserve Bank for two years before his Senate career. He served on the Joint Economic Committee in an investigatory and advisory committee, and on the Finance Committee and Armed Services Committee.  He promoted public housing, higher education spending, and the Civil Rights Act of 1957 under President Dwight D. Eisenhower.

He promoted arms control in foreign policy, and became noticed when he became the major critic of Republican Senator Joseph McCarthy of Wisconsin, who was pursuing what Flanders saw as reckless rhetoric and behavior in his Red Scare tactics from 1950-1954.  He was an early and strong critic of McCarthy, saying on March 9, 1954 that he was misdirecting America’s efforts at fighting communism overseas, and causing a loss of respect for America in the world community.  His Senate address was a scathing criticism of McCarthy, hailed by many, but attacked by critics as supporting the Communist cause.  Flanders introduced a resolution on June 11, 1954, condemning the conduct of McCarthy and calling for his censure for flagrant abuse of power. The US Senate would censure McCarthy on December 2, 1954. Republicans split evenly on the motion, but the total vote was a landside of 67-22, and McCarthy never recovered from the censure.  Flanders became a national hero, and a profile in courage to many millions of Americans.