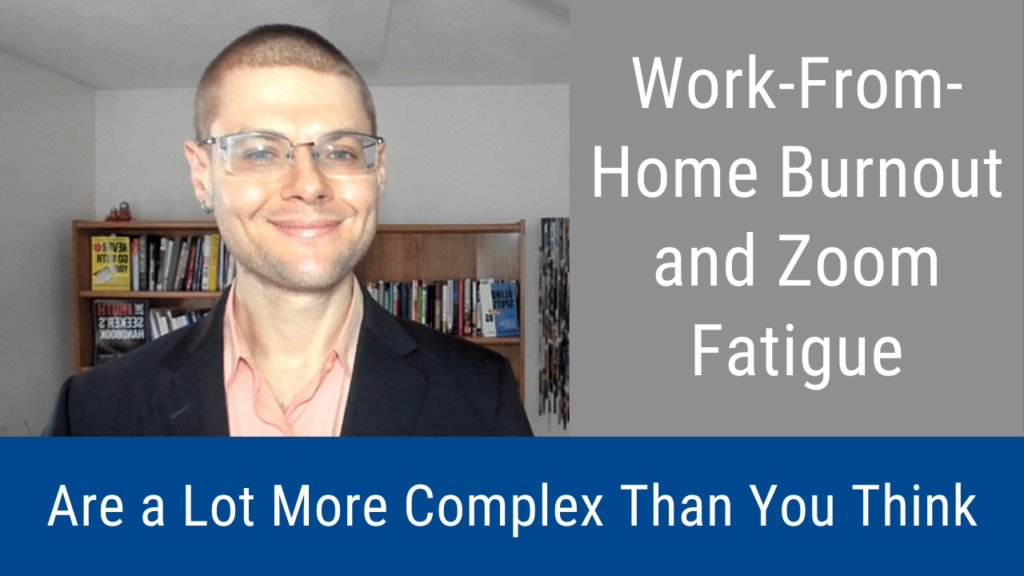 Work-from-home burnout in the pandemic can lead to serious mental health issues and lost productivity. Leaders can help their team members by identifying the root causes and making a strategic shift to a virtual work culture. That's the key take-away message of this episode of the Wise Decision Maker Show, which describes why work-from-home burnout and zoom fatigue are a lot more complex than you think.

Video: “Work-From-Home Burnout and Zoom Fatigue is a Lot More Complex Than You Think”

Podcast: “Work-From-Home Burnout and Zoom Fatigue is a Lot More Complex Than You Think”