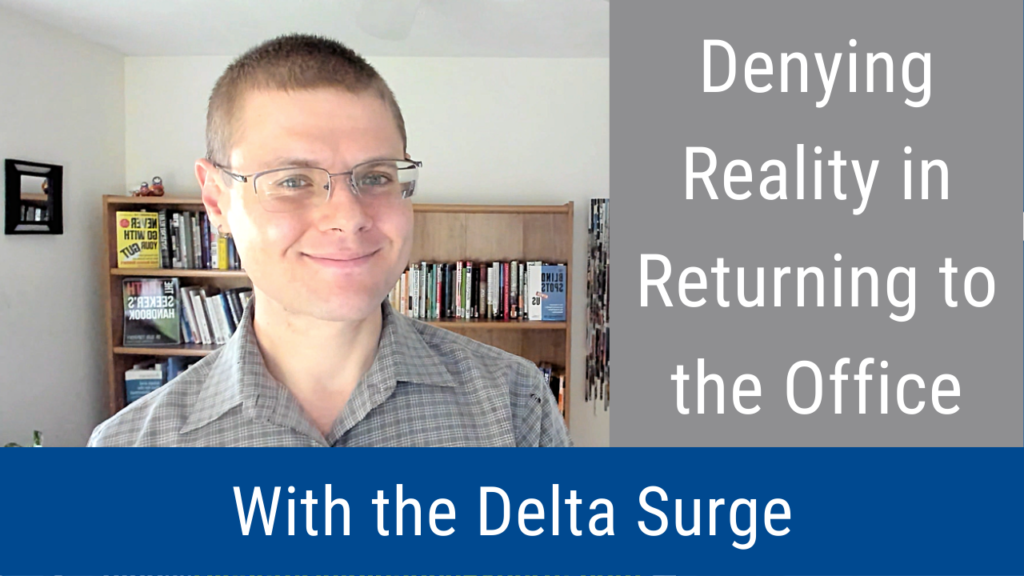 Employers must recognize the challenges from the initial COVID outbreak and avoid mental blindspots as Delta and other variants emerge. That's the key take-away message of this episode of the Wise Decision Maker Show, which describes the dangers of denying reality in returning to the office during the Delta surge.

Video: “Denying Reality in Returning to the Office With the Delta Surge”

Podcast: “Denying Reality in Returning to the Office With the Delta Surge”