The Show that Made Me Smile 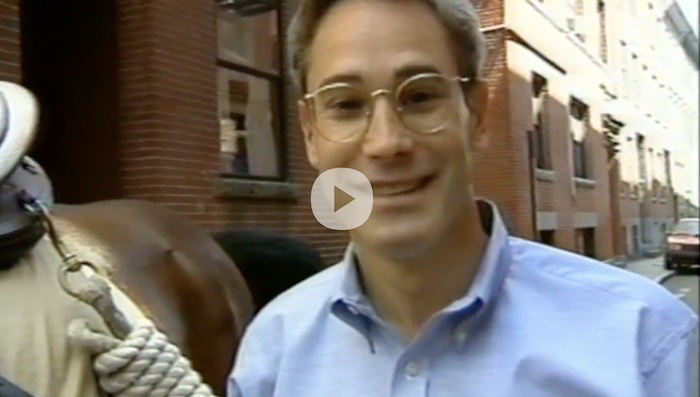 In this, my final blog post based on Myth America, the TV show I produced some 25 years ago for The Learning Channel, I want to alert you to some myths about the American Revolution. Watching the video for the first time in years, I see that I had more fun with this episode than any of the others.  I actually smile a few times, which was seldom my wont when doing TV. But there was just so much to smile about!

Paul Revere's ride?  No, he didn't look for lamps lighted at the Old North Church to let him know if the British were coming by land or by sea.  He already knew.  It was by sea.  And anyway, he didn't scream from his horse that the British were coming.  Everybody in the area, himself included, was British. And did you know he was captured and his horse taken from him? What Longfellow left out!

Next, the show covers the Boston Tea Party.  Yes, there was an actual tea party of sorts and the rebels dressed up as Indians, too.  But the story is more complicated than the myth.  The British tea, even with taxes, was cheaper than the smuggled tea the colonists were selling thanks to new efficiencies adopted by British traders.  So the beef wasn't that the tea cost too much, but that it cost too little for the American boycott of British tea to continue.

Then, there are the myths about Bunker Hill, Lexington & Concord, and even whether our Revolution was a revolution.

All that and more, including seeing me riding a horse through downtown Boston (and not very well).

You can watch the 30 minute show here.

(You can watch the other shows in the series by clicking on this Twitter thread.)