Did Lincoln Own Slaves?

Mariana Villa is an HNN intern and a student at Buena Vista University. 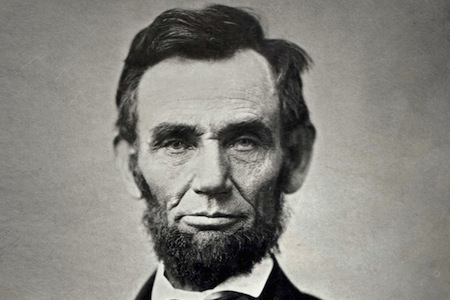 No, of course not. What kind of stupid notion is that? But it's one that pops up a lot in Internet searches.

Civil War historian Gerald J. Prokopowicz, addresses this and many other questions regarding Lincoln in his aptly titled book, Did Lincoln Own Slaves? And Other Frequently Asked Questions about Abraham Lincoln with “No, but people keep asking.”

According to Prokopowicz, Lincoln’s views on slavery were consistent. In April of 1864, almost exactly a year before his assassination, Lincoln wrote, “I am naturally anti-slavery. If slavery is not wrong, nothing is wrong. I can not remember when I did not so think, and feel.”

And yet, where do these misguided presumptions derive from?

One way to approach this question is by examining the plethora of neo-Confederate and revisionist views that have infiltrated and successfully corrupted the American mind.

But in order to do so, one must travel approximately one hundred fifty years in the past to fully grasp where the first seeds were planted: during the Civil War.

After its conclusion in 1865, historians have been able to identify four mentalities that have sought to make sense of what led Americans to engage in -- and in the South’s case, lose -- the bloody struggle that was the Civil War. Such interpretations have served as means to justify Northern and Southern involvement in the war and the role the slavery had in causing it. They are as follow:

(1) The Lost Cause: Portraying the establishment of the Confederacy as an honorable struggle against hopeless odds, denying slavery’s role as the principle cause of the war, and idealizing Southern leadership.

(2) The Union Cause: Depicting the war as an effort to reunite the Union in response to illegal secessionist actions that threatened the cohesion of the United States and the future of democracy.

(4) The Reconciliation Cause: Advocated by whites from both regions after the war, this cause painted the war as a familial struggle, extolled the “American” virtues demonstrated by each side, the strength of the restored nation, and expunged the role of African Americans.

Unsurprisingly, neo-Confederates and other revisionists seeking to shape history to fit their beliefs have embraced the Lost Cause doctrine which is composed of these six basic tenets:

2. African Americans were “faithful slaves,” loyal to their masters and the Confederate cause and unprepared for the responsibilities of freedom.

3. The Confederacy was defeated militarily only because of the Union’s overwhelming advantages in men and resources.

4. Confederate soldiers were heroic and saintly.

5. The most heroic and saintly of all Confederates, perhaps of all Americans, was Robert E. Lee.

6. Southern women were loyal to the Confederate cause and sanctified by their sacrifice of their loved ones

In The Confederate and neo-Confederate Reader: The “Great Truth” about the “Lost Cause, James W. Lowen and Edward H. Sebesta focus on the idea that neo-Confederates “fight to maintain their ancestor’s honor, which they do by obfuscating why their ancestors fought. [In addition,] [t]hey also fight to save ‘our belief system and our way of life’ . . . in short, to perpetuate the South’s racial hierarchy.” A feat they accomplished legislatively until the 1970s, though in many ways, they “still succeed in custom in some ways and places.”

In his travelogue, Confederates in the Attic, Tony Horwitz delves into the South and explores the continued presence of the Lost Cause mentality in the Southern memory of the war. One of such ways in which these neo-Confederate and revisionist views have taken an active role in American society is through the founding of organizations that seek to remember the sacrifices Confederate soldiers.

Established in 1896 and 1894 respectively, the Sons of Confederate Veterans (SCV) and the United Daughters of the Confederacy (UDC), composed of descendants of Confederate soldiers, actively venerate the sacrifices made by their ancestors for the Lost Cause. These organizational ties even extend to young descendants through organizations like Children of the Confederacy (C of C), where they are not only taught to honor their forebears but also study a sort of “Catechism” that is saturated in Lost Cause mythology.

On some occasions, Horwitz came into contact with people who held extremist views about the war. People like “Walt,” who saw himself as “not an American [but] a citizen of the Confederate States of America, which has been under military occupation for the past hundred thirty years.”

Which leads to the next question, has the Civil War really “ended”?

So no, Lincoln did not own slaves, though organizations such as these may argue otherwise. Nevertheless, the Civil War lives on in the lives and minds of people actively seeking to honor their roots and advocate, at times through violence, their own personal, however inaccurate, views.