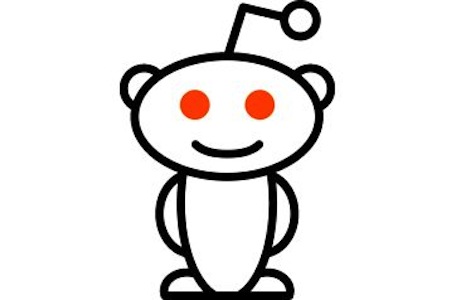 “Don’t quote Wikipedia!” This professor’s lament has become the figurative starting gun for the beginning of every college semester. It seems that one cannot begin to learn a subject without first being warned that citing the dreaded website in any research paper should be avoided at all costs. A student referring to Wikipedia is an offense perhaps only topped by plagiarism (or, by default, a worse offense would be plagiarizing Wikipedia). However, in our world of constantly shifting paradigms, Wikipedia has gained some competition in the hunt for the attention of the student researcher.

Take, for example, Reddit, the world’s largest Internet message board.

Reddit describes itself as the front page of the internet, and the content is provided by the users themselves. Each submission is subject to an up (good) or down (junk) vote by the individual members of the reddit community (membership requires only that you setup a free account). The ratio of up votes to down votes each submission receives moves the submission to higher prominence on the website’s front page. Users can then gain what is called “karma” by persistently submitting links that receive up votes from the community. The website’s frequently asked questions page explains why a user would try to accumulate karma:

Why should you try to score points in a video game? Why should your favorite sports team try to win the championship? Or, to look at things from a less competitive and more altruistic perspective, read what philosophers have said about the matter namely, don't set out to accumulate karma; just set out to be a good person, and let your karma simply be a reminder of your legacy.

Reddit itself is composed of what are called subreddits, which isolate specific areas of interest. Of particular interest is the subreddit Askhistorians, which was setup as a forum where users can ask questions of historical significance and have them answered by community members with knowledge within the field in question. The inspiration for Askhistorians, according to page’s founder, who posts under the handle Artrw, was a similar page within the sphere of reddit: “I saw that /r/askscience was a well-renowned and venerated community. I didn’t really see that for history, and I was in an AP History class at the time, so I put two and two together and whipped up a subreddit. The vision [for the future of Askhistorians] is what it’s always been -- be a hive of knowledge-swapping for those that want to know more about history.”

Questions posed and answered range from the antiquarian to the historiographical. Most garner serious answers from graduate students and recent PhDs: One answer to the question "How did people wake up before alarm clocks?" \ cited A. Roger Ekirch's 2001 American Historical Review article "Sleep We Have Lost: Pre-Industrial Slumber in the British Isles." To the question "What is the most burning unsolved mystery from your specialty?", answers (or rather unsolved questions) range from the pre-Indian religion(s) of Cambodia to colonization in Roman Britain to the truth about the Kirov assassination in Stalinist Russia.

While posters on the page remain anonymous regarding their credentials, they apply for and are rewarded “flair” based on their contributions. The basis for the acquisition of flair within the self-regulated community is listed on the page’s ground rules:

“The first thing to do before applying is to make sure you understand how posting works in the subreddit by looking at the rules listed on the sidebar.

The second thing is to understand what flair requires of you:

While no doubt that the answers on /r/askhistorians could potentially find their way into some future student’s research paper, the subreddit could also provide a valuable forum for tech-savvy historians to interact with the public. With the increasing emphasis from organizations like the American Historical Association for historical engagement with the public, such forums are badly needed.