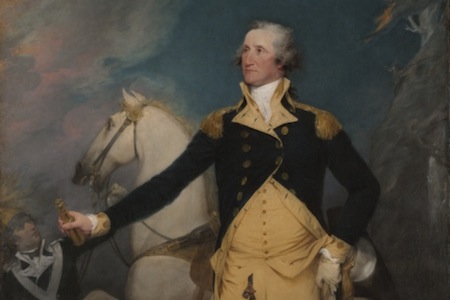 According to some of the calendars and appointment books floating around the Internet, Monday, February 18, is Presidents’ Day. Others say it’s President’ Day. Still others opt for Presidents Day. Which is it?

The bouncing apostrophe bespeaks a certain uncertainty. President’s Day suggests that only one holder of the nation’s supreme job is being commemorated,  presumably the first. Presidents’ Day hints at more than one, most likely the Sage of Mount Vernon plus Abraham Lincoln, generally agreed to be the two greatest presidents. And Presidents Day apostrophe-less  implies a promiscuous celebration of all forty-four -- Thomas Jefferson but also Franklin Pierce, F.D.R. but also James Buchanan, Harry Truman but also Warren Harding.

So which is it? Trick question. The answer, strictly speaking, is none of the above. Ever since 1968, when, in one of the last gasps of Great Society reformism, holidays were rejiggered to create more three-day weekends, federal law has decreed the third Monday in February to be Washington’s Birthday. And Presidents Day? According to Prologue, the magazine of the National Archives, it was a local department-store promotion that's responsible. Retailers discovered that a generic Presidents Day cleared more inventory than a holiday celebrating a particular one, even the Father of His Country. Now everybody thinks it’s official, but it’s not.

Just to add to the presidential confusion, Washington’s Birthday is not Washington’s birthday. George Washington was born either on February 11, 1731 (according to the old-style Julian calendar, still in use at the time), or on February 22, 1732 (according to the Gregorian calendar, adopted in 1752 throughout the British Empire). Under no circumstances, therefore, can Washington’s birthday fall on Washington’s Birthday, a.k.a. Presidents Day, which, being the third Monday of the month, can occur only between the 15th and the 21st. Lincoln’s birthday, February 12, doesn’t make it through the Presidents Day window, either. Nor do the natal days of our other two February Presidents, William Henry Harrison (born on the 6th) and Ronald Reagan (the 9th). A fine mess!