Walter Laqueur is the author of dozens of books on history and politics. His recent scholarship has focused on the history of terrorism. He has taught at Brandeis, Georgetown, Harvard, the University of Chicago, Tel Aviv University, and Johns Hopkins. He served as the director of the Wiener Library for the Study of the Holocaust & Genocide in London from 1965 to 1994. 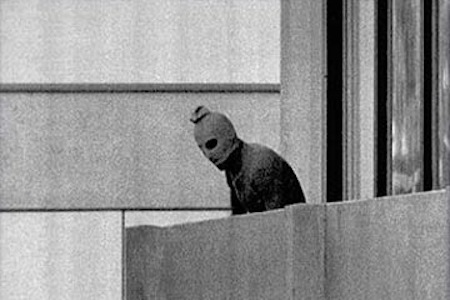 A member of the Palestinian terrorist group Black September during the infamous Munich Olympic massacre in 1972. 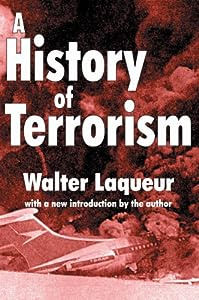 During the ancient Olympic games a sacred truce (ekecheiria, the stress on the penultimate syllable -- literally a holding of hands) prevailed. It was an elaborate procedure: runners (spondophoroi) were sent out all over Greece to announce the beginning of the truce which lasted a month and sometimes longer. Violators were heavily punished. In the High Middle Ages the Treuga Dei, the truce of God imposed by the church, persisted for centuries. On certain days there was to be no fighting and certain categories of people were never to be attacked. This armistice, not specifically connected with sports, was universally respected.

In the age of total war there was no room for chivalry. But it is useful to recall that in earlier years terrorism also observed certain rules: if a Russian general or grand duke appeared in the company of his wife and children a bomb would not be thrown. Nor were sports competitions a target of attacks. In the late 1960s Israeli security forces interrogated members of a Palestinian group of militants (as they would now be called). When asked whether they would launch an attack on a synagogue there was no hesitation -- it was an obvious target. Would they launch an attack at a game of soccer? No, they said, this should not be done, it would be a wicked act.

But in recent decades there has been a move away from false sentimentality on the part of terrorists, whether these acts were carried out by large or small groups or by individuals. There was the major attack at the Munich Olympic games and also in Atlanta. This has come as a shock in many Western countries since it was widely believed that al Qaeda and similar groups had been so much weakened that it was no longer capable to carry out large scale attacks.  furthermore, the economic crisis has overtaken terrorism as far as the media are concerned,  and this for good reason: The economic  crisis affected everyone  whereas the victims of terrorism were always few.

But terrorism is bound to continue, sometimes more frequent and intense, sometimes less so, for it is the modern form of violent political conflict and it is also used by some governments instead of war which has become too risky and expensive. It is equally used by anonymous individuals with strong grievances of whatever kind provided they have a minimum of technical knowledge and access to the Internet where instructions for constructing bombs can be found.

What Zawahiri, who has replaced Osama bin Laden as head of al-Qaeda, has suggested in the Internet journal of his group applies to all of them  without difference is the”strategy of a thousand wounds.” Small attacks have the advantage of being inexpensive and do not involved complicated preparations.

The perpetrators do not have to travel great distances to participate in the struggle but can carry out the attacks on their home ground. Success or failure are not measured by the number of victims inflicted but the fear inspired and the disruption of normal life. And it gives the attackers the good feeling to have done a great deed, perhaps even sacrificing their life, on behalf of their cause whatever it may be.

The main danger in these circumstances is chaos and overreaction by the authorities and the public. If normal life is interrupted for any length of time, the terrorist has achieved his aim. Our society is vulnerable but its powers of recovery are even greater. The danger should not be overrated: the damage that can be inflicted by groups and individuals and groups is quite limited. The real dangers are still ahead: The probability (not to put it any stronger) that terrorists will gain access to weapons much more lethal than those at present used. With luck this could happen only ten years from now or even later. But if it happens it will be the opening of a new age in the history of terrorism -- and of mankind.