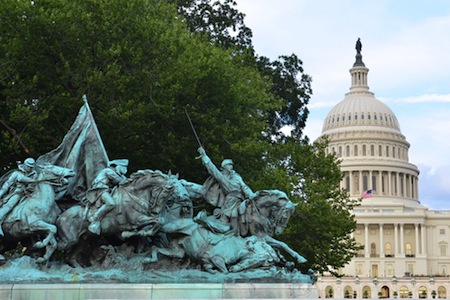 If you are one of American Heritage magazine's 120,000 subscribers you may be wondering where your copy is. It wasn't lost in the mail. There hasn't been a new issue since last fall.

This is the second time in recent years that the storied magazine, founded in the early 1950s, has faced questions about its viability. Forbes, which previously owned American Heritage, suspended publication in the spring of 2008. Grosvenor, the great-grandson of Alexander Graham Bell, stepped in to rescue it that fall.

American Heritage Invention & Technology, the sister publication of American Heritage, folded in 2011. Both magazines are part of the for-profit arm of the publishing company.

Ironically, the American Heritage company's non-profit wing is flourishing, recently raising over $1 million for the digital project, “Education: A Transformative System for Teaching American History and English Language Arts.” Contributions included $843,000 from the Leona M. and Harry B. Helmsley Charitable Trust and $150,000 from individuals.

“We're building probably the biggest system on the Internet for teaching American history,” Grosvenor told HNN. The project will feature “6,000 essays by 1,800 historians – the pieces that have been in American Heritage over the last half century, and thousands and thousands of primary documents.” Once digitized, these articles will be bundled with documents, multimedia, and suggestions for how to integrate the material into the Common Core Standards. The Helmsley Charitable Trust is one of the major funders of the Common Core. The expected launch date is in August. “Our eventual goal is five million students a year,” Grosvenor said.

“Our content is tailor-made for education,” he added. “Our marketing is focused on school districts and teachers. If we can solve their problems and provide excellent tools at little or no cost, we're convinced we'll get pretty quickly implemented.”

“We've been trying to figure out for five years how to take a print magazine and make it relevant for a digital age.” The digitization project is one of the solutions, but eventually the goal, according to Grosvenor, is to raise the funds to relaunch the print magazine. “We want to be able to offer subscribers a package: the print magazine, a digital magazine for the iPad, and access to our archives,” which will eventually go behind a paywall. “We're 100 percent committed to our print magazine,” he insisted. Still, it's a difficult problem as retrenchment continues across the print media landscape. “Newsweek is gone,” he said, “and Time is up for sale.” He paused. “Time Magazine.”

It's therefore difficult, Grosvenor said, to find investors for print publishing. “But if the main focus is education, we can say that magazines are an important part of education, and we're reaching millions of students, that's a different mission. And we've had a really good response with that.”

Despite the difficulties, Grosvenor believes American Heritage's mission remains more relevant than ever. “There are six national surveys which show how ignorant many of our young people are about American history, and it's really important to change that,” he told HNN. Furthermore, the United States is facing a critical shortage of engineers. But American Heritage Invention & Technology, he said, could prove useful in convincing students to pursue engineering careers.

Disclosure: HNN has partnered with American Heritage for years. For the last two years we offered donors who contributed more than $60 a free subscription. We did not know at the time that the magazine would be suspended.