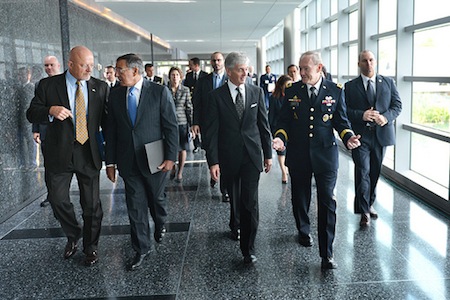 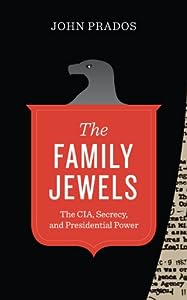 By now nearly everyone has heard of the National Security Agency (NSA) spy program called PRISM, in which the spooks are scooping up all the metadata of telephone calls from the United States overseas along with many within the U.S. itself. A related collection program, we are told, captures the actual content of emails sent abroad. Seeing the figure 97 billion for the pieces of data recorded merely during the month of March 2013 certainly raised my eyebrows. In an editorial today, June 11, 2013, the Washington Post declares that the spy programs result from “a checked, deliberative process across three branches of government.” This issue is far too important to permit rhetoric to drive the debate. The Post's assertion goes to the heart of the controversy and demands our attention.

“Checked” in this formulation suggests that NSA requests for authorization, along with any from the Director of National Intelligence (DNI) or other entities of the intelligence community, are carefully examined before approval. Carried out by an agency of the Executive Branch, the locus of approval for PRISM is clearly the White House. These are secret operations, but we know already from a controversy that arose during the Bush administration over an earlier version of this same surveillance, when President Bush was not aware of the extent of the spying and Justice Department officials were ready to resign over its continuation, that White House knowledge was limited at best. Indeed, we know from history that presidents rarely micromanage programs, they approve them (or not) and move on. It is more likely that President Obama looked at these spy programs once and since then has routinely supplied any re-authorizations that were necessary.

“Deliberative” implies that PRISM and its kin are subjects of an ongoing review and scrubbing. Long study of spy operations suggests that missions begin with promises of baubles, fall short of their goals, and then expand on the argument that intensification will ensure the original goals. With PRISM, where advances in technology and computer software no doubt repeatedly offered greater benefits, that very progression is highly probable. As with White House approval, such deliberation as occurred happened at DNI and NSA before the program began. The Foreign Intelligence Surveillance Court (FISC) certainly engages in deliberations, but its focus is the law, not the operations, making any FISC scrubbing of these programs rather doubtful.

The contention that the conduct of PRISM involved a cooperative effort by three branches of government is quite tenuous. Executive Branch agencies are obviously at the center of the effort. Intelligence agencies proposed the mission, the president approved it, and the spy services conducted the operations. Beyond that the activities of the other branches occur only at the margins. The judiciary reviewed Prism for legality -- at least one of the FISC court orders has been leaked. But the court has been no zealous defender against abuse of surveillance powers -- of almost exactly 34,000 warrants requested since the 1979 creation of the FISC, only eleven have been denied. This court has been no check on executive power.

The Foreign Intelligence Surveillance Court has jurisdiction over the PRISM eavesdropping. As conventionally understood, the FISC is supposed to approve warrants when agencies pursue particular suspects and targets. The government should show probable cause and the surveillance authority requested is specifically delimited. But PRISM is open-ended and universal within broad categories. The target is an entire technological medium, not an individual or even group of suspects. No showing of probable cause can be made which imputes hostile intent to everyone who uses a telephone or email system. That is a fishing expedition which the FISC was explicitly intended to prevent. That the court may “limit” the eavesdropping by ordering it for set durations and then re-authorizing does nothing to avoid this basic problem. Whether the court acts properly in approving sweeping surveillance of a class of objects is an additional issue.

As for Congress, in the heat of the controversy the Obama administration offered the factoid that legislators have been briefed on these programs thirteen times. But “briefing” is not the same as oversight. A number of these briefings were restricted to the most senior senators and representatives. No staff work was possible. The other briefings were for the Senate and House intelligence committees, and there even the veracity of what was said can be questioned. Last March General James Clapper, the DNI, denied under direct questioning that the NSA was gathering any data on Americans. Clapper explained, when interviewed recently by NBC News, that he had answered that question “in the least untruthful manner possible.” Big Brother is here, today. Rather than scrubbing their eavesdropping program for abuses intelligence officials are demanding the scalp of the whistle-blower.

Obama administration officials, including the president himself, defend the program as invaluable to the national security. President Obama said last week that PRISM makes “a difference in our capacity to anticipate and prevent possible terrorist activity.” Government officials point to one case in which PRISM helped derail a terrorist plot to bomb New York subways, and to one other where the NSA collection assisted in the criminal investigation of an attack (the Mumbai massacre in India) already carried out. This value (two cases) needs to be weighed against the chilling effect of authorities mounting surveillance of all citizens everywhere, gathering trillions of pieces of data. Proportionality is an issue. PRISM amounts to the open violation of the First and Fourth Amendments to the Constitution of the United States. That is a lot to weigh against the frustration of the New York subway plot which, incidentally, might also have been foiled by more conventional police and intelligence work. The Mumbai massacre investigation does not even belong in this discussion -- an after-the-fact criminal inquiry has nothing to do with prevention of terrorism.

The truth is that the terrorist threat is much diminished from what it was when the Patriot Act was adopted in 2001, or even from 2008, when amendments to that law opened the door to PRISM. It is legitimate to question whether this amounts to a checked, deliberative process.