A Plea for Political Moderation

The author of these words of forthright advocacy attended the famous Dorchester meeting of the Republican Party in Northwest Oregon over 30 winters, though living over 300 miles to the south. He got to know important party leaders and, as he says, “participated.” In his regular life he learned the scholarly ropes from the Political Scientists and Historians at Stanford, 1948 to 1951. 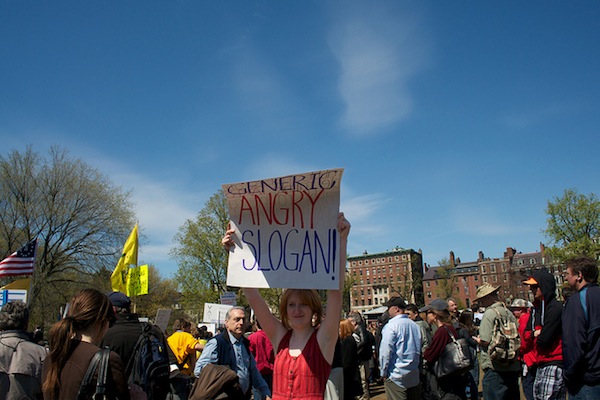 Listening to NPR or the BBC or some cable channel recently, I learned that “Moderates” are disappearing rapidly in the Republican and Democratic Parties and, indeed, on the whole political scene in America. This was bad news for this aging Moderate Republican. I have enjoyed more than half a century of avoiding both appeals and threats from arch liberals and stern conservatives in order to cling to flexibility and avoid overly blind partisanship to “Party First!” Meanwhile, I continue to be a bit active within one of the parties as an irritable member and undependable supporter at election time. As a Moderate I am a vanishing breed, ‘tis said and evidently ‘tis all too true. Clearly, it’s time to strike a blow.

I didn’t need a survey or poll in recent years to tell me that Moderates were fading away. The shrill yelping -- the charge and countercharge--that passes for ordinary partisanship these days -- and the intransigence of party partisans in the Congress to the point of betrayal of the national interest -- is a never-ending reminder that to cross over to vote with “the other party” now and then may be considered eccentric. For a legislator, it can result in failure to get a key committee appointment. It can stir up the withholding of campaign donations (risking defeat in the next election).

Voting the straight ticket -- every vote must be for my party’s candidates or against the other party’s candidate! -- has become all too common, in my view. Splitting the ticket, my habit for many years, while saying nice things about a candidate from the opposing party, is cause for surprised reaction from one’s associates. “You don’t mean it!” they exclaim, wounded by admission that one crossed the line of partisanship and feels on guilt for doing so.

As the political parties grow more rigid, partisan, and allergic to compromise, far too many Oregonians (my state) are registering Independent, or not registering at all. I deplore this. In party primaries, it used to be, there were real contests between candidates. Party regulars had to make up their minds on important issues as early as the primaries.

At one time, each party had its own liberal-leaning and conservative-leaning members, who strove to control party direction and doctrine. This is as it should be. But to be like that, dissident voices must be welcome within each of our major parties. People have to stop being so intransigent, so stubborn, so unyielding, and so unbending. Moderation’s the word!

Individuals claim they register Independent because they say they want to vote as they please -- ignoring Party -- in the regular election. They claim they want to be “free.” The price for that is steep. In many states they cannot participate with either party in the primaries when final candidates are chosen.

Those who went ahead and registered Republican or Democrat will be selecting the finalists in the primaries without them -- thank you very much! State and County committees of those parties will be drafting resolutions and issuing opinions on ballot measures without their input. Members of those committees will be chosen by others. Any informal polling of members by the party committees will skip them. To be “independent” carries a price. Its name is impotency. An Independent may claim to have a loud voice, bragging incessantly, but what that person really has is a considerably reduced impact on national, state, and local decision making.

To put it bluntly, Independents don’t amount to all that much, whatever the Media claims of “influence.”

Most important, possibly, when those party committees consider whom to endorse, put forward, support, and guide they will do so without those loud, proud, and often smug Independent voters who are really saying, in effect, “We don’t really care who is running for nomination. We’ll be choosing among whoever turns up on the final ballot.” They could well add: “We’ll be sure to bitch about the mediocrity of the candidates chosen by those party regulars….”

Belonging to a political party means that by attending party meetings, writing officeholders of your party, supporting or opposing candidates, sharing in the cost of administering party affairs, and occasionally writing one’s views on issues. “The Party” can be pulled to the left or the right. While that is going on, that disenfranchised Independent of Primary time can only complain from the outside.

Some Independents will wonder irritably why the party leaders don’t take them seriously. Admittedly, there will be grudging appeals by party leaders and candidates to those of independent bent, but there will be reduced face to face consultation. Why bother with those who proudly stand aloof?

My forthright advice to young people who are new to American politics is that they pick one of the two parties and participate fully with it. Join the Young Democrats or Republicans, meet the candidates face to face, donate even tiny amounts to the party organization of one’s choice. Make the effort to locate the precinct machinery and interact a little with it. Learn the ropes. Don’t be an outsider to your own Country’s democratic machinery! Be an insider, pulling your party to the left or right -- where YOU have decided for the moment you are most comfortable.

(Because I now and then donate the minimum amount to my Party I “give ‘em hell” now and then when the telephone me. For them, the agenda is fund raising; for me, it’s a chance to sound off to a living partisan.)

Choose either party. When unhappy for quite awhile, force yourself to drop out and join the other one.

In any case, do Vote. Vote even when it is snowing or inconvenient. Vote by absentee ballot when away from home. Read the fine print of the Voters’ Pamphlet well ahead of time and influence friends and acquaintances who don’t get it or don’t bother to read it. On obscure races and measures there is every possibility of magnifying one’s vote ten-fold and even more through repeated casual and idle conversation. Don’t be one of the ignorant. Look expert. Help others wise up!

Tell yourself over and over, “This is a republic. I don’t do the daily governing. The people I elect do the governing, year after year. Both my State and the Nation are run by people I help choose, so I will help select them. Then I will keep track of what they actually do. It’s all part of the price of living in a self-governing democratic republic.”

These are times when many Americans feel frustrated as they witness the extreme partisanship in legislative bodies (especially that disgusting Congress of 2012-2013). They quite rightly resent the responsiveness of their representatives to lobbies and lobbyists -- and their cash. Maybe much more participation by constituents might give party members and that machinery a greater role in steering votes away from positions demanded -- even bought--by the lobbying machinery.

The views advanced here spring from a lifetime of studying our party history and party system. Some readers may find these ideas foreign to their own experience. Others may dismiss them as naïve or childish. Nevertheless, political parties are absolutely central to our system of government, even though the Constitution’s framers did not find it expedient to mention them in the great documents.

What is needed, believe it or not, is stronger, not weaker, parties. We need parties that can speak for many more citizens. We must built parties that are financed not by huge gifts from the rich but from the grass roots. The parties we must create will swarm with bright-eyed youths. They will be parties with a stratified cross section of opinion on many issues.

I began by observing that one need not be liberal or conservative to be active with a predominantly liberal or conservative political party. There is room for persons of moderate views on many issues. Many a party member will get worked up only over a few issues that concern them. The tone of our American politics has become seriously out of keeping with a self-governing state. Our burning need is Moderation--not just toward controverted issues, but moderation inside the parties themselves. That, right now, is a major need of our demoralized American society.