Even Richard Hofstadter Would Be Amazed by Tea Party Extremism 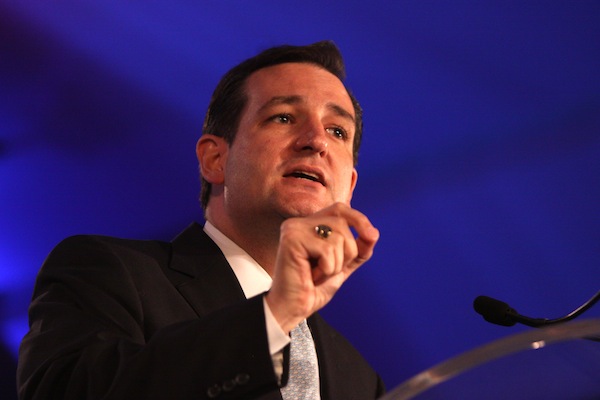 Back in the 1950s and 1960s, when new forms of right-wing extremism began to make an impact in American life, historian Richard Hofstadter published essays that drew attention to the “symbolic aspect of politics.” Hofstadter acted in the fashion of an amateur psychologist, attempting to make sense of “non-rational” factors. His judgments about the mentality of leaders and followers on the right, based on emerging social science research of the time, were highly speculative. Nevertheless, some of his observations still excite interest. Historians and pundits often refer to Hofstadter’s ideas about the “paranoid style.” Much-overlooked, however, is a sub-theme in Hofstadter’s writing. That discussion focused on the emergence of “fundamentalism” in American politics. Individuals who seek a broader understanding of the present political standoff in Washington may find Hofstadter’s judgments thought-provoking.

Richard Hofstadter recognized that evangelical leaders were playing a significant role in right-wing movements of his time, but he noticed that a “fundamentalist” style of mind was not confined to matters of religious doctrine. It affected opinions about secular affairs, especially political battles. Hofstadter associated that mentality with a “Manichean and apocalyptic” mode of thought. He noticed that right-wing spokesmen applied the methods and messages of evangelical revivalists to U.S. politics. Agitated partisans on the right talked about epic clashes between good and evil, and they recommended extraordinary measures to resist liberalism. The American way of life was at stake, they argued. Compromise was unsatisfactory; the situation required militancy. Nothing but complete victory would do.

A related outlook has appeared in recent fights over the budget and the debt ceiling. These days, many Republicans claim the stakes in current political confrontations are huge. They say Obamacare will ruin the country. It represents another incursion of Big Government. Washington is the principal source of our economic problem; it needs major downsizing. Barack Obama, champion of Big Government, is a terrible president. We must oppose him vigorously to save the free and prosperous society we all cherish.

As many journalists have pointed out, these hyperbolic claims do not pass the reality test. They represent gross exaggerations. Furthermore, Obama and the Democrats are not going to undermine the president’s signature achievement, the Affordable Care Act. Additionally, journalists warn that Republican threats to take the nation to the brink may cause another gigantic financial crisis.

These critics understand that the current fight in Congress is not 100 percent about ideology. Many GOP representatives and senators fear that they will lose their seats in a primary election if they do not satisfy diehard conservatives, especially Tea Party enthusiasts at the grass roots. Journalists also recognize that some moderate Republicans are willing to support a clean Continuing Resolution. They would agree to end the government shutdown if Speaker John Boehner would allow the entire House to vote.

Republicans have split on questions about strategy, but they have not divided significantly on matters of ideology. Most of them remain solidly opposed to the Affordable Care Act. They have defended that stand as a highly principled position. Representative Steven King, Republican from Iowa, asserted that Republicans were on the correct track “because we’re right, simply because were right.” Congressman, John Culberson, Republican of Texas, said he was holding firm in demanding major adjustments to Obamacare because he had been elected to defend “core principles.”

Culberson could just as well have said he was defending core beliefs, for that is an essential element in radically conservative politics today. With religious-like intensity, many in the GOP express their political faith. On economic questions, they view government as far too large, costly and encroaching in the lives of Americans. Important questions about the potential of government to advance the society’s goals receive scant attention in conservative rhetoric and in right-oriented media. Often conservatives couch negative judgments about government with fundamentalist-style certitude.

Obviously, political fundamentalism is not the exclusive outlook of partisans on the right. All political groups have the potential to act like True Believers. Liberals, too, often close their thoughts to contrary opinions. In the years since Richard Hofstadter’s death in 1970, however, many observers of American politics have noted that resemblances to fundamentalist religion appear especially in the thinking and behavior of militant conservatives.

In What’s the Matter With Kansas? (2004) Thomas Frank observed that, “Conservatives often speak of a conversion experience, a quasi-religious revelation.” Frank noticed that right-wing militants often try to “excommunicate” individuals in their movement who seem guilty of “this or that bit of heresy or thought-error.” Michael Lind, who worked inside the conservative movement before abandoning it, pointed out in 1996 that “American conservatives have adopted free-market fundamentalism, in its crudest forms, as their political religion.” In a similar way in 2004 Robert Reich detected a fundamentalist mentality in arguments about the economy. Conservatives believe “the free market has the same intoxicating quality that religion has to born-again Christians,” observed Reich. “Facts aren’t especially relevant. The perfection of the market has to be accepted as a matter of faith.”

These judgments do not imply criticism of pious Americans. “Faith” is a respected personal choice in matters of religion. But when a fundamentalist perspective applies to politics, compromise becomes extremely difficult. Political notions take on the character of orthodoxy -- of accepted and unquestioned truths. Supporters of the faith often fail to exhibit the kind of critical and open-minded mentality that that is essential for the working of a vibrant and effective democracy.

The scholarship on fundamentalist religious thought has produced findings that seem relevant to present-day U.S. politics (and relevant to observations Richard Hofstadter made years ago). In major studies that examine diverse groups, including Christians, Jews and Muslims, Martin E. Marty, R. Scott Appleby, Gabriel Almond, and Karen Armstrong have discovered patterns that cut across groups. Fundamentalists often project a dualistic, Manichaean viewpoint. Judging disagreements in apocalyptic terms, fundamentalists characterize societal issues as vital struggles between the forces of light and darkness. Champions of a fundamentalist perspective call for uncompromising commitment to the faith.

These writers examined religious views, not political ones, yet a reading of important recent scholarship on conservatism suggests connections. In It’s Even Worse Than It Looks, Thomas E. Mann and Norman J. Ornstein largely blame Republicans for dysfunction in Washington. The GOP has become “ideologically extreme,” they conclude, disregarding “conventional understanding of facts, evidence, and science..." In Rule and Ruin: The Downfall of Moderation and the Destruction of the Republican Party, From Eisenhower to the Tea Party, Geoffrey Kabaservice shows how champions of extreme conservatism squeezed out defenders of a more responsible and balanced kind. His book traces a rich American tradition of moderate conservatism. Unfortunately, the current GOP has lost sight of that tradition. “Political movements based on dogmatic, unthinking certitude may be fatal to treasured American values,” argues Kabaservice.

George M. Marsden, a prominent historian of fundamentalist religious movements in the United States, offered an “offhand” definition of a fundamentalist as “an evangelical who is angry about something.” A related political outlook in U.S. politics appeared in a poll by the Pew Research Center released in late September, 2013. The 41 percent of Republicans who said they were “angry” at the government was a far higher percentage than anger expressed by any other political or ideological group tested. A news story about the poll in the Washington Post concluded that the Republican base is “mad as hell at the federal government and by extension Barack Obama.” The article reported that angry citizens are eager to march, give money, and vote.

Here, then, is the significant marriage between practical politics and a fundamentalist-style political religion. Republican intransigence in clashes over Obamacare, budgets, and debt ceilings may reflect smart politics from the radical Right’s point of view. Militant conservatives in Washington can succeed in channeling the base’s anger while also boosting their political careers. They treat political fights in Washington like holy crusades and are generously rewarded for their militancy in conservative voting districts.

Ultras of the right may eventually fold in their battle against Obama and the Affordable Care Act, but their fundamentalist approach to politics is likely to remain an important characteristic of national politics. It will remain difficult to achieve progress when one party is especially influenced by leaders and supporters who treat compromise as an abandonment of core principles and who judge issues in the manner of a political faith. The nation’s leaders may find ways to squirm out the current crisis, but they will face continued challenges as long as a religion-like approach to conservatism remains prominent in Washington.

If Richard Hofstadter were alive today, he would probably be amazed to see that the fundamentalist style exhibited by a relatively small minority in the 1950s and 1960s has become a major force in the nation’s politics.