The Government Shutdown: Politics as War by Other Means

Paul J. Croce is a Professor of History and American Studies at Stetson University. 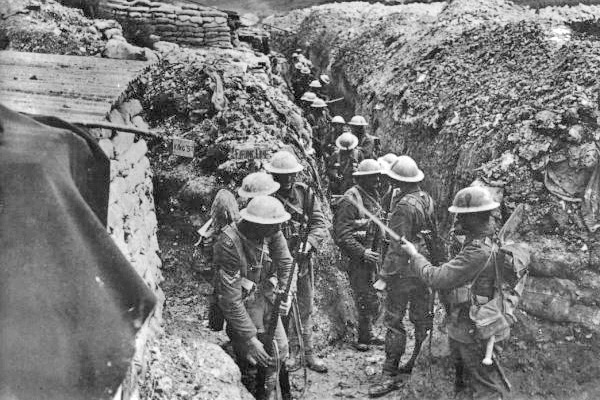 With the shutdown of the federal government, we are a nation at war. While the vast majority of citizens would be content with almost any peaceable resolution, their elected leaders at the barricades keep the country in wartime footing. War emerges when political or diplomatic means fail; and war brings destruction. Witness the hardships that have already emerged from even a few days of shutdown, and there is no end in sight.

The political war of the present is a reminder of a larger, bloodier war of a century ago. The First World War was also a standoff in which almost every individual actor felt the absurdity of continuing the slaughter, even as the dynamics of the whole kept pulling them into the morass. The opposing powers in the war that began in 1914 each had advantages that locked them into continuing combat. In particular, the British and French on the Western Front had a long-term advantage with their colonial wealth and manpower, especially with the British navy. The pressures of war spoke to them: why give up now? Meanwhile, Germany had made striking initial gains in the first months of fighting before the descent into prolonged trench warfare; they now controlled Belgium and one-fifth of France. The pressures of war spoke to them: why give up those gains?

The verbal trench warfare in Washington has different players but the same pressures of war. Like the British and French, the Obama administration feels it has the long-term advantage. With a president’s bully pulpit and memories of the 1995 shutdown, he can hope that the public will blame the Republicans; and since Obama is term limited, his own long-term fate as president was already decided in the last election. Like the Germans, the Republicans, at least the large faction dominating the House of Representatives, have achieved a tangible version of their major ideological goals: an enfeebled federal government.

The government is now literally shut down. After years of railing against what Republicans have described as unnecessarily high taxes that fund bloated bureaucracies for frivolous regulations, we now have government workers that cannot work, service programs to the neediest citizens that cannot serve, and environmental regulators than cannot regulate.

The government shutdown is a tangible and blunt version of Grover Norquist’s goal, not just to reduce the size of the government, but to “drown it in the bathtub.” Through his Americans for Tax Reform, he persuaded 219 members of the House, who largely coincide with the supporters of stalemate, to sign his pledge for shrunken government, designed to curb the growing debt.

American problems abound, not just with the debt, but also with health-care costs driving people out of insurance coverage. We can stay in the trenches looking for faults in the other side, or look to what policies will cope with our mounting problems whether emerging from the Affordable Care Act, the Republican Health Care Reform Act, or the single-payer plans. Playing politics as war makes for great drama, but it does not achieve the job of governing. Let elections be the time to make future choices of direction, and legislation be the place to implement them. Without reliance on those tools of democracy, we will remain at war, with this standoffs serving as only the opening bugle call to endless battle. Last-ditch fights at the turn of each fiscal year will keep us hostages to politics as warfare by other means.