A Brief History of the Federal Debt Limit 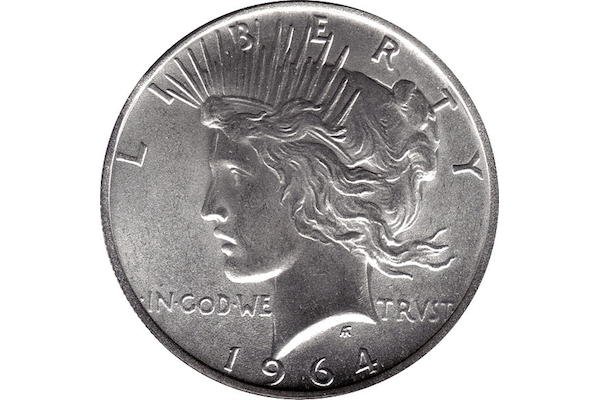 The following is excerpted from the paper "The Debt Limit: History and Recent Increases," published by the Congressional Research Service on September 25, 2013.

Origins of the Federal Debt Limit

Before World War I, Congress often authorized borrowing for specific purposes, such as the construction of the Panama Canal. (76) Congress also often specified which types of financial instruments Treasury could employ, and specified or limited interest rates, maturities, and details of when bonds could be redeemed. In other cases, especially in time of war, Congress provided the Treasury with discretion, subject to broad limits, to choose debt instruments. (77) Some opponents raised concerns that granting the Treasury Secretary authority to issue debt could affect monetary policies, which might tighten credit conditions. Proponents contend that federal borrowing would not disrupt settlements on such monetary issues reached in 1878 and 1890. Such concerns became moot after the establishment of the Federal Reserve System in 1913.

For example, the War Revenue Act of 1898 allowed Treasury to use certificates of indebtedness, which had maturities of a year or less, and were used for short-term borrowing and cash management, as well as long-term bonds. (78) For example, the 1898 War Revenue Act (30 Stat. 448-470) that funded Spanish-American War costs granted the Treasury Secretary the authority to have $100 million outstanding in certificates of indebtedness with maturities under a year, which were mainly sold to large investors, banks, and other financial institutions. The act also allowed the Treasury to issue $400 million in longer-term notes and bonds, which were made available to public subscription, allowing smaller investors to participate. Proponents of the act, however, made clear their intention to allow the Treasury Secretary substantial administrative leeway within those limits. (79)

World War I and the Liberty Bond Acts

Over time, the leeway granted the Treasury Secretary tended to expand. For example, the Second Liberty Bond Act of 1917, which helped finance the United States' entry into World War I, dropped certain limits on the maturity and redemption of bonds. (80) The act also incorporated unused borrowing capacity authorized by the First Liberty Bond Act (40 Stat 35; P.L. 65-3) and other previous borrowing acts. (81) Separate limits for previous debt issues, however, were retained in the text of that act -- an overall aggregated debt limit evolved later. Features of debt authorized by previous acts, such as the broad tax exemption for First Liberty Bond Act securities, remained intact.

In the 1920s, Congress provided Treasury Secretary Andrew Mellon with additional leeway in order to replace expensive older federal debt with cheaper new issues. Congress allowed Treasury to issue notes, a financial instrument issued extensively in the Civil War and rarely thereafter, and limited the amount of notes outstanding, rather than the sum of issuances, which gave greater Treasury flexibility to roll over debt. Savings certificates designed for small investors were also reintroduced. (84)

In the 1930s, Congress moved towards aggregate constraints on federal borrowing that allowed the Treasury greater ability to respond to changing conditions and more flexibility in financial management. In 1930, Treasury Secretary Mellon, noting that Liberty bonds would become ready for refinancing in the next few years, argued that "orderly and economical management of the public debt requires that the Treasury Department should have complete freedom in determining the character of securities to be issued and should not be confronted with any arbitrary limitation" (85) Congress granted the U.S. Treasury greater flexibility in issuing bonds in 1931. (86)

In 1935, Treasury Secretary Henry Morgenthau called for replacing a limit on bond issuance with a more flexible limit on the amount of outstanding bonds. This change underlined Treasury bonds' role as a means of managing federal finances rather than securities tied to specific projects of wars. (87) Following that request, Congress then established a $20 billion limit on shorter-term debt and a $25 billion limit on outstanding bonds.

In March 1939, President Franklin Roosevelt and Secretary Morgenthau asked Congress to eliminate separate limits on bonds and on other types of debt. (88) The House approved the measure (H.R. 5748) on March 23, 1939, and the Senate passed it on June 1 (P.L. 76-201). When enacted on June 20, the measure created the first aggregate limit ($45 billion) covering nearly all public debt. (89) Combining a $30 billion limit on bonds with a $15 billion limit on shorter-term debt, while retaining the $45 billion total limit in effect, enabled Treasury to roll over maturing notes into longer-term bonds. This measure gave the Treasury freer rein to manage that would reduce interest costs and minimize financial risks stemming from future interest rate changes. (90) While a separate $4 billion limit for "National Defense" series securities was introduced in 1940, legislation in 1941 folded that borrowing authority back under an increased aggregate limit of $65 billion. (91)

Although the Treasury was delegated greater independence of action on the eve of the United States' entry into World War II, the debt limit at the time was much closer to total federal debt than it had been at the end of World War I. For example, the 1919 Victory Liberty Bond Act (P.L. 65-328) raised the maximum allowable federal debt to $43 billion, far about the $25.5 billion in total federal debt at the end of FY1919. (92) By contrast, the debt limit in 1939 was $45 billion, only about 10 percent above the $40.4 billion total federabl debt of that time (93).

World War II and After

The debt ceiling was raised to accommodate accumulating costs for World War II in each year from 1941 through 1945, when it was set at $300 billion. (94) After World War II ended, the debt limit was reduced to $275 billion. Because the Korean War was mostly financed by higher taxes rather than by increased debt, the limit remained at $275 billion until 1954. After 1954, the debt limit was reduced twice and increased seven times, until March 1962 when it again reached $300 billion, its level at the end of World War II. Since March 1962, Congress has enacted 77 separate measures that have altered the limit on federal debt. (95) Most of these changes in the debt limit were, measured in percentage terms, small in comparison to changes adopted in wartime or during the Great Depression. Some recent increases in the debt limit, however, were large in dollar terms. For instance, in May 2003, the debt limit increased by $984 billion and in February 2010 the debt limit was increased by $1.9 trillion. (P.L. 111-139)

(83) Middleton Beaman, a former Law Librarian of the Library of Congress, Columbia Law School professor, and advocate for the professionalization of drafting legislation, retured to Washington in 1916 to assist the House Ways and Means Committee, which originated the Liberty Bond acts and other borrowing and revenue measures. This arrangement was formalized in 1918, when the Legislative Drafting Service, the predecessor office of the modern Office of Legislative Counsel, was established. Donald R. Kennon and Rebecca M. Rodgers, The Committee on Ways and Means a Bicentennial History 1789-1989, H. Doc. 100-244, p. 258. See also, Middleton Beaman, "Bill Drafting," Law Library Journal, vol. 7 (1914), pp. 64-71. For a critical view of legislative drafting in prior decades, see James Bryce, The American Commonwealth, 3rd revised ed., vol. 1 (New York: Macmillan, 1920), chapter XV on "Congressional Legislation."

(85) Annual Report of the Secretary of the Treasury for 1930, p. 39. Available at http://fraser.stlouisfed.org/docs/publications/treasar/AR_TREASURY_1930.pdf.

(90) This limit did not apply to certain previous public debt issues that compromised a very minor portion of the federal debt.

(95) U.S. Office of Management and Budget, FY2010 Budget of the U.S. Government: Historical Tables, Table 7-3. Increases in the debt limited potentially enabled by the Budget Control Act of 2011 are counted as one alteration.