We've Never Seen Anything Like a Potential Debt Ceiling Default. Ever. 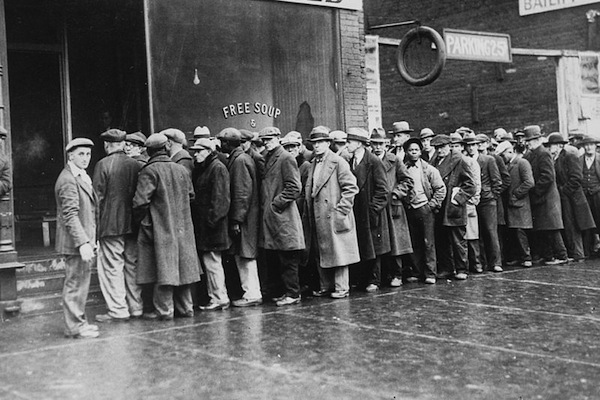 Rep. Ted Yoho (R-FL), on a potential default from not raising the debt ceiling on October 17:

I think, personally, it would bring stability to the world markets.

So is Yoho right? Are the consequences of not raising the debt ceiling really not that bad? Most pundits and economists would disagree -- Business Weekcalled Yoho's statement "the dumbest thing said about the debt ceiling so far" -- but other Republicans have made similar statements.

So what's the deal? I asked several economic historians what they think.

Cornell's Edward Baptist was stark in his assessment. In my email to him, I asked whether or not the debt ceiling crisis could produce another Great Depression, as a recent report by the Treasury Department implied:

It would be a very different kind of crisis. I don’t think we have a comparable default by a printer of the world’s most essential currency. Ever.

Louis Hyman, assistant professor of labor relations, law, and history at Cornell's ILR school, writes that a potential default would put even more pressure on those already strapped for cash:

If we default on our debt payments, interest rates will skyrocket. This explosion in interest rates will cause our future repayments to eat up more of our budget. For consumers, we will see nearly immediate widespread defaults as well, as all of those adjustable rates for credit cards, mortgages, cars, and everything else will go up. Everyone living on the margins of their paycheck will be pushed over the edge.

Georgia's Stephen Mihm, who in addition to his academic career writes a regular column for Bloomberg, sounded the only optimistic(-ish) note:

To default on the nation's debt is disastrous, but I think the financial markets recognize that this is a consequence of the actions of a small minority within the Republican Party rather than the inability of the United States to service its debt.

Still, he concluded, the long-term consequences could be very bad indeed.

So, an unprecedented crisis that will affect the most disenfrachised Americans first, but which might not be so bad because it's being forced by a small minority of a minority party. Nothing to worry about, right?