Chris Christie and the Legacy of New Jersey’s Rosa Parks 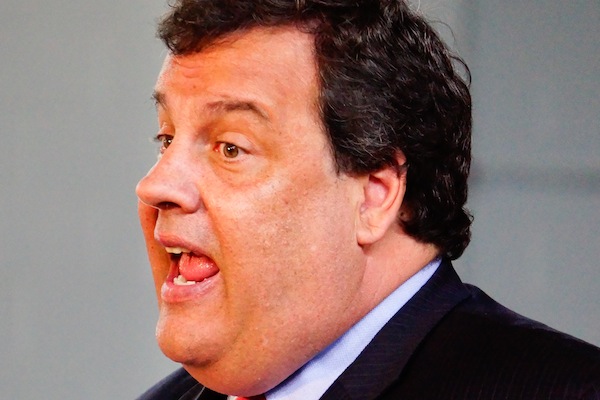 It is hard to imagine any circumstances in which a public official would try to openly dismantle the legacy of Rosa Parks. But since taking office in 2010, New Jersey Governor Chris Christie -- the man Time labeled the “Master of Disaster,” in a nod to the compassionate human touch he displayed in the aftermath of Hurricane Sandy -- has worked tirelessly to rollback the legacy of his state’s own Rosa Parks, the late Ethel Lawrence.

So far, Christie’s efforts have been beaten back by the New Jersey Supreme Court. Two weeks ago, the Court ruled for a second time against Christie, upholding the two court decisions known as Mount Laurel I and Mount Laurel II that resulted directly from Ethel Lawrence’s efforts to keep African Americans from being pushed out of developing suburbs. But it is shocking that it has even come to this, for it is no overstatement to say that Lawrence and the Mount Laurel cases should be mentioned in the same breath as Rosa Parks or Brown v. Board of Education.

Today, Mount Laurel is one of Philadelphia’s archetypal suburbs, but up until the 1960s, it was a small, rural community. African-Americans lived there from the days when New Jersey laws allowed slavery, and later many became tenant farmers on white -- owned land.

In the 1950s and 60s, the growing network of highways that came through Mount Laurel - particularly the New Jersey Turnpike -- made the area attractive to developers. When farmers could sell their land for so much more than their crops could ever bring -- in 1963, one farm sold for nearly $2 million -- they did not hesitate. In the process, tenant farmers were cast off, leaving many of the town’s poor black residents corralled in a kind of shanty town called Springville.

Led by Ethel Lawrence, a group of residents formed the Springville Community Action Committee in 1968 and secured a small grant from the state to begin planning a low-income housing project. But Mount Laurel’s existing zoning laws allowed the construction only of single-family homes. In order to permit the low-income housing, the Mount Laurel township council -- which openly spoke in favor of building an “executive-type town” -- would have to revise the zoning ordinances. Predictably, it refused. “If you people can’t afford to live in our town,” said one town committeeman, “then you’ll just have to leave.”

But Ethel Lawrence would not leave. Born in 1926, Lawrence grew up tenant farming in Mount Laurel (where her family had lived for generations), and she was a mother of eight children, a Girl Scout leader and church pianist. And like Rosa Parks, Lawrence was an officer in her local NAACP. In Southern Burlington County NAACP et al v. Township of Mount Laurel, ultimately best known as Mount Laurel I, Lawrence made an ideal plaintiff.

During the four day trial in March 1972, township lawyers acknowledged that a “pattern of economic and social segregation” existed in Mount Laurel, but they denied that town officials had anything to do with it. The racial separation occurred, they suggested, as a result of market forces. The judge, shocked that some plaintiffs had been forced to leave their homes, even though some had lived in them for fifty years, disagreed. He ruled for the plaintiffs and ordered town officials to work with Ethel Lawrence and others to find a solution.

Mount Laurel’s officials complied as little as possible, but in March 1975, the New Jersey Supreme Court unanimously upheld the lower court’s decision and ordered the state’s developing towns to rewrite their zoning laws so that developers could provide a “fair share” of the state’s poor and moderate-income citizens with housing.

It was a stunning victory for the poor African American plaintiffs in Mount Laurel, but fierce reaction (marked, at times, by barely disguised racism) followed. Lawrence received death threats and saw her children frequently bullied and badgered.

In 1983, the state Supreme Court once again ruled -- in the case known as Mount Laurel II -- that Mount Laurel and other municipalities must “in fact provide a realistic opportunity for the construction of [each community’s] fair share of low and moderate income housing,” and must prove they were doing so.

Following another wave of hostile reaction, the legislature finally intervened with a compromise. New Jersey’s Fair Housing Act of 1985 both validated the fair share ideal and provided mechanisms for suburbs to, in the words of one team of analysts, “buy their way out of much of their fair-share obligation” with only “a modest cash outlay.” Under “regional contribution agreements” supervised by a new bipartisan agency called the Council on Affordable Housing, suburbs paid to trade away as much as half of their fair-share obligation to urban areas.

It is this quite reasonable arrangement that Governor Christie has sought to upend. Perhaps because the long contest between Mount Laurel and its poor black residents lacked the vivid imagery we associate with the civil rights movements -- no fire hoses or German Shepherds unleashed on protesters, no iconic photo of Ethel Lawrence in police custody -- Christie has gotten away with painting the Mount Laurel doctrine’s fair-share obligation as reckless judicial activism. Now that the Court has stopped his attempts to eliminate the Council on Affordable Housing and to let municipalities essentially determine what their own fair share of affordable housing would be, Christie speaks openly of reforming the “liberal” Court.

But decrying judicial activism is a smoke screen to hide attempts to roll back a historic civil rights victory. Indeed, a 2010 study showed that Mount Laurel has seen no negative effects as a result of the opening of the Ethel Lawrence Homes (in 2000, six years after Lawrence died); instead of spikes in crime and plunges in surrounding property values, the development has seen higher rates of employment and income among its residents (as compared to prospective residents who moved elsewhere) and, among their children, better education. More broadly, the Mount Laurel doctrine resulted in 60,000 new units of affordable housing in the state -- far less than what is needed, but still an achievement worth remembering.