So You Want to Write?

Vaughn Davis Bornet, Ph.D. (Emory, ’39, ‘40G), is a native of Pennsylvania and a research historian with two Emory degrees, a graduate year at University of Georgia, and the history Ph.D. from Stanford University 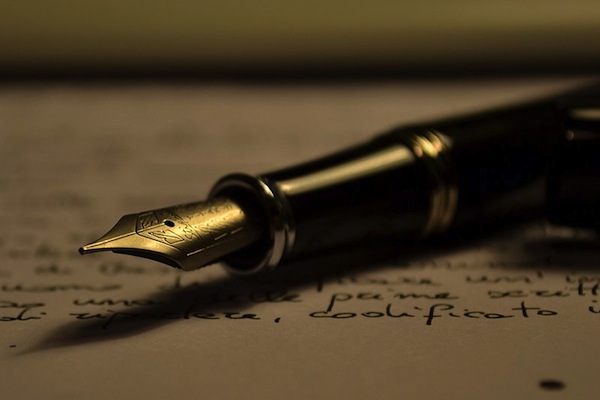 But just ordering yourself isn’t working, you say? Let’s see what’s wrong and set it right.

First, there is that blank page on a computer, with symbols all over the screen. Maybe you need a blank sheet of paper. Some have always composed with fountain pen. I did for years. Once, when saturated with a subject but with no prose, I went to a nightclub alone and sat with pen and paper for, oh it must have been four hours, producing a twenty page essay. It went into the final book almost unedited. Why a nightclub you say? It was too noisy to focus irritably on any particular noise; I didn’t know a soul in the place; no phone; only the self-assigned task before me. So: I wrote steadily, having no excuse not to.

I used to leave my study and go to the dining room table when in need of producing important paragraphs. I wrote the concluding paragraph of the Hoover book there. It was published as written (I still have the handwritten draft). It was there that I wrote and rewrote—fourteen times—the first paragraph of California Social Welfare, draft after draft, possibly a week or more passing as the drafts got tighter. I have always been pleased with that summation of three full years of paid research and writing: “California—an area larger than the British Isles or Japan but smaller than France, and second only to Texas in size among the states; with a population approaching that of New York State... —is the locale of this analysis of social welfare financed by taxes and contributions. California’s 58 counties outnumber the states in the Union. Their diversity in climate, in physical appearance, and in economic activities nearly matches that of the whole nation.”

The book is on “welfare” but that word does not yet appear. It has sponsorship; that entity didn’t rate. What in the world was I doing? I was setting the stage for what was to come. First California; only then social welfare.

Say my subject is English as a Second Language instruction. First sentence? Well: “Ignorance is not bliss. Ask anybody. ………………” The mind is the locale.

I certainly ought to get inspired to write something with that start! Many writers have outlines of where they are going. I did; but nowadays I don’t. I have been known to place twenty or so paragraphs on cards and then shuffle them to produce a better ordering of subjects covered. A few will drop out; gaps in coverage easily appear.

Why, exactly why, am I so worked up that I feel I have to write a page or two on something? If you don’t know that, it will be hard going. Indeed, why bother. If you don’t care, why will the reader?

The subject may be my Hobby. I intend to extoll it and defend it and advance it and explain it and apologize for its shortcomings. Start by all means with the subject matter you know most about and care about and would perish if muzzled from covering. Blurt out a conclusion: Offer an amazing factoid. Quote Authority. Crush a critic, quoting him/her. List some things: “Without these…all hope is lost. Here is the sine qua non (that without which nothing). Abandon hope all who fail to heed my words of great wisdom. You MUST listen. I have found the answer. Me. Me. Soon, if all goes well and you pay attention, it will be You, You. Get out there and Act as I urge, or all is lost.” Passion is the watchword.

Why review a book if you really don’t give a damn about it? That simple fact will shine through like a beacon and all will be lost. A committee comes to you and says you are perfect to write something or other for them. Red light! It’s somebody else’s subject, not yours. Unless you can make it yours, stay clear.

At last you are all through, a second draft, at least. When do you let it go to be (to print)? Hard to say. Don’t still be revising a year later—long after it has been in final print. We are not all Walt Whitmans, redoing Leaves of Grass forever and a day. Go to something new, don’t be sentenced to the same old thing. Although I know a historian who stuck to Woodrow Wilson for an entire career; others did that with Washington or the Bible. But those are not narrowly focused subjects by any means….

Before releasing that essay to the printer do read it out loud. With someone listening. There is something about hearing your prose. One hears errors that lie unseen. Great speakers improvise some of the very most important remarks of their lifetimes during the moment of delivery. Lincoln’s Gettysburg Address concludes with “; that this nation under God shall have a new birth of freedom…” The couplet under God was not there in the drafts.

Just a bit afraid to appear permanently in print for all the World to see? Maybe it will help to sit down and actually write no matter what. Can you somehow force yourself to address the envelope and mail it off? Do reflect on how some critics treated poor Abraham Lincoln after the classic Gettysburg Address in 1863. Said the Chicago Times, “The cheek of every American must tingle with shame as he reads the silly, flat, and dishwatery utterances of the man who has to be pointed out to intelligent foreigners as the President of the United States.” There were but 268 words, but they were indeed well chosen. Enough to cover, but not so many as to conceal, one might say. He had written a clarion call to every generation of Americans. It didn’t take the prose of Gone With the Wind or Moby Dick to do it, either.

The discipline enforced by being given a 300 or 600 word limit is useful. So many times I was given books of great complexity to review for journals with but a pittance of words in which to cover the author’s intent, his content, and the book’s portent. Those dozens of book reviews meant a great deal to my writing style and my ability to force myself to write even when I was unenthusiastic, aware that few would ever read my pearls, and detouring from my central work to write essentially as ordered by some unknown editor.

The great historian Thomas A. Bailey said to persuade your enemies to read your drafts. People sympathetic to you will forgive your bad prose and not sniff out flaws! He sent out as many as two dozen drafts of particular book chapters for comment. It would be nice if somebody would take on reading and criticism of all your work, forever--but that is expecting a lot. Nevertheless, many of the great ones are that fortunate.

It is a matter of opinion, but I tend to think that if one doesn’t think a particular audience is worthwhile or important the writer will partially fail to do good writing for them. You think they aren’t worth it! A picture of the Audience is vital to refining the prose. Writing for children is perhaps different than writing for adults; writing for professionals is unlike writing for students. Maybe. I have heard presidential addresses before scholars that were simple in phrasing and anything but complex in the crafting—and they were smash hits.

It will help you to write if you tell yourself that you want to get across several points and a few facts, no more. That you hope to inspire one or two actions or reactions, not a panoply of emotional deeds. A great piece of writing doesn’t have to be one that covers an entire subject (or even mentions many subjects). You may find that writing short pieces on a theme will ultimately result in an entire tome on your favorite subject. Paragraphs become chapters; chapters become sections; sections cover the entirety.

Writing should be fun. Oh, it’s work, all right. Some of the research can border on drudgery. The typing, the never ending editing, the interminable waiting for publication—well, maybe it’s not all that much fun. Still, there is a feeling of accomplishment that goes with writing. Something has been created out of nothing. People who read will somehow be different from the way they were before they read. Don’t you just know it? Writing is a release in any case; you feel better. If few read your typed draft and it never gets published—so be it. You know your thoughts were recorded for All Posterity. With luck, they will never die. And in a very real sense, with your words still around, you won’t either.