Would We Still Have Had "The Sixties" If Kennedy Had Lived?

James T. Patterson, professor of history emeritus at Brown University, is author of The Eve of Destruction: How 1965 Transformed America (2012). 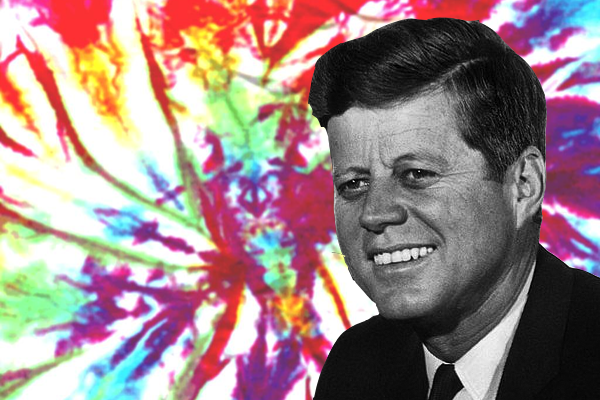 
When John F. Kennedy was assassinated fifty years ago, Americans were not yet immersed in what we think of as the “Sixties,” an angry, turbulent period that did not surge to the fore until late 1965. On the contrary, most people in late 1963 had good reason to be optimistic. The nation was enjoying an economic boom that had started in 1961. Economic inequality was at an all-time twentieth-century low. Controversy over immigration -- which restrictive legislation had lowered since the 1910s -- scarcely existed. White violence notwithstanding (in September, four black girls had been murdered in a Birmingham, Alabama church), the civil rights movement remained largely interracial and nonviolent. In August, Martin Luther King Jr. had delivered his Dream.

After November 22, 1963, however, some Americans spoke as if the assassination of Kennedy had all but obliterated this promising situation. The murder of JFK, a young man declared, “has made all other acts irrelevant and trivial; it has displaced time with paranoia, good with evil, relative simplicity with incomprehensibility, and an ideal with dirt.” A historian later added, the United States “stopped being a place of infinite progress. Instead, there were suspicions of dark and far-reaching conspiracies.”

Will such laments ever end? Maybe not, for millions of Americans still choose to remember Kennedy as one of our greatest presidents. An ad for one of the many commemorative books being hyped today, The Kennedy Years, proclaims that the book will remind us of “1,000 DAYS THAT CHANGED THE WORLD.”

Of course, we will never know what Kennedy might have accomplished after 1963 or whether some of the turmoil of the later ‘60s would have been averted had he lived. Admirers believe that if reelected he might have secured passage of historically significant domestic programs that his relentless successor, Lyndon Johnson, achieved in 1964-65: Medicare and Medicaid, a Civil Rights Act and Voting Rights Act, historic immigration reform, and federal aid to education. They add that JFK would have resisted the urge to send in hundreds of thousands of American troops to Vietnam.

But this is “what if” history. Moreover, we do know what Kennedy did while as president. Caring above all about foreign policy, he also recognized that without reliable congressional backing he should not overexert himself on behalf of domestic measures. Citing Thomas Jefferson, he declared, “Great innovations should not be forced on slender majorities.” Thanks to opposition on Capitol Hill, he had already failed to secure passage of a key proposal, federal aid to education. His civil rights bill -- which he waited until June 1963 to introduce and which was considerably weaker than the measure that Johnson drove to passage in 1964 -- seemed almost certain in November 1963 to die in the Senate. Then, as throughout JFK’s presidency, some liberal observers were bewailing the political caution of an unfocused administration. Does this sound familiar?

Would Kennedy have avoided military escalation in Vietnam? His admirers stress that he had secured a limited test ban treaty with the Soviet Union earlier in 1963. Fears of nuclear catastrophe had eased. But Kennedy, like most leading American politicians in 1963, was a Cold Warrior. Members of his administration, including Attorney General Robert Kennedy, were secretly involved in machinations aimed at assassinating Fidel Castro. When JFK belatedly turned his attention to Vietnam in late 1963, he made a variety of statements about the situation -- torn, he was uncertain how to proceed. But he never promised to remove America’s roughly 17,000 “military advisors” from South Vietnam. In September, he said, “I don’t agree with those who say we should withdraw. That would be a very great mistake.”

It is obvious that Kennedy’s assassination was a tragic event and that (with Oswald’s murder) it served as a catalyst for later paranoia. But it did not drive the nation into the social and political turmoil of what we know as “the Sixties.” On the contrary, liberals hailed LBJ’s leadership, which contributed to his landslide victory in 1964, and they remained optimistic in early 1965 about the potential for domestic reforms. Mainly, the turmoil of the later 1960s stemmed from powerful forces unrelated to JFK’s assassination: intensifying racial conflict, as evidenced in Watts in August 1965, deepening generational conflicts, and military escalation in Vietnam, which also began in 1965.

Instead of thinking that Kennedy’s 1,000 days in the White House changed the world -- or that his death led quickly to “evil” over “good” -- we would do well to remember him as a telegenic and pragmatic politician who was murdered before he was able to accomplish much of substance.