How the New Deal Defines the Debate Over Obamacare

by David Davenport and Gordon Lloyd

David Davenport is a research fellow at the Hoover Institution. Gordon Lloyd is a professor of public policy at Pepperdine University. They are coauthors of the recent book, The New Deal and Modern American Conservatism: A Defining Rivalry. 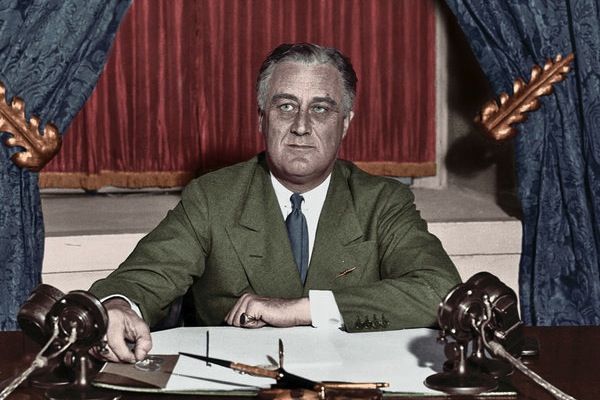 The debate surrounding the Affordable Care Act continues -- remarkably -- more than three years after it was signed into law. Both liberals and conservatives alike seem to understand that this is not only the signature accomplishment of Barack Obama's presidency, but the most important extension of the New Deal since the adoption of Medicare and Medicaid in the 1960s. Indeed, the healthcare debate is a reminder that, after eighty years, the New Deal remains as the basic framework for American domestic policy and it is still going strong.

When we go back to examine the debates between Franklin Roosevelt and Herbert Hoover about the New Deal in the 1930s , we come back with a better understanding of principles underlying the public policy debates today. Both Franklin D. Roosevelt and Herbert Hoover agreed that the quarrel of the 1932 election was, as Hoover said, “more than a contest between two men, more than a contest between two parties.” It was a contest, said Hoover, “between two philosophies of government” that would decide “the direction our nation will take over a century to come.” Roosevelt agreed: March 4, 1933 (his inauguration as president) marked the transformation of America. It was an historic clash between liberty and democracy.

Starting with his 1932 Commonwealth Club campaign speech and continuing through his Second Inaugural Address in 1937, Franklin Roosevelt proclaimed that the old American order of “the financial Titan” and do-nothing laissez faire government had come to an end. “The day of enlightened administration has come,” Roosevelt concluded. It was time for a “new deal” to secure a decent life for “the forgotten man.” We needed to realize, Roosevelt proclaimed, that democracy is actually “a quest, a never ending seeking for better things.” We needed a reappraisal of American values articulated in the Declaration of Independence as well as the Constitution and Bill of Rights, away from the earlier attachment to Jeffersonian individualism and states’ rights and toward an interdependent “national democracy.” We needed to turn away from a focus on the negative rights of the individual that constrains a government already constitutionally divided against itself and move toward a united centralized administration that secures the positive rights of “everyone.”

In his First Inaugural Address, Roosevelt reinforced his intention to move the country away from congressional deliberation to presidential action: “I shall ask the Congress for the one remaining instrument to meet the crisis: broad executive power to wage a war against the emergency, as great as the power that would be given to me if we were in fact invaded by a foreign foe.” And in his Second Inaugural, Roosevelt declared “the challenge to democracy: I see one-third of a nation ill housed, ill clad, and ill nourished. ... We are determined to make every American citizen the subject of his country’s interest and concern. ...The test of our progress is not whether we add more to the abundance of those who have much; it is whether we provide enough for those who have too little.”

Former president Hoover, however, was shocked by the excesses of the New Deal in the 1930s, seeing Roosevelt’s philosophy and governmental programs as “a challenge to (individual) liberty” and a deliberate effort to replace robust, even “rugged” American individualism and a limited but constructive government – what Hoover called the exceptional American System – with a European version of regimented community. The New Deal programs, he argued, represented “a radical departure from the foundations of one hundred fifty years which have made this the greatest nation in the world.”

To be sure, the American System contained imperfections, Hoover acknowledged, but these problems were at the margin rather than systemic. Besides, the really “forgotten man” was much closer to, say 17 percent to 25 percent, than 33 percent of the population. Accordingly, Hoover argued, there was no need to engage in a radical transformation of basic values, regimentation of the lives of a majority of the people, and treating constitutional principles as the plaything of lawyers. The New Deal “steps off the solid highways of true American Liberty into the dangerous quicksands of governmental direction,” Hoover said. There was no need for “a gigantic shift of government from the function of umpire to the function of directing, dictating, and competing in our economic life.” Hoover urged Americans to resist the temptation to adopt the regimented European System.

This is precisely the debate that continues today. In order to deal with a relatively small percentage of Americans who were unable to obtain health insurance, Obama and his fellow progressives sought to implement a transformation of the entire healthcare system. Realizing now that they do not have the “liberty” the president promised of keeping their own policies, the American people are even more unhappy with the transformation than before. Progressives and conservatives alike acknowledge that the Affordable Care Act is doubtless an interim step toward a single-payer (government) system.

The two icons of the 1930s, Hoover’s “rugged individual” and Roosevelt’s “forgotten man,” must learn to coexist. There must be room for both individual liberty -- in this case allowing people to earn and keep their preferred health policies -- and coverage for those who cannot otherwise get it. The American people seem to understand that Obamacare tips the scales too heavily away from liberty and toward government regimentation. Let’s hope our leaders in Washington, D.C. get that message soon.