Dr. Lawrence Wittner (http://lawrenceswittner.com) is Professor of History emeritus at SUNY/Albany. His latest book is a satirical novel about university corporatization, What’s Going On at UAardvark? 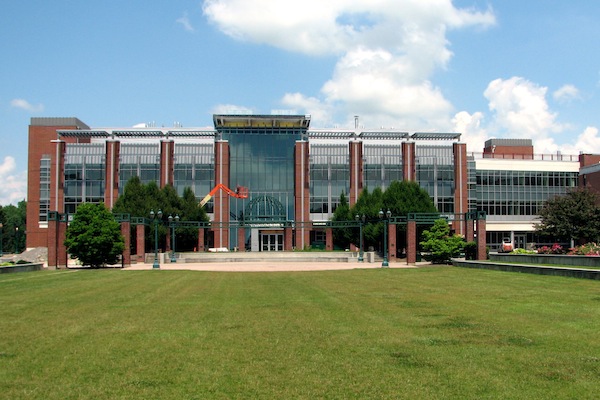 The State University of New York (SUNY) -- sixty-four higher education campuses with nearly half a million students -- is the largest university system in the United States. Therefore, when university administrators join the state’s governor in turning SUNY into a loyal servant of big business, that fact has significant ramifications.

The university’s new mission became increasingly evident in the spring of 2013, when Andrew Cuomo -- New York’s pro-corporate Democratic governor -- began barnstorming around the state, calling for a dramatic “culture shift” in the SUNY system. Faculty, he said, would have to “get interested and participate in entrepreneurial activities.” The situation was “delicate because academics are academics. ... But ... you’d be a better academic if you were actually entrepreneurial.”

Cuomo’s barnstorming tour was a key part of his high-powered drive get the state legislature to pass Tax-Free New York, a scheme to provide ten years of tax-free status to private businesses, their owners, and their employees that relocated to SUNY campuses, university communities, or a few private colleges. This corporate welfare plan, renamed Start-Up New York, was enacted by the legislature in June with great fanfare about economic development and job creation -- although, at the time, New York State had already spent about $7 billion annually for economic development without any evidence that this funding produced anything useful.

Actually, Start-Up New York is only one component of a drive by the governor and SUNY’s bedazzled chancellor, Nancy Zimpher, to create a business-oriented university. Among other things, New York State’s new SUNY 2020 program provides for a $165 million Emerging Technology and Entrepreneurship Complex on the SUNY/Albany campus and encourages the hiring of faculty on the basis of their ability to fund themselves through outside income. In addition, Cuomo established the SUNY Networks of Excellence, designed, as a SUNY/Albany press release noted, “to foster entrepreneurialism and economic growth through public-private partnerships and give researchers the tools they need to bring their ideas to market.” The governor noted that this SUNY program would “draw new venture capital to invest in commercialization activities” and “will help bring our best ideas to market right here in New York State.”

The jewel in the crown, however, is SUNY’s College of Nanoscale Science and Engineering. Developed and headed by Alain Kaloyeros -- a wheeler-dealer who, with an annual salary of $1.3 million, is the highest-paid public employee in the state -- this enterprise was begun with a twenty-year $1 billion investment by New York and has reportedly drawn in $17 billion of investments from the nation’s biggest corporations, such as IBM and Intel.

Governor Cuomo, absolutely delighted by this thriving public-private partnership, has made Kaloyeros his top advisor on higher education and has given him the green light to create such SUNY partnerships elsewhere. The first, Nano Utica, was announced in October, and involves a $200 million state investment in a computer chip manufacturing and research center to be run by Kaloyeros’ NanoTech College and the SUNY Institute of Technology. Announcing the venture, the governor declared that “this partnership demonstrates how the new New York is making targeted investments to transition our state’s economy to the twenty-first century and take advantage of the strengths of our world class universities.” Only a few days later, the news broke in the Albany Times Union that “the NanoCollege has been aggressively acquiring real estate property from Albany to Rochester,” and was “quietly seeking developers for a similar [chip manufacturing] facility in Syracuse.” Amid talk of billions of dollars in private investments, the article noted delicately that the Syracuse venture “would likely need an educational component to fit in with Cuomo’s strategy of using the SUNY system to attract high-tech employers.”

Local campus administrators have been quick to jump on the bandwagon. In an article (“SUNY Cortland’s entrepreneurial spirit”) published in the summer 2013 issue of SUNY/Cortland’s alumni magazine, Erik Bitterbaum, the campus president, declared that his school was “taking steps to make sure our campus culture nurtures the spirit of entrepreneurism, one of the primary strategic goals” of the SUNY system. “Our graduates have built companies, restaurants and theme parks,” he boasted, and “own chain franchises, run mom-and-pop business and open health-, wellness- or fitness-related enterprises.” Furthermore, “business economics is now one of our most popular and fastest-growing majors,” “the College has an active Entrepreneurship Club,” and it recently began offering a two-course sequence in “entrepreneurism.”

Other SUNY campuses were not far behind. In the fall of 2013, SUNY/Albany hired an Associate Vice President of Business Partnerships and Economic Development to manage and advance public-private partnerships at the university, including the Emerging Technology and Entrepreneurship Complex and the Start-Up New York program. Even before that, the Dean of the College of Arts & Sciences called a special meeting of department chairs to hear a presentation about Start-Up New York by the campus president’s chief of staff and to address such questions as: “What kinds of businesses could your faculty potentially foster? Where would those businesses be located?” Other campus ventures included what the administration described as “the Young Entrepreneurs Academy (YEA!) . . . an eight month program that teaches middle and high school students how to start and run their own REAL businesses.” At SUNY/Delhi, the campus president told the press that she was hopeful that, under Start-Up New York, her college could work with a manufacturer on a new “biodigester” that would make good use of cow manure.

Turning a public university into a generator of private business activity and development seems a considerable departure from SUNY’s official mission statement, which promises that the university will “provide to the people of New York educational services of the highest quality.” Indeed, is it appropriate for an educational institution to be so thoroughly devoted to the fostering of “entrepreneurialism”?