Dear Tiger Mom: The 1920s Called and They Want Their Racial Theories Back 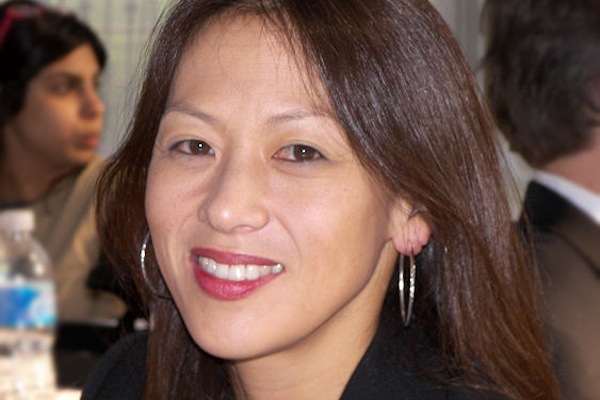 “Tiger Mom: Some Cultural groups are superior” – this headline from the New York Post prompted me to tweet the following:

While partly a snarky reaction to a book that invariably will deliver all-too familiar themes, it was equally a comment on the continuity of American racial ideologies across multiple generations, and multiple centuries.


Amy Chua and her antiquated ideologies are back.

The author of Battle Hymn of the Tiger Mother, which celebrated the superiority of Chinese American parenting styles, is set to publish a follow-up book in February. Co-authored with her husband, Jed Rubenfeld, The Triple Package: How Three Unlikely Traits Explain the Rise and Fall of Cultural Groups in America appears to be more of the same, expanding her cultural determinist argument, which imagined Chinese parenting as both superior and a pathway to inevitable success, to now include seven more groups (Jewish, Indian, Chinese, Iranian, Lebanese-Americans, Nigerian, Cuban exiles, and Mormons), whose success is attributable to their possessing the requisite values and cultural attributes. The selected groups, all of whom are immigrant groups, the selective grouping (only Cuban exiles; Lebanese-American but Nigerians), the lack of intersectional analysis, not too mention the dehistoricizing, reveals a flawed premise at its face.

As reported in the Post, Chua and Rubenfeld argue that “success” is attributable to three distinct cultural traits: superiority complex, inferiority complex, and impulse control. Simply put, Chua and Rubenfeld seem to argue that a sense of superiority -- confidence, purpose, and a belief in excellence -- alongside a sense of inferiority -- humility, modesty, and determination -- are two essential ingredients to success. For the sake of brevity, and my focus on historic continuity between Chua and a larger history of scientific racism, it is important to reflect on their understanding of “impulse control” and how it fits within a larger history of white supremacy, notions of civilization, and arguments about fitness, self-control, and self-governance. “As we’ll use the term,” write Chua and Rubenfeld, “impulse control refers to the ability to resist temptation, especially the temptation to give up in the face of hardship or quit instead of persevering at a difficult task.”

This argument is not new. Central to white supremacist discourses and practices, from the representations of minstrelsy and Jim Crow, to Native American bordering schools and contemporary mascots, is the idea that “racial others have impulses that demand a civilizing force in order to rein them in.” The inability to exert control over the “impulses” of racial others has also been cited throughout history as evidence of inferiority, reason for inequality, and the justification of state violence. For example, Anglos rationalized the conquest of California by citing the “lack of self-discipline” and “cultural backwardness” of the Californios. In their minds, Mexicans were “indolent people, whose backwardness reflected their having poor personal habits and collective deficiencies such as laziness or a penchant for extravagances.”

Irrespective of intent, The Triple Package builds on a long history of American racism, faux science, and racial discourses that have sought to normalize and naturalize inequalities. It’s a remix of Herbert Spencer, Charles Davenport, The Bell Curve, and countless other theories that have normalized white supremacy and socially produced injustices. Whereas past theories focused on biological differences that located the physical, psychological, and cultural differences within inheritable traits, Chua and Rubenfeld explain away differences and inequalities, arguing that individual values and cultural traits push certain groups to the top of “success mountain” and others into the pits of failure.

The book’s argument recycles longstanding arguments that governed systems of slavery, imperialism, and colonization. On the eve of the Spanish-American War, Alfred Mahan described Asia as “rich in possibilities,” but seemingly in waste because of “negligence and incompetence of its inhabitants.” The irony of Chua and Rubenfeld identifying Chinese or Indians as having the requisite cultural values, given this history, should give us pause. The cultural deficiencies and the lack of “political fitness” meant that the land and resources were underdeveloped and therefore no one had “natural right to land.” As with the indigenous communities, the lack of development within in Cuba, Puerto Rico, Philippines, and throughout Asia necessitated action and intervention. “Will anyone seriously content that the North American continent should have been left forever in the hands of tribes,” Mahan asked, in justifying U.S. expansion overseas as part of a history of the civilized, anointed by God, conquering “savages who waste land and resources.” Success and failure, civilization and the lack thereof, were tied to culture.

Chua and Rubenfeld's arguments remix the worldview visible within social Darwinismby also drawing upon arguments made by those who have contended that any resources and help directed to “those unsuccessful” and “inferior” groups was pointless. In this sense, Chua and Rubenfeld are the twenty-first century version of Frederick Hoffman, whose “Extinction Thesis” was central to early-twentieth-century scientific racism.. With “Race Traits and the Tendencies of the American Negro,” Hoffman argued that because of biological and cultural deficiencies, blacks would invariably face extinction. The inevitability of failure and ultimate extinction meant that societal investment was pointless. According to Evelynn Hammonds, Hoffman offered a clear conclusion:

Given these high rates of tuberculosis and other kinds of infectious diseases, we expect the Negro and the Native American to become extinct. They just simply will not be able to survive the rigors of civilization because in part, their bodies are not fit for those environments. Their intellects aren't fit to compete with us. They are not capable of engaging with us in the rough and tumble world of the marketplace. And therefore, they will simply die off.

It is hard not to see Chua and Rubenfeld in this tradition of “scientists” and “commentators” who have concluded that the “racial other” is destined for failure. Without the requisite values and cultural toolbox, success is an impossibility.

The dangers in such arguments are visible throughout history. However, the seeming erasure of structural inequalities, racism, segregation, and other forms of violence, for the sake of narratives of cultural values, personal responsibility, and work ethic is alive and well. The GOP’s assault on any sort of safety net, or Newt Gingrich’s claim that black youth lack any understanding of “hard work,” or the panics that result in claims about welfare recipients purchasing TVs or those on food stamps eating too much junk food.

Basically, the problem is this: for Chua and Rubenfeld -- and for many others -- differential outcomes, or successes, however they are defined, among groups are not about systemic inequality but individuals; not about job discrimination but a lack of drive or self-worth; not about redlining, FHA loans, or racially targeted subprime loans, but a sense of entitlement; not about a racist war on drugs, but an inability to say no to drugs. Like their predecessors, such arguments are not only offensive, simplistic, and without basis, but damaging. “Progress” -- justice and equality -- will not result from resuscitating the racial theories of the 1920s or the 1880s. Sadly, Chua and Rubenfeld seem intent on bringing us back to the future.