Kristie Miller and Robert H. McGinnis are the authors of an upcoming biography of Mark Hanna. 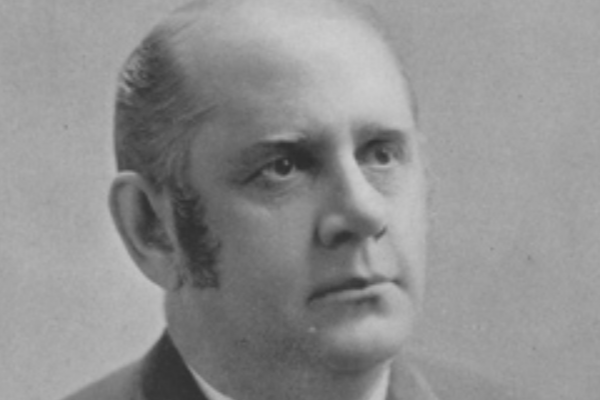 For years, historians writing about Mark Hanna have relied on two books by Thomas Beer (1889-1940), Hanna and Mauve Decade. Both books contain excerpts from supposedly real letters and reminiscences. A December, 2013 study by forensic linguist Carole E. Chaski suggests that the documents cited by Beer are not authentic.

At the end of Hanna, Beer appended a 5,300 word report purportedly prepared by his father, William Beer, who worked with Hanna. The report, dated November 11, 1899, was well written, detailed, and packed with insider information and political gossip. We hoped to use it in our upcoming Hanna biography, but something made us uneasy – the report seemed too good. It was longer and better expressed than other documents written by William that we had seen. We asked Dr. Chaski, an expert in authorship identification, to examine the report and compare it with other writing samples of both Thomas and William.

She recently finished her analysis. “William Beer might have written some of this report,” she told us, “but Thomas Beer personally wrote at least half of it. The computational text analysis and statistical results identify Thomas as the author of at least half of the alleged report by William. No credible linguist could ignore Thomas's role. We cannot say, in any meaningful sense, that this report was solely William’s.”

Dr. Chaski’s conclusion comports with other research done by scholars who studied Beer’s biography of Stephen Crane. In 1990, Stanley Wertheim and Paul Sorrentino published a painstaking analysis of Beer’s drafts of Stephen Crane: A Study in American Letters. The authors concluded that letters in the book supposedly written by Crane were either concocted by Thomas Beer completely or extensively altered by him. Since then, Stephen Crane has been “thoroughly discredited,” according to English professor John Clendenning, who has described Beer as “one of the great American con artists.”

We searched through documents obtained from the Beer Family Papers at Yale and did not find the report. We also searched for nineteen other documents that Beer had identified by date, author and content in Hanna and Mauve Decade. We did not find them either. We also looked for papers that might indirectly prove the existence of these documents. Again, we found nothing. We did not tell Dr. Chaski about our concerns or lack of documentary evidence; it is Dr. Chaski’s practice to work as independently from other researchers as possible so as to avoid confirmation bias.

When Wertheim and Sorrentino first exposed Thomas Beer’s deceptions in his Crane biography, they wrote:

In light of Beer’s fabrications…accounts of incidents and persons…which cannot be verified from sources outside of Beer’s writings should be extirpated from Crane biography and criticism.

This advice should be expanded to include studies of Hanna as well. Although quoting Beer in the past was standard procedure, we should avoid doing it from now on.

If a detail can be independently verified, however, we can use a Beer quote while citing a more reliable source in a footnote.

Beer can also be used to capture a fundamental reality, with a disclaimer. Lew Gould took this approach effectively in his recent biography of Edith Roosevelt, writing when our research was not yet completed, that a quotation attributed to Mark Hanna might “have been one of Thomas Beer’s inventions, but it reflected an underlying truth.”

But if Beer is the only source, be wary.

1. “‘He has advertised McKinley,’ Theodore Roosevelt told my father, ‘as if he were a patent medicine!’” (Hanna, 165)

10. “He had lately scandalized a dinner-party by observing that all questions of government in a democracy were questions of money, thus preceding Oswald Spengler in the opinion by two decades.” (Hanna, 168)