What the Left and Right Still Get Wrong About Ronald Reagan

James Graham Wilson works in the Office of the Historian at the Department of State, and is the author of The Triumph of Improvisation: Gorbachev’s Adaptation, Reagan’s Engagement, and the End of the Cold War (Cornell University Press, February 2014) The views expressed here do not necessarily reflect those of the Department of State or the U.S. Government. 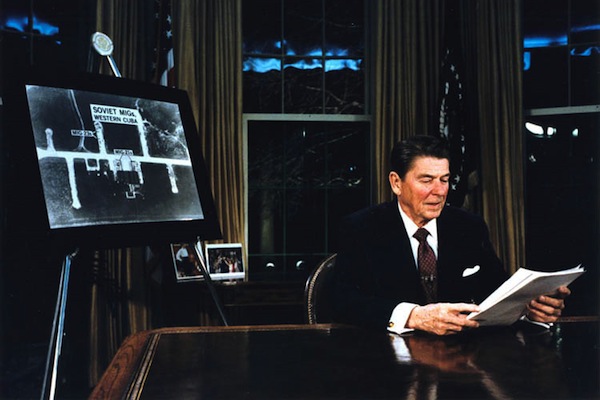 Episode 22 of CNN’s Cold War series features a clip from Spitting Image, a British satire featuring grotesque puppets purporting to take us inside the Reagan White House.  “Ronnie! You’re not dressed up scary for Halloween!” declares the first lady. “Nance! If John F. Kennedy were alive today, he’d be younger than I am.  I’m 75 years old and I’ve got my finger on the button!  I just couldn’t think of anything more scary than that!  Trick or treat, fellers!” The president then lobs a grenade into the room. [Starts at 6:25]

The Spitting Image parody sums up what Reagan’s critics saw as his attitude toward nuclear weapons. The title of the episode -- “Star Wars” -- refers of course to the Strategic Defense Initiative (SDI), which Reagan announced in March 1983. Reagan hated this sobriquet, adopted by his critics, because the president regarded SDI to be fundamentally peaceful, and he also believed that Americans would never exploit its defensive advantages. His supporters covered their ears for that last part; they figured the real purpose of SDI was to squeeze the Soviets into submission. 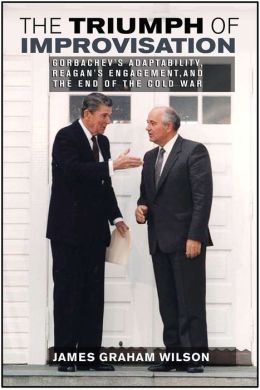 Critics and Supporters got Reagan wrong when it came to nuclear weapons and “Star Wars.”

From 1985-88, Reagan engaged with the Cold War adversary to try to rid the world of nuclear weapons, and SDI/ “Star Wars” was the central component for this grand vision. Incredibly, for someone who previously expressed uncertainty over whether its leaders could be trusted on anything, Reagan proposed to share the technology with the Soviet Union, and even mused about putting it in the hands of the United Nations.

“The president stressed that he was prepared, once any of our SDI programs proved out,” read the minutes of a September 20, 1985 meeting of the National Security Council declassified and on file at the Ronald Reagan Library, “to then announce to the world that integrating these weapons in our respective arsenals would put international relations on a more stable footing.”

“In fact,” the president went on to say, “this could even lead to a complete elimination of nuclear weapons. We must be prepared to tell the world that we were ready to consult and negotiate on integrating these weapons into a new defense philosophy, and to state openly that we were ready to internationalize these systems.”

Reagan grew even more passionate about sharing SDI after he met the Soviet leader, Mikhail Gorbachev, in Geneva in November 1985. “We should remember the principle of sharing SDI at the deployment stage,” the president told his team on February 3, 1986.  “As we continue to develop SDI we need to find a way for SDI to be a protector for all -- perhaps the concept of a ‘common trigger’ where some international group, perhaps the UN, could deploy SDI against anyone who threatened use of nuclear weapons.  Every state could have this guarantee.”

No U.S. leader but Ronald Reagan could have gotten away with saying these things. Who could conceive of a more extraordinary prospect than an American president sharing a nuclear shield with the Soviet Union?  Someone who wanted to vest America’s national security in the United Nations, perhaps, while the world embarked upon eliminating nuclear weapons.  Reagan proposed doing the first one, hinted strongly at the second, and contemplated these schemes just three years after calling the Soviet Union an “evil empire.”

At Reykjavik in October 1986, Reagan proposed Gorbachev a deal.  Both sides would begin reducing nuclear stockpiles. The United States would construct SDI and share it with the Soviet Union.  SDI would provide insurance so that both sides stuck to their commitments to disarm.  Then, after both sides had dismantled their nuclear arsenals, they would keep SDI to protect them from a madman such as Libya's Muammar el-Qaddafi, for instance, should he ever get the bomb.  The ultimate goal was a world without nuclear weapons.

Even after Gorbachev rejected the deal, Reagan pressed to share SDI with the Soviets. "Why can't we agree now that if we get to a point where we want to deploy we will simply make all the information available about each other's systems so that we can both have defenses," the president asked his national security team on 8 September 1987.  "I don't believe that we could ever do that," Secretary of Defense Caspar Weinberger responded.

In December 1987, Reagan and Gorbachev signed a treaty to eliminate intermediate-range nuclear forces.  The president never gave up trying to get an agreement to reduce strategic ballistic missiles (START) before the end of his presidency. He instructed his team on February 9, 1988: “the bottom line is you’ve got to go for the gold.”

Reagan delivered the same message to Gorbachev that he gave his own advisors behind closed doors.  In other words, sharing SDI to help scrap missiles was not a ploy.  On this matter his critics and supporters got him wrong. In dreaming of a world without nuclear weapons, Reagan got it right.